Ellen Lloyd - AncientPages.com - If you ever visit Sweden during Christmas, make sure to go to the city of Gävle where you can see a huge goat made of straw standing at Slottstorget (Castle Square).

The giant goat is erected every year at the beginning of Advent over a period of two days. It’s an annual Christmas tradition based on Norse legends and worship of Thunder God Thor. 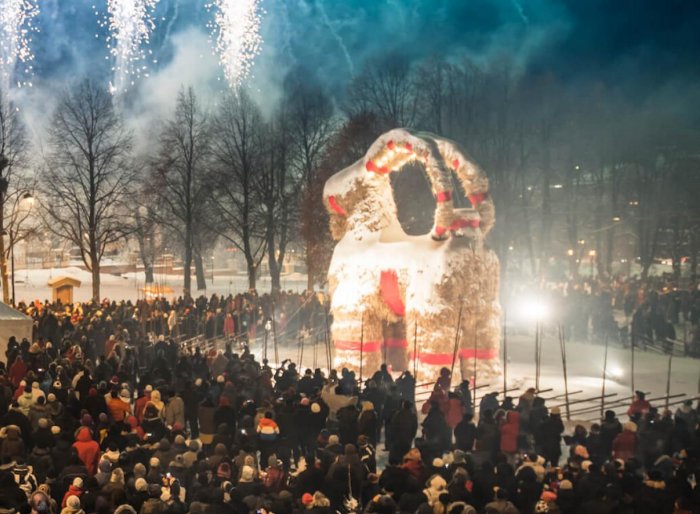 According to the Guinness Book of World Records, at 49 feet tall to the upper curve of its horns, the 1993 version of the Gävle goat holds the record for the world’s largest straw goat.

The history of the Yule Goat goes back several thousands of years and there are many ancient myths and legends that show how important this animal was to our ancestors.

In some Norse myths, God Thor was said to riding a flying chariot drawn by two goats.

It was believed that the goats Tanngrisnir (“Gap-tooth”) and Tanngnjóstr (“Tooth-grinder”), who pulled Thor’s chariot, provided food for the god and his friends.

People in Scandinavia were not the only ones to understand the value of the Yule Goat. From Slavic mythology, we learn that Sun God Dazbog was represented by a white goat. Koliada (Yule) ancient pre-Christian Slavic winter festival that was later incorporated into Christmas started to honor the God of the fertile Sun and the harvest. The Koliada festivals always had a person dressed as a goat, often demanding offerings in the form of presents. 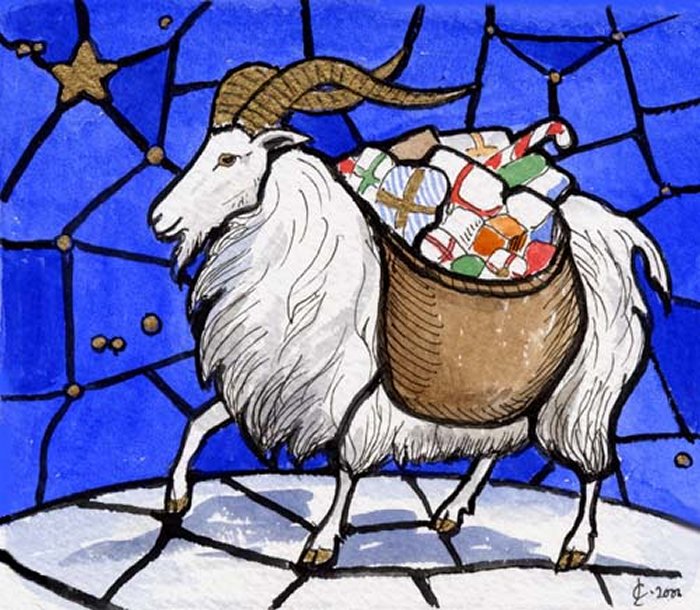 The Yule Goat is one of the oldest Scandinavian Yule symbols and traditions.

So, the Yule Goat's origins go back to ancient Pagan festivals and the celebration and beliefs have changed much over the years.

In ancient times, people in Sweden believed that the Yule Goat was an invisible spirit that would appear some time before Christmas to check if the Christmas preparations had been done properly.

There was a time when the Yule Goat was considered a demonic and frightening creature that roamed the countryside on the night of December 25, demanding food and frightening devout Christians. This changed with time and the Yule Goat turned into a beloved being, worshipped all across Scandinavia. 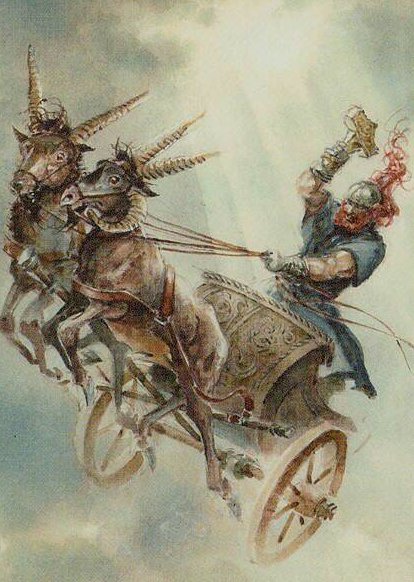 During the 19th century in Scandinavia, the Yule Goat received almost a similar role as Santa Claus. People dressed as the Christmas Yule Goat and traveled door to door distributing small gifts to the families they visited.

Variously known as a julbock (Sweden), julebukk (Norway), or olkipukki (Finland), the tradition of making straw goat ornaments during the Christmas season is still alive all across Scandinavia and Northern Europe. Yule goats range in size from tiny ones to tie on the Christmas Tree to the giant goat erected in Gävle. 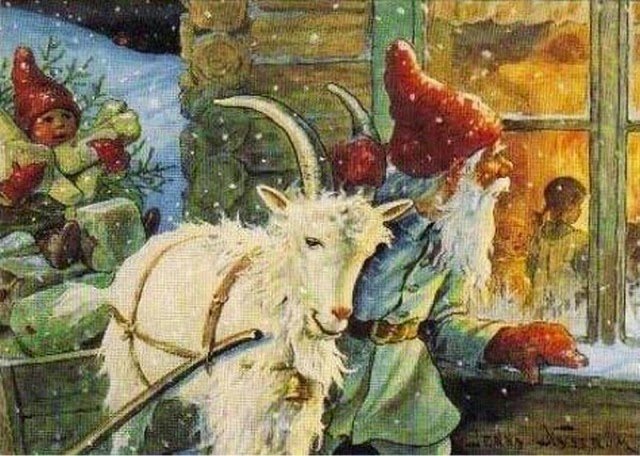 The first Gävle Goat was put up on December 1, 1966. Unfortunately, in the last years, the wonderful straw goat has been repeatedly destroyed by vandals. It has been burned down on several occasions and today many people feel the goat needs better protection. So, these days there are even safety cameras monitoring movements around the goat.

Fortunately, the fire station is close to the location where the goat is erected and, in most cases, they can extinguish the fire before the whole wooden structure is damaged.

Vandals may try and destroy the Yule Goat, but the fact remains that in Sweden, Norway, and Finland the Yule Goat is as much a part of Christmas tradition as Santa Claus or Frosty the Snowman.

The Yule Goat is simply a very important Christmas symbol in Scandinavia.