AncientPages.com - The Ice Age world was, geologically, just a moment ago. Fascinating but today extinct giant animals, like mammoths, mastodons and giant ground sloths, coexisted with early Americans in those days.

For millions of years, these animals survived, living in temperate climates and on the wind-swept lands of the frozen north – great beasts weighing as much as eight tons and bearing tusks up to 16 feet long.

Mammoths and mastodons were wonderfully successful creatures of the Ice Age. They were a source of food and artistic inspiration for ancient peoples who lived in Europe, Asia, and North America.
Then, something terrible happened and despite their gigantic size and ability to adapt to different habitats, these early cousins of the elephant eventually went extinct – leaving us an abundant fossil record. 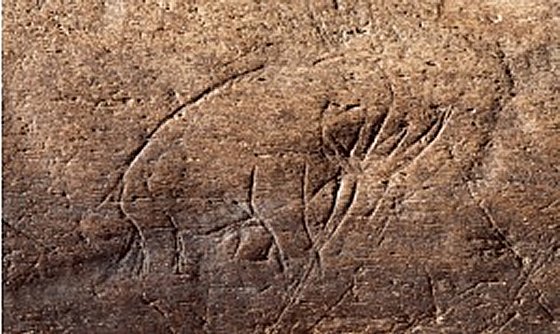 A depiction of a mammoth, carved into a fossilized bone found at Vero Beach, Florida, may represent the earliest known example of American art. From Purdy et al.

A team at the University of Florida determined the age of skeletal remains and claimed to have gathered evidence that humans reached the Western Hemisphere during the last ice age and lived alongside the giant mammals, now extinct.

The findings, published in the 'Journal of Vertebrate Paleontology', address the century-long debate about whether human and mammal remains found at Vero Beach in the early 1900s date to the same time period.

"The Vero site is still the only site where there was an abundance of actual human bones, not just artifacts, associated with the animals," said co-author Barbara Purdy.

New Evidence Reveals That Humans Settled In Americas At Least 13,000 Years Ago

"Scientists who disputed the age of the human remains in the early 20th century just did not want to believe that people were in the Western Hemisphere that early. And 100 years later, every single book written about the prehistory of North America includes this site and the controversy that still exists," Purdy said. 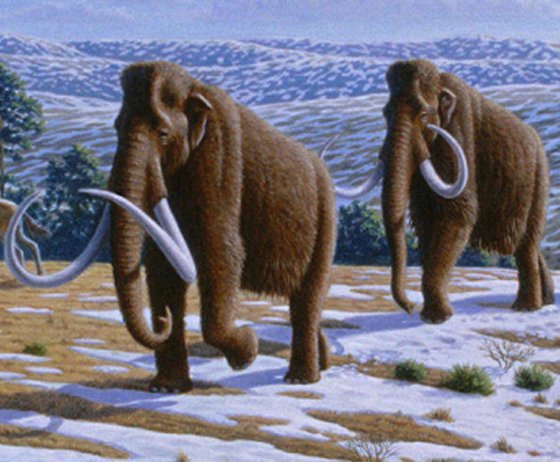 In their research, the team analysed samples from 24 human bones and 48 animal fossils in the Florida Museum's collections and determined the specimens were all from the late Pleistocene epoch about 13,000 years ago.

While rare earth element analysis method is not as precise as radiocarbon dating, Purdy said the significance of human skeletons found in Vero Beach is unquestionable in terms of their presence in the Western Hemisphere.

"Humans would have been following the animals for a food supply, but that's about all we know. We know what some of their tools looked like and we know they were hunting the extinct animals but we know practically nothing about their family life, such as how these ancient people raised their children and grieved for their dead," Purdy said.