Conny Waters - AncientPages.com - Ancient paintings showing eight Buddhist saints possibly dating back to over 1,300 years ago have been discovered on temple columns blackened by soot.

The images were found at the main hall columns of Shiga Prefecture's Saimyoji Temple, widely believed to be built during the Kamakura-era (1185–1333) and the first to be designated as a national treasure by Japan. 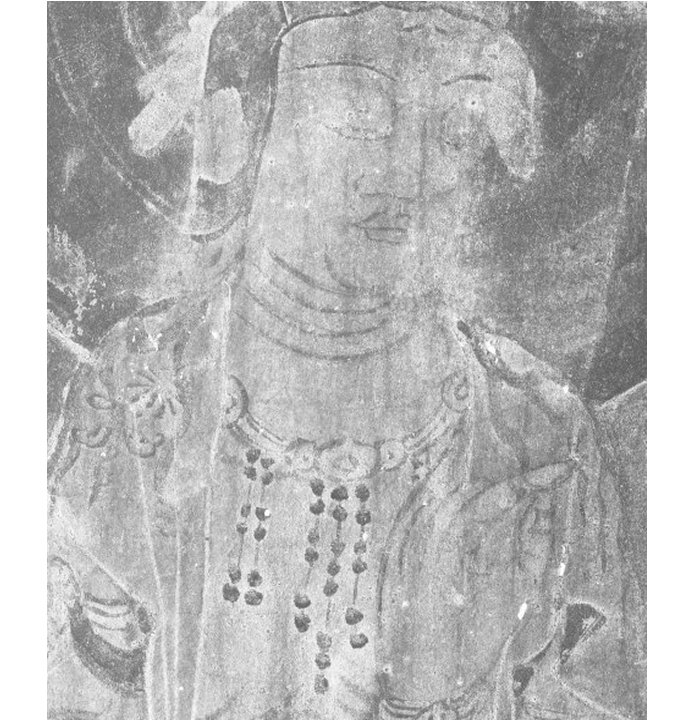 The researchers unmasked the secrets the columns have kept hidden in plain sight using infrared cameras.

"This is because when you shine a bright light, you can see something like the face of a Bodhisattva," he said in Japanese," said Hiroshima University art history professor Noriaki Ajima, who is part of the team that made the discovery. He also said he knew there were paintings drawn on the pillars, but he thought they were made more recently during the Edo period (1603-1867).

The restoration of the temple's zushi, a cupboard-like case with double doors where the principal image of the Buddha is kept, in June last year provided an opportunity for them to do a full-scale survey upon the proposal of the chief priest. What they discovered using their infrared cameras was that the paintings possibly date farther back to the latter half of the Asuka period (592-710). 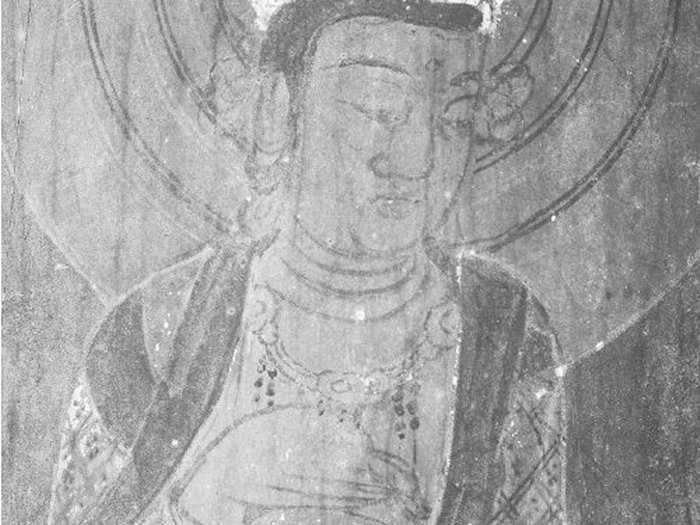 "It is generally believed that Saimyoji Main Hall was built during the Kamakura period and was expanded during the Nambokucho period," the professor explained.

"The first time I saw an infrared photograph, I was very surprised to find that the quality of the radiation was completely different from the ones I had studied since the Heian era, and after a detailed investigation, I came to the conclusion that it was the Asuka era."

Ajima said the discovery could be the oldest Japanese paintings next to the ones found at the Tamamushi no zushi inside the Horyu-ji Temple complex in Nara Prefecture. He said elements in the paintings like shapes of body parts, palm creases, and costume patterns suggest that they could have been made in the year 685.

He said the body shape and facial expressions were similar to the Kudara Kannon statue, named as a Japanese national treasure, and the paintings that decorate the Tamamushi no zushi—both belonging to the Horyu-ji Temple and created in the middle of the 7th century. The costume patterns in the column art were also similar to the ones used in the Tamamushi no zushi. The style used to express the inner ear and palm creases, however, weren't as sophisticated as the ones used at the main hall mural of Horyu-ji Temple which was painted in the 8th century.

Because of this, Ajima placed the creation of the column art during the latter half of the 7th century—between the time the Kudara Kannon and Tamamushi no zushi were created in the middle of the 7th century and the painting of Horyu-ji Temple's main hall at the beginning of the 8th century.

Looking at literary history could also provide clues on when the paintings were made.

Ajima explained that Inukami District in Shiga Prefecture where Saimyoji Temple is located was the home of 7th-century diplomat Inukami who in the year 684 was awarded a noble title under Emperor Tenmu's Yakusa no Kabane system. The next year, the emperor decreed that a Buddhist temple be built for each clan.

The discovery of column art has raised the possibility that the main hall of Saimyoji Temple could be older than Horyu-ji Temple's main hall which is currently recognized as the world's oldest surviving wooden building.