Jan Bartek -AncientPages.com - Belief in and practice of witchcraft in Europe goes far back in time. Witches were considered evil by Medieval people and the belief in the powers of evil spirits was also widespread. During the Middle Ages, people did all they could to protects themselves from what they considered to be “evil forces”. Carving marks on doors to ward off evil spirits was one way to protect your own being, your family, and everyone who entered your homes. 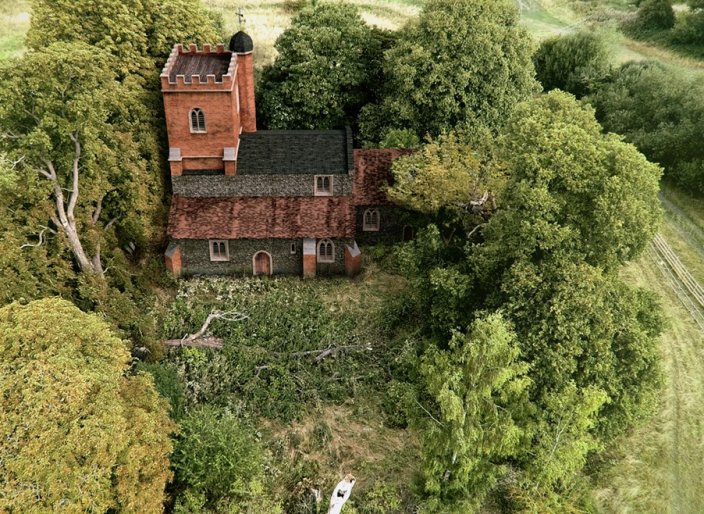 In Britain, there are many places where scientists have found peculiar medieval marks both in churches as well as houses and sometimes even on furniture.  Historians consider these markings to be ‘witches’ marks, created to ward off evil spirits by entrapping them in an endless line or maze, but perhaps not in all cases.

Recently, while excavating the remains of the Medieval church of St Mary in Stoke, UK, archaeologists noticed something eye-striking. They discovered some unusual stone carvings, medieval graffiti and other markings.   Two stones with a central drilled hole from which a series of lines radiate in a circle have been uncovered at the site of St Mary’s. 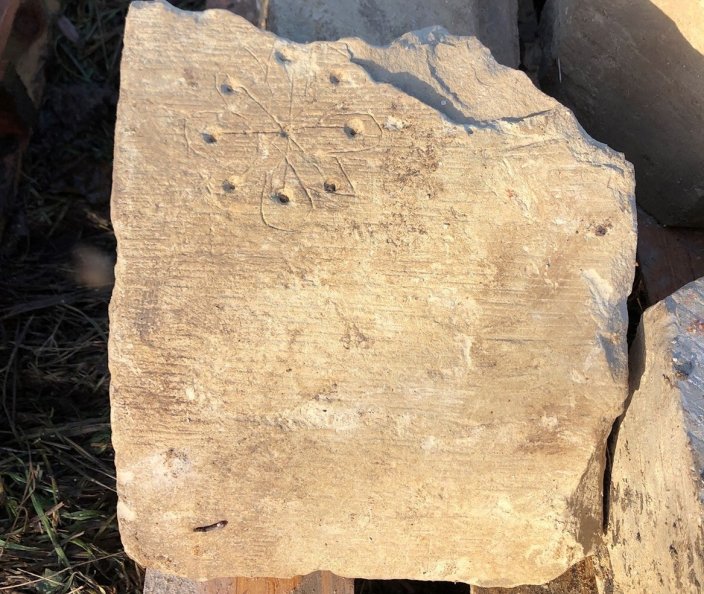 Most historians think these are witch marks used as personal protection, but it’s also possible they had a different purpose.

However, they can also be interpreted as early sundials, used by the church to divide up the day into morning prayer, midday prayer, and evening prayer.  These ‘scratch dials’ as they are known, are usually found close to the southern door of the church as it is a position better suited for a sundial.

At St Mary’s, one example of the markings was found low down in the west buttress close to ground level which has led archaeologists to question its purpose. The position of the stone would have meant that it wouldn’t have served a purpose as a sundial. This has left the possibility that it was there to ward off evil spirits or could have been a stone from a sundial re-used as part of the church building.

“The archaeology work being undertaken as part of the HS2 project is allowing us to reveal years of heritage and British history and share it with the world. Discoveries such as these unusual markings have opened up discussions as to their purpose and usage, offering a fascinating insight into the past,” Michael Court, Lead Archaeologist at HS2 Ltd said in a press statement.

The old church was built to serve the manor house and was located some way from the village center. It was replaced in 1866 by a new church built closer to the village.

Though it was known that the church had been demolished, the method and extent of demolition had not been recorded and it was, therefore, a surprise to the archaeologists to discover, that beneath the rubble the church survived to a height of almost 5ft with floors intact. 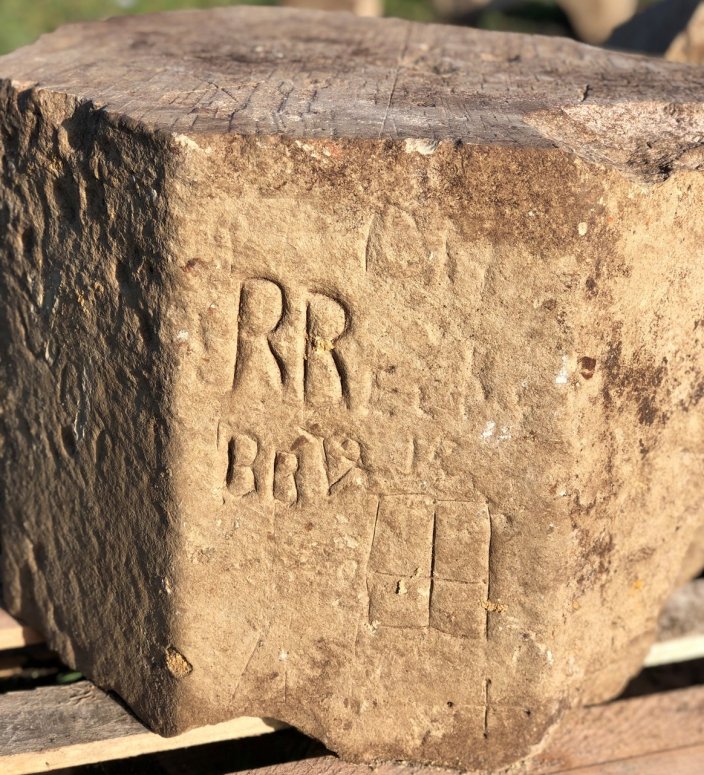 Detailed research into the structure of the church has allowed archaeologists to piece together a history of the development of St Mary’s. The church started off as a chapel built in about 1070, shortly after the Norman Conquest, and may have been at first the private chapel belonging to the lord of the manor at that time. The church was soon extended, and an aisle added in the 1340s. These new additions seem to mark a transition from a chapel used for private prayer to a church that was used by the local villagers.

Work to dismantle and excavate the church will continue into next year and archaeologists are looking forward to answering many more questions concerning the church and its architecture including discovering whether there may be a Saxon church lying beneath its floor.

Perhaps further studies will also reveal the true purpose of these unusual Medieval carvings and marks.