Archaeologists said the findings that cover the 150-meter-long area, could date back to the Neolithic era (New Stone Age) or the Bronze Age - from anywhere between 6,000 to 1,000 BC, according to early estimates. 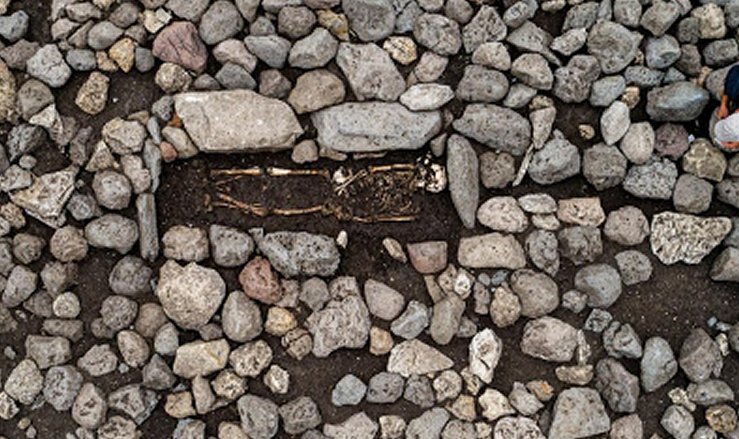 INRAP (l'Institut National de Recherches Archéologiques Préventives)  informed that “this is the first time that such structures, (standing stones, known as menhirs), have come to light in Auvergne, and more widely in the center of France.”

The researchers said that the ensemble first evokes the great Armorican megalithic monuments, notably that of Carnac, however, but it is part of a dense network of megalithic expressions present throughout Western Europe.

The stones measure 1m by 1.60m, and are “spread out across 150 meters across the excavation, and likely beyond it”, researchers said. They are in a north-south formation, and are in the style of “large, megalithic, Armorican monuments”.

In the same way as those found in Carnac (Morbihan), the monuments have “an impressive layout”, with the largest stones at the top of the slope towards the north, and the smallest, closer together and more towards the south.

"Pushed into large pits, sometimes mutilated or covered with earth, monoliths seem to have been intentionally removed from the landscape (change of community "beliefs?).
This ensemble first evokes the great Armorican megalithic monuments, notably that of Carnac, but it is part of a dense network of megalithic expressions present throughout Western Europe..." writes INRAP.

One stone is more “sculpted”, and is “largely anthropomorphic”, researchers added.

One‘statue’ is the only example [of its kind] known in the Auvergne. It has a rounded head, placed on rough shoulders, and shows two small breasts. (image above). 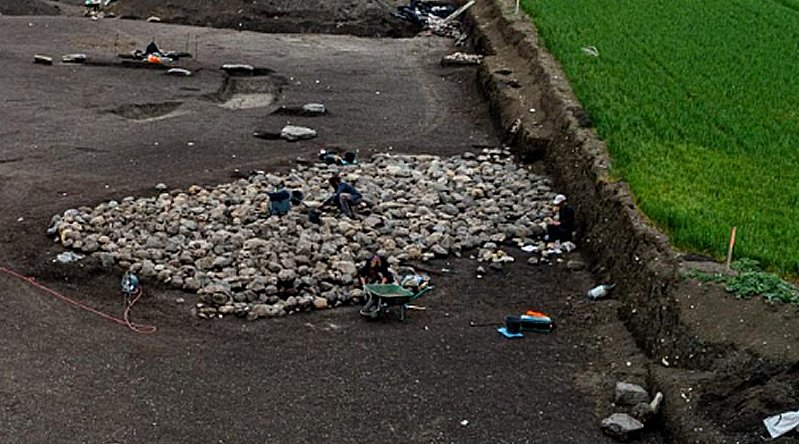 The excavation also revealed a burial ground, with the remains of a tall man, which had been covered with a stone that was 14 meters (45 feet)long and 6.5 meters (21 feet) wide.

As to the discovered cairn, "The cairn, 14 m long and 6.5 m wide, quadrangular, is built around a tomb. This burial welcomes the remains of a tall man. His body was protected by a receptacle of wood now disappeared, surrounded and wedged blocks. Given their size, some of these blocks may correspond to displaced or even deliberately fragmented menhirs.

As the alignment of menhirs, the cairn was finally deliberately removed from the landscape. The stones that constituted its elevation were torn from the monument and thrown into a large pit next to it..." (INRAP).

“In the same way as other monuments, such as Belz in the Morbihan, the menhirs of Veyre-Monton were taken down, to make them disappear from the countryside. They were pushed into large pits, sometimes damaged or covered in soil…[and] deliberately erased from the countryside," the archaeologists said.

“They were the object of iconoclastic acts; a sort of condemnation that may be linked to a change of community or of beliefs.”