Conny Waters - AncientPages.com - The Egyptian archaeologists conducting excavations at the Garza site in Egypt's Fayoum city unearthed a large funerary building/structure dating back to the Ptolemaic and Roman eras. 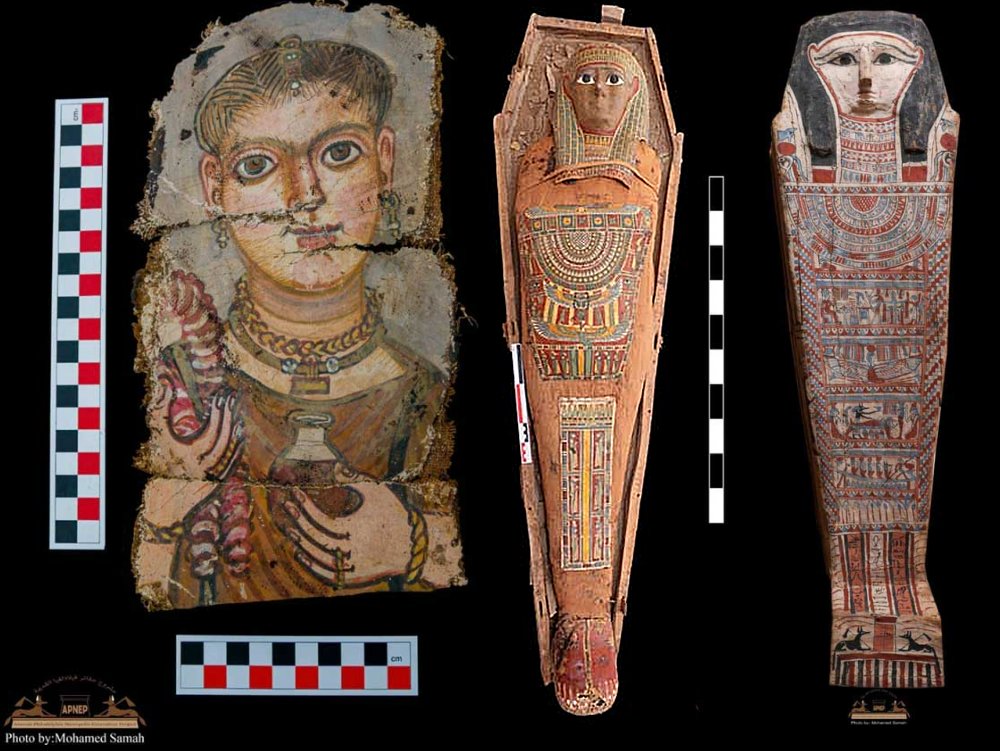 It is the 10th season of the archaeological excavations that started in the area in 2016, and now the team discovered a large funerary structure including beautiful Fayoum portraits.

The Garza village was previously known as Philadelphia village. It was established in the third century BCE as a central village within the agricultural reclamation project implemented by King Ptolemy II Philadelphus, also known posthumously as Ptolemy the Great,in the Fayoum region.

Its aim was to secure food resources for the Egyptian kingdom and it had both Greek and Egyptian inhabitants, writes Ahram Online. 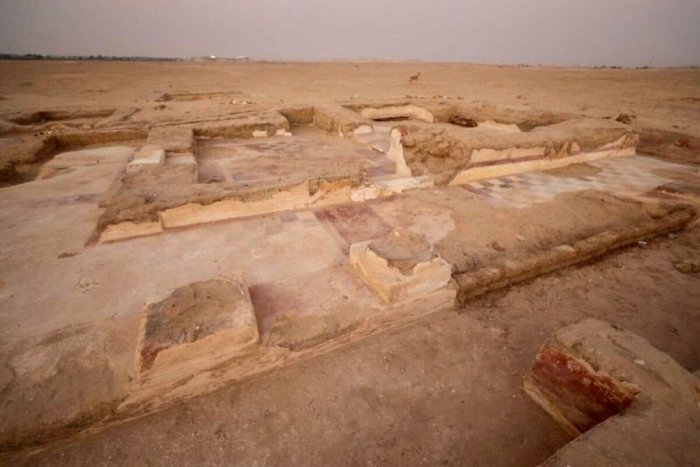 The floor of the funerary building consists of coloured lime mortar and is decorated with differently coloured tiles. In addition, the remains of four columns (found inside a column shed) were discovered in the vicinity of the building, said head of the Central Department of Egyptian Antiquities in Central Egypt Adel Okasha.

A number of coffins in both ancient Egyptian and ancient Greek styles were also found at the site, informed Basem Jihad, supervisor of the central training unit and head of the mission. 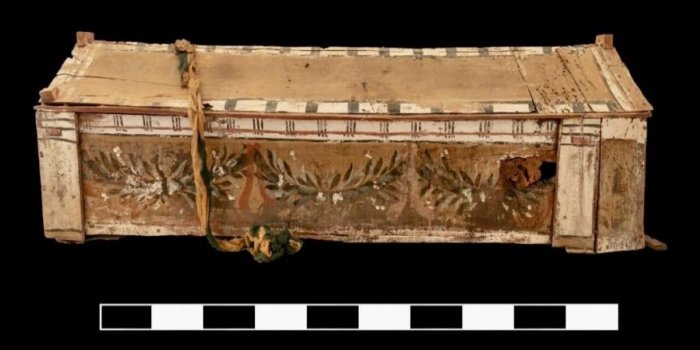 Another artifact from the excavated area. Image credit: Egypt Supreme Council of Antiquities

He added that this is characteristic of this site, and that many previous discoveries reflect this combination of architecture and artefacts from both civilisations.

Additionally, another significant aspect of  this new discovery is the variety and diversity regarding the quality of embalming extant during the Ptolemaic and Roman dynasties.

Secretary General of the Supreme Council of Antiquities Moustafa Waziri, explained that this variety, ranges from high-quality embalming to simple burials, and indicates the standard of living of the dead. 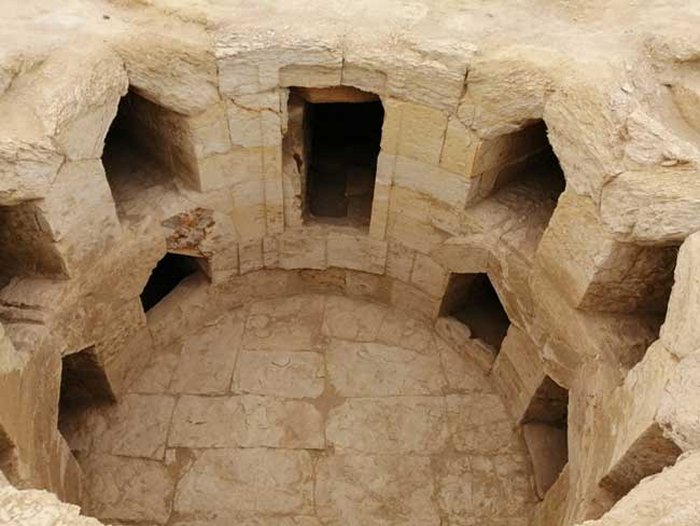 In addition, a number of portraits, popularly known as Fayoum portraits, were also uncovered by the mission. Okasha asserted that these portraits are the first to be discovered since English archaeologist Flinders Petrie unearthed a group of them back in 1907. 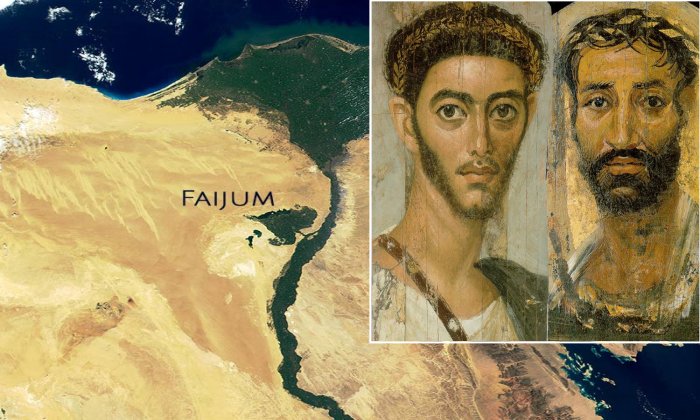 Known as "Portrait of a Bearded Man," the painting contained the purple pigment that came from an Egyptian mummy, but it doesn't look the same as what you might initially think of as a mummy -- not like the golden sarcophagus of Tutankhamen... Read more - here

Therefore, the recently discovered portraits are one of the most precious archaeological findings this season.

A rare terracotta statue of the goddess Isis Aphrodite was found in one of the wooden coffins, as well as a cache of papyrus documents.

The papyrus documents were inscribed in both Demotic and Greek script (both indicating the ancient Egyptian language), and reflect the social and religious conditions of the inhabitants, according to Waziri.