Jan Bartek - AncientPages.com - Scientists are attempting to unravel the mystery of a Roman noblewoman who was buried in a sarcophagus under London's Spitalfields market.

Who was this woman? Why did she come to London? Her silk clothes, interwoven with fine gold thread made of 97 percent pure gold and coffin suggest she must have been a person of high-status. The woman who lived in the 4th century A.D. was put to rest in a coffin decorated with scallop shells. 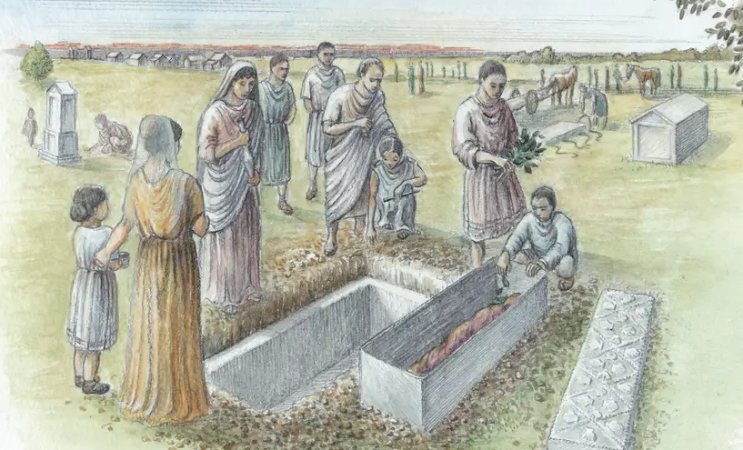 An artist's reconstruction of the burial of the Spitalfields Roman woman. Credit: Museum of London Archaeology

Scientists found her sarcophagus back in 199, but it’s only now new information about this discovery emerges.

“Microscopic analysis of tiny fragments of silk, wool and gold thread suggests that she was most likely dressed in an outfit of Chinese damask silk, the best parallels for which come from Palmyra in Syria, decorated with wool bands and rich gold thread tapestry. 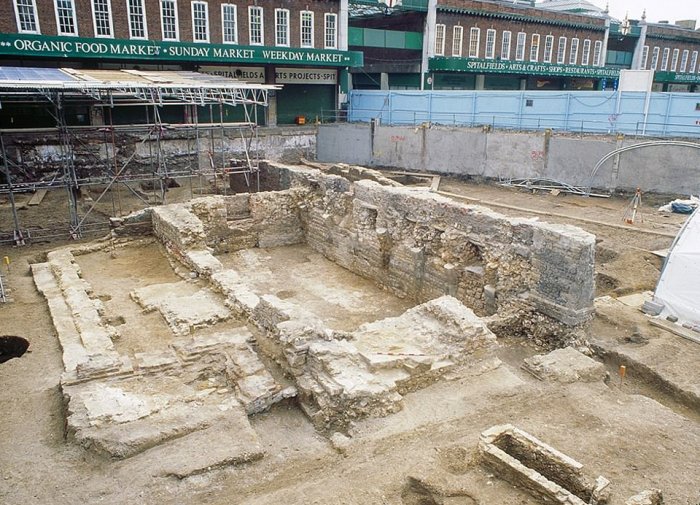 As part of an ongoing 30-year-long project the researchers have been trying to unpick the secrets of the region which has been integral to trade for the last two centuries. Credit: MOLA

The wool bands, now dark brown, were probably Tyrian purple at the time of burial – a prized pigment made from Murex shells and a clear indicator of status in the Roman empire. 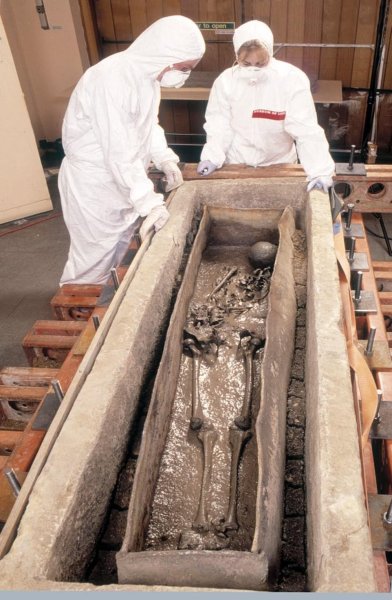 Conservators inspecting the skeleton of the Spitalfields coffin. Credit: Museum of London Archaeology

These rich materials give us a clear sense of the wealth of the Spitalfields woman and her place in the upper ranks of Roman London society. While she died in early adulthood, isotope analysis indicates that she had spent her childhood in southern Europe, probably in Rome itself – a reflection of the cosmopolitan character of London,” MOLA said in a press release. 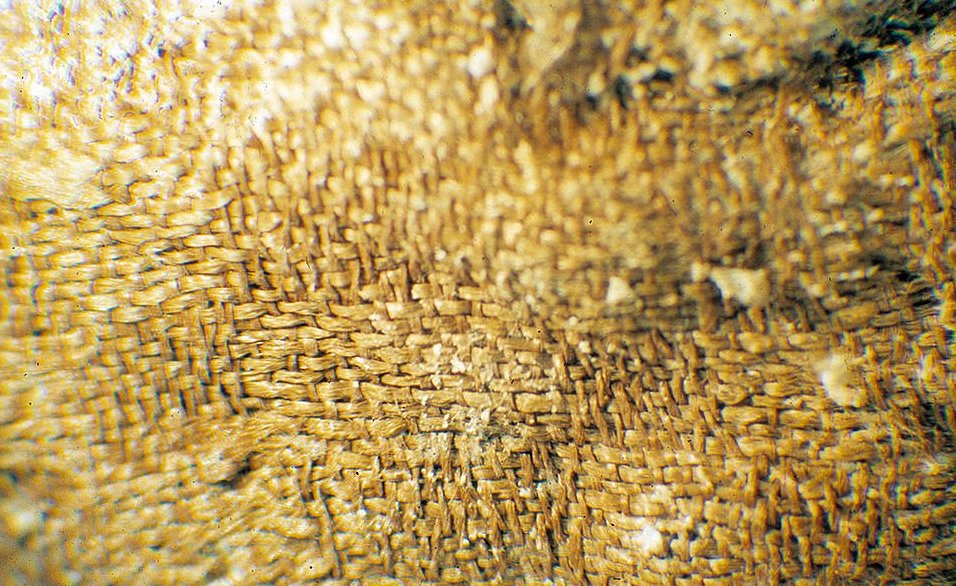 A close-up of the silk the Roman noblewoman was dressed in. Credit: MOLA

Why this woman came to London is unknown but most likely she was the wife of the Roman senators, who ruled between 350 A.D. and 410A.D.

Her sarcophagus was found among the graves of almost 500 individuals, most of whom were men.

Under the head of the Spitalfields Roman woman, researchers found evidence of a pillow made of bay leaves, yet another indicator of the opulent life she led. Her lead coffin itself was adorned with an elaborate pattern of scallop shells. Credit: MOLA

Researchers think most of the deceased men were Roman immigrants who came to England for labor. Newborn girls were not treated kindly though. They were either buried somewhere or murdered deliberately.

One of the ancient objects found in the sarcophagus. Credit: MOLA

MOLA researchers say this is often explained in terms of the social status of children in the Roman colonies and classical beliefs that infants did not have souls being reflected in more casual burial practices.

This new evidence raises the question as to whether infants were instead being buried in as yet undiscovered separate cemeteries.