Ellen Lloyd - AncientPages.com - Some historical mysteries cannot be easily solved. One of them involves King William II who died under mysterious circumstances. Historians are still debating what really happened on August 2, 1100, in the New Forest. Was King William II shot by accident or murdered?

Most likely, due to his red hair and hot temper, King William II, ( 1056 – 1100) was also known as Rufus the Red. King William II was the third son of William the Conqueror.

When Rufus the Red died, few people mourned him, and this has led historians to believe he was not very popular.  According to Frank Barlow, an English historian, known particularly for biographies of medieval figures, Rufus the Red was “a rumbustious, devil-may-care soldier, without natural dignity or social graces, with no cultivated tastes and little show of conventional religious piety or morality—indeed, according to his critics, addicted to every kind of vice, particularly lust and especially sodomy.” 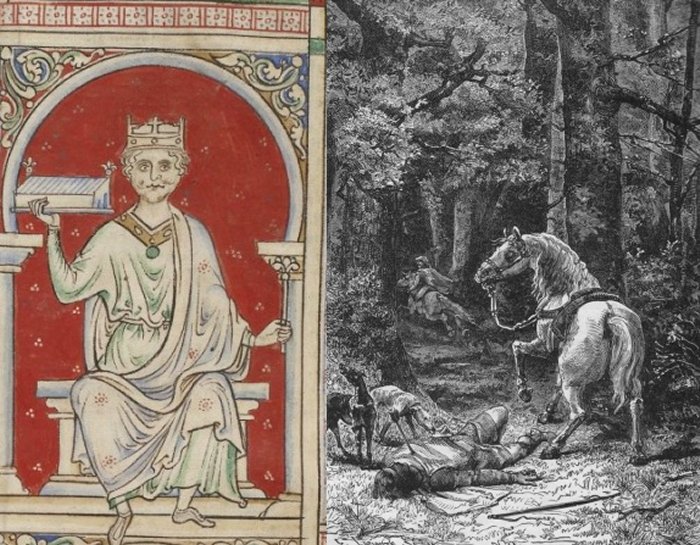 After giving this harsh biographical description, Barlow also stated that King William II was a competent ruler. “His chivalrous virtues and achievements were all too obvious. He had maintained good order and satisfactory justice in England and restored good peace to Normandy. He had extended Anglo-Norman rule in Wales, brought Scotland firmly under his lordship, recovered Maine, and kept up the pressure on the Vexin,” Barlow said about the king.

Rufus the Red had two older brothers, Robert II, who was better known as Robert ‘Curthose’, which basically meant ‘shorty pants, and another one with the same name - Richard – often referred to as Duke of Bernay, who died between 1069 and 1075.

From historian William of Malmesbury, we learn that Richard had “contracted a disorder from a stream of foul air while hunting deer in the New Forest. This led to Rufus the Red inherited the throne and became king of England in 1087. 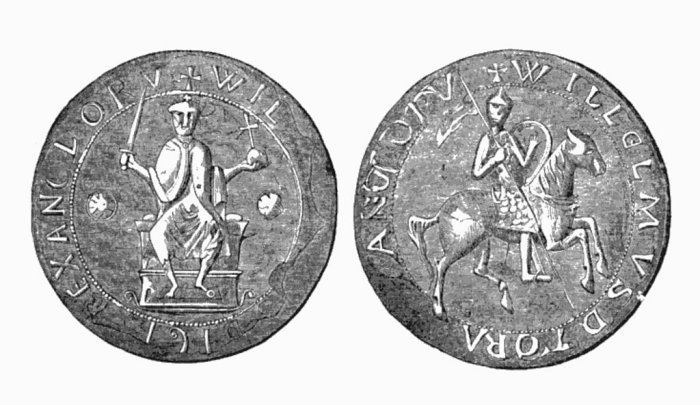 King William II was confident that he was one of the most powerful rulers in Europe. He prevented the dissolution of political ties between England and Normandy. Still, Rufus the Red’s strong-armed rule earned him a reputation as a brutal, corrupt tyrant. Like many other powerful people, he had his share of enemies.

This is also why we may never know what really happened on the day he died.

King William II is said to have died in a hunting ‘accident’, in the New Forest, probably near Brockenhurst. He was shot with an arrow through the lung. The circumstances of his death remain unclear and it’s unknown whether this was an accident or murder.

According to the Anglo-Saxon Chronicle, King William II was "shot by an arrow by one of his own men”. Later it was said that a deflected arrow, supposedly fired by Sir Walter Tirel, struck the king in the chest.

If it was not an accident, then who could be held responsible? Is it possible Rufus the Red was murdered by his own brother, Henry II who was part of the hunting party? After the arrow hit the King’s chest, he dropped down dead and his body was abandoned by the nobles at the place where he fell. A peasant found it later.

What has made historians suspicious is how fast Henry took possession of the crown. After learning that his brother had died, Henry hurried back to Winchester where he took possession of the royal treasury and he was quickly crowned. It was obvious that Henry had the most to gain by his brother's death and the fact that he had himself elected the next days showed he was very eager to become a ruler.

This has led some historians to promote the assassination theory, but as Barlow noted “accidents were common and there is not enough hard evidence to prove murder.”