Jan Bartek - AncientPages.com - The beautiful Golosov Lavine has always been a strange and mysterious place. It is said a puzzling time-warping mist occasionally appears over the ravine, and when it happens, people disappear.

Are the legends of time travel true? Can a person walk straight into a mist only to find themselves in a different place and time? Why have some who entered the thick, green mist vanished for years, and sometimes forever? 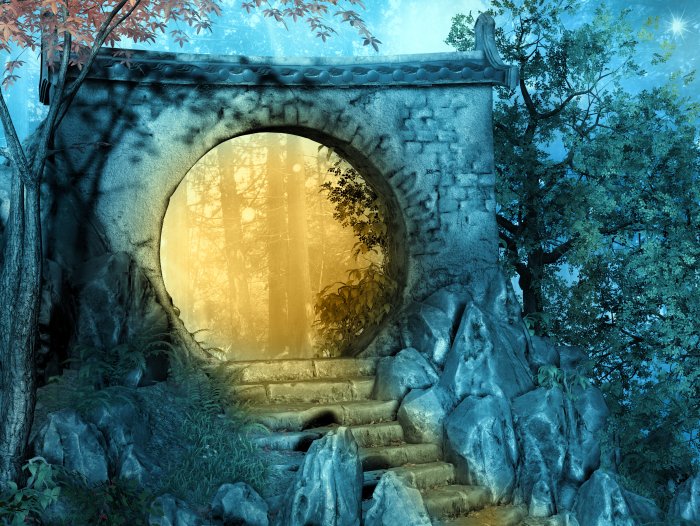 Are there places on our planet that are portals leading to unknown worlds? Credit: Adobe Stock - EllerslieArt

There are also many accounts of unknown strange beings seen in this area, and one of the major attractions here is an ancient shrine dedicated to Slavic God Veles.

Located in Moscow, Russia, between the Kolomenskoe Hill and Dyakovo Hill, the Golosov Lavine, also known as Vlasov Ravine, is an enigmatic site shrouded in myth and legend. The area was once home to a royal estate, but today it is a public area where people can escape the hectic life in the city and enjoy the gifts nature has to offer. It is a place where several unexplained events have happened in the past.

One of the earliest accounts of time travel dates back to 1621, a year during which a small detachment of Tatar horse riders turned up at the walls of the Tsar's palace in Kolomna. The Tatars were quickly surrounded and captured by the palace's guards. Knowing they were in big trouble, the Tatars said they had been lost and disoriented, "claiming to be part of the army of a Crimean khan that had attacked Moscow in 1571."

They quickly headed for the Golosov Ravine that seemed like a perfect hiding place to avoid being captured, but something unexpected happened there. Once the Tatar cavalry reached the ravine, they found themselves enveloped in a thick, green mist, and then, they vanished.

"Spending what seemed like only a few minutes finding their way through the fog, they emerged to find that 50 years had passed. They reportedly carried outdated equipment, and an inquiry formed by the Tsar found that the men "probably told the truth." 1

Another equally curious time travel account said to have taken place at the same site occurred in the 19th century. 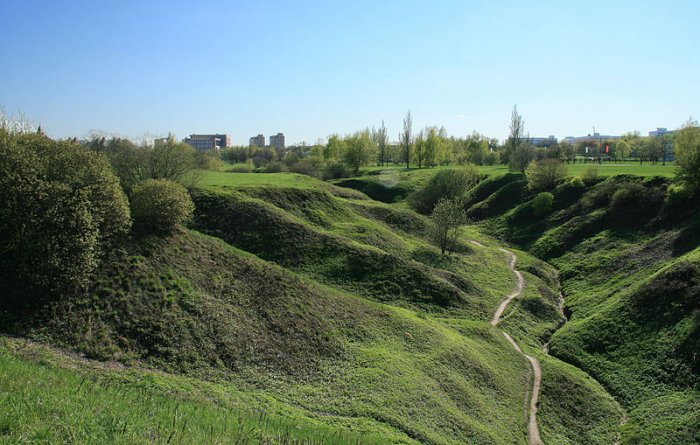 Two locale peasants, Arhip Kuzmin and Ivan Botchkarev "had a big night out at a neighboring village and decided to take a shortcut through the ravine on their way home. They finally turned up again 20 years later, telling a tale of finding themselves trapped in a dense fog at the bottom of a ravine, where they met large, hairy, manlike creatures who managed to put them back on the right path via hand signals.

However, they were shocked to find that two decades had passed, and that their wives and children did not recognize them. The incident was reported to the police who conducted an investigation, during which one of the men dis- solved into the fog and never returned or rather hasn't… yet." 1

Such strange stories make you wonder whether there are places that are portals leading to another unknown world. The legend of the Seven Sleepers of Ephesus also tells of people sentenced, sealed inside a cave, and forgotten by the world. When the cave was opened, "all the seven men awoke. None of them suspected anything extraordinary had happened. They were convinced they had only slept through one day.

It came as a huge surprise to all of the involved when they realized that the seven men had not been asleep one day, but rather 150 or 200 years!" 1

There are reports of peculiar beings roaming the Golosov Ravine. Like in several other places around the world, people say they have seen big hairy creatures that appear to be partly humanoid. People think the beings could be Leshy. In Slavic mythology, Leshy "was a masculine and mortal, humanoid creature that could punish for killing an animal from his own herd, without permission.

He was the most powerful ruler of the forest and wildlife. He ruled over success, hunting, and happiness, took care of pets, and helped the poor. 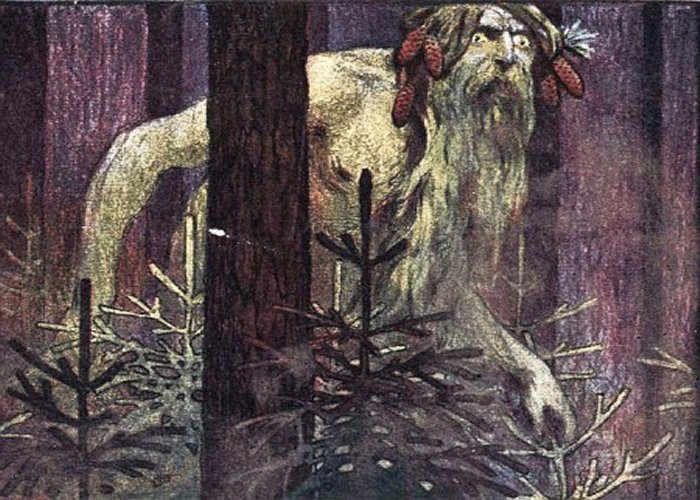 Many Slavic tales mention forest wanderers, who encountered Leshy, and the course of this meeting often depended on whether a person had something bad on his conscience or not.

He was depicted in human form or dressed in animal skins and his symbolic animal was represented by a deer and a wolf. However, this absolute master of the forest - as some say - is an earthly materialization of Bog Veles himself." 3

The Sacred Shrine Of God Veles

Veles, a powerful ruler of Nav, the land of the dead, is one of the most important Slavic Gods. "Veles has been always considered to be a complex mythological figure especially regarding his origin and the role he played in the ancient beliefs of the Slavs. Many different and contradicting features of this enigmatic deity, show his significance and meaning in the pantheon.

Veles is a very charismatic god but so is his brother and eternal opponent, Perun, the supreme god of the Slavic Pantheon as well." 4

It has been said that the Golosov Ravine once hosted an ancient shrine dedicated to the God Veles. Located high in the ravine, a group of sacred stones is known as the "sacred stones of Kolomenskoe." Golosov Ravine has also "several springs considered sacred in Russian Orthodox, neopagan, and new age traditions, and contains a neopagan sacred stone shrine consisting of two five-ton rocks called Diviy (radiating "female energy")and Gus (radiating "male energy")." 1

Golosov Ravine is beautiful and sacred to many. These sacred rocks and water attract Neopganas and other religious or spiritual people who like to visit the ravine to feel a unique atmosphere surrounding the place. It is undoubtedly a place worth visiting if you are in the area.