Conny Waters - AncientPages.com - Over twenty thousand years ago, the primitive man noticed that a piece of hollow cane or dried up fruit shell could make a sound if blown in a specific way. 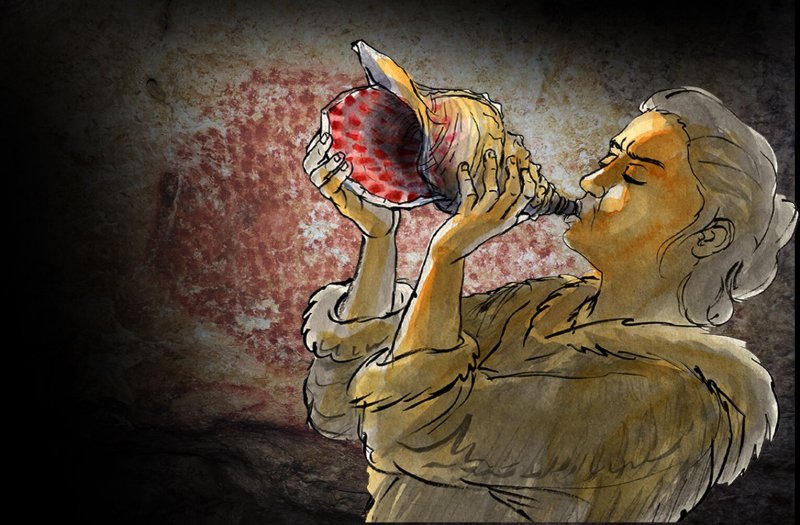 Reconstruction of the instrument being played. In the background, a red dotted buffalo decorates the walls of the Marsoulas Cave; similar motifs decorate the instrument. Credit: © Carole Fritz et al. 2021 / drawing: Gilles Tosello

The conch is a shell of various gastropod molluscs that is used as a musical wind instrument and it is one of the oldest musical instruments. One such shell instrument on display at kept at the Toulouse Museum is the copy of the conch of Marsoulas from the Magdalenian.

Now, almost 80 years after its discovery, a large shell from the ornate Marsoulas Cave in the Pyrenees has been studied by a multidisciplinary team from the CNRS, the Muséum de Toulouse, the Université Toulouse—Jean Jaurès and the Musée du quai Branly—Jacques-Chirac.

They believe it is the oldest wind instrument of its type. 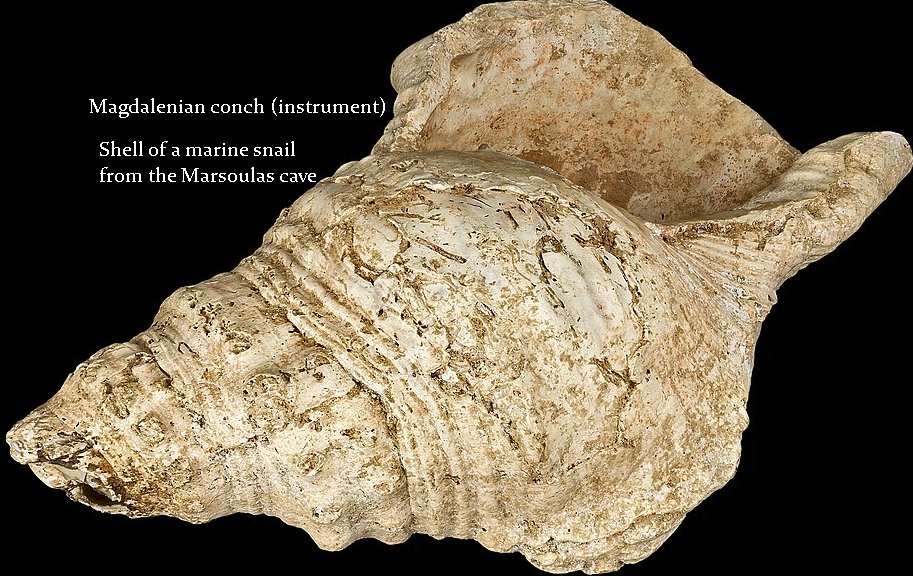 The Marsoulas Cave between Haute-Garonne and Ariège was the first decorated cave to be found in the Pyrenees. Discovered in 1897, the cave bears witness to the beginning of the Magdalenian culture in this region at the end of the Last Glacial Maximum.

During an inventory of the material from the archaeological excavations, most of which is kept in the Muséum de Toulouse, the scientists examined a large Charonia lampas (sea snail) shell, which had been largely overlooked when discovered in 1931.

The tip of the shell is broken, forming a 3.5 cm diameter opening. As this is the hardest part of the shell, the break is clearly not accidental. At the opposite end, the shell opening shows traces of retouching (cutting) and a tomography scan has revealed that one of the first coils is perforated. 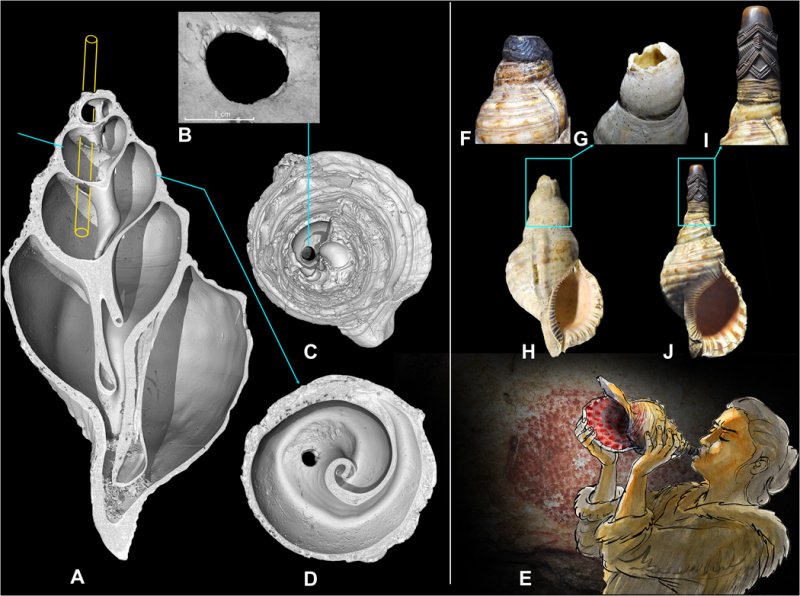 The Charonia, wind instrument. More about the instrument - here

Finally, the shell has been decorated with a red pigment, hematite, characteristic of the Marsoulas Cave, which indicates its status as a symbolic object.To confirm the hypothesis that this conch was used to produce sounds, scientists enlisted the help of a horn player, who managed to produce three sounds close to the notes C, C-sharp and D.

As the opening was irregular and covered with an organic coating, the researchers assume that a mouthpiece was also attached, as is the case for more recent conches in collection of the Musée du quai Branly—Jacques Chirac.

3-D impressions of the conch will enable this lead to be explored and verify whether it can be used to produce other notes. 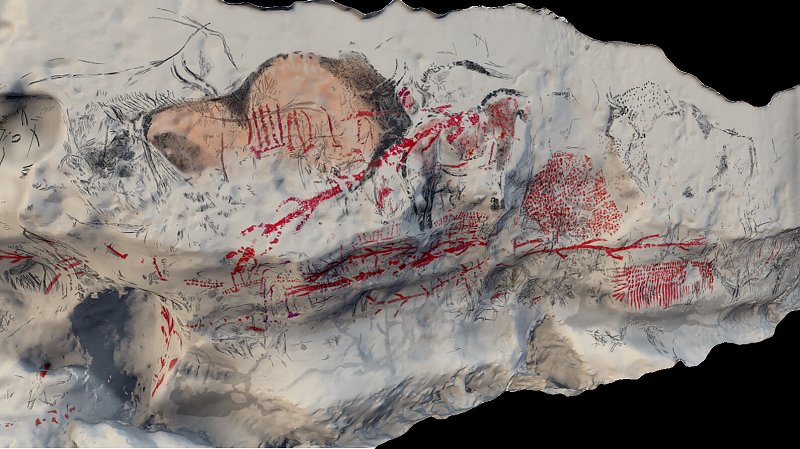 The first carbon-14 dating of the cave, carried out on a piece of charcoal and a fragment of bear bone from the same archaeological level as the shell, provided a date of around 18,000 years.

This makes the Marsoulas conch the oldest wind instrument of its type: To date, only flutes have been discovered in earlier European Upper Palaeolithic contexts; the conches found outside Europe are much more recent.

In addition to immersing us in the sounds produced by our Magdalenian ancestors, this shell reinforces the idea of exchanges between the Pyrenees and the Atlantic coast, more than 200 kilometers away.