His three fundamental statements about planetary motion represent his work, which he based on detailed observations of the planets made by Tycho Brahe (1546-1601). 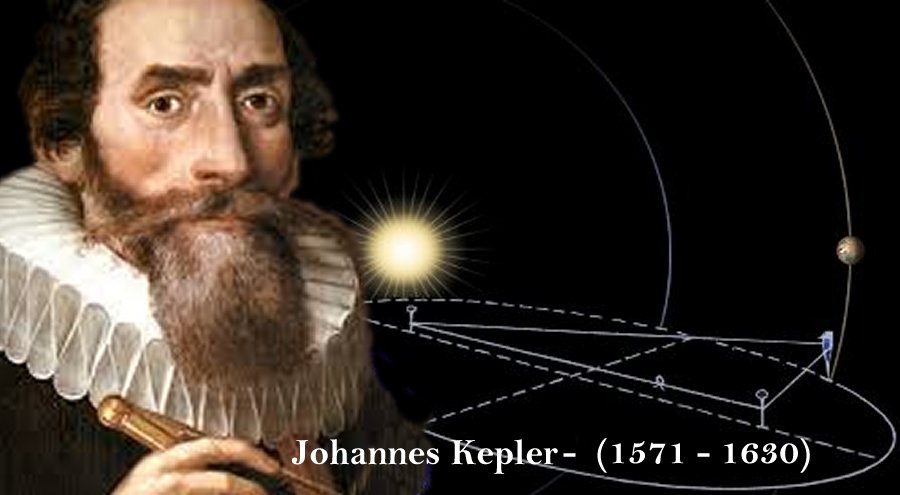 a) The planets do not travel in concentric circles, but in ellipses, with the sun at one of the two foci of the ellipse.
b) A radius vector joining a planet to the sun sweeps out equal areas in equal times.
c) The third law asserted a mathematical relation between the periods of revolution of the planets and their distance from the sun.

Kepler was born in Weil der Stadt, Württemburg, near what is now Stuttgart in modern Germany. Already at the age of six, he began to be occupied by looking at the sky, amazed by the Great Comet of 1577 as it passed over the town. Three years later, he observed a lunar eclipse.

By his late teens, he moved on to the nearby University of Tubingen to learn mathematics and philosophy.

Although Kepler originally wanted to be a priest and studied theology at the University of Tübingen, he accepted a position in 1594 as a mathematics and astronomy teacher at a Protestant school in Graz, Austria. 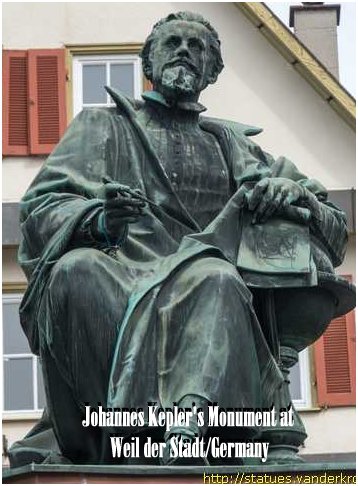 He later became an assistant to Tycho Brahe, the court mathematician to Emperor Rudolf II. After the death of Tycho, Kepler inherited his position, as well as his extensive archive of planetary observations.

He worked hard to understand the complexity of Copernican heliocentrism and did fundamental work in the field of optics.

He invented an improved version of the refracting telescope (the so-called Keplerian telescope), and was mentioned in the telescopic discoveries of his contemporary, Galileo Galilei, Italian scientist, scholar, who is viewed as the pioneer of observations that laid the foundation for modern physics and astronomy.

During the early 1600s, Kepler continued observing the sky, now in Prague with fellow astronomer Tycho Brahe. While tracking the movement of Mars using Brahe’s observations, Kepler formulated the backbone of his next work, ‘Astronomia nova‘.

In his work, he proposed the first of his laws of planetary motion: “All planets move in ellipses, with the sun at one focus” – which remains one of the key tenets in understanding the Solar System to this day.

For the rest of his life, Kepler continued to earn the respect of royalty and church hierarchy, even it was not always easy because some considered his work just as heretical as that of Copernicus.

In 1617, he published the first of three volumes in ‘Epitome astronomiae Copernicanae’, a vigorous defense of the Copernican theory additionally supported by Kepler’s own observations. Soos, Kepler also added a third law of planetary motion to the two, which appeared in ‘Astronomia‘.

Long after his death in 1630, it remained the best-selling item on astronomy in Europe.

A great number of instruments all over the world have been named to honor his scientific legacy and him as well.