Jan Bartek - AncientPages.com - These paintings were not meant to bee seen for a long time. The world has waited 3,000 years to see the hidden ancient Egyptian images that were discovered inside the coffin of an Egyptian mummy. 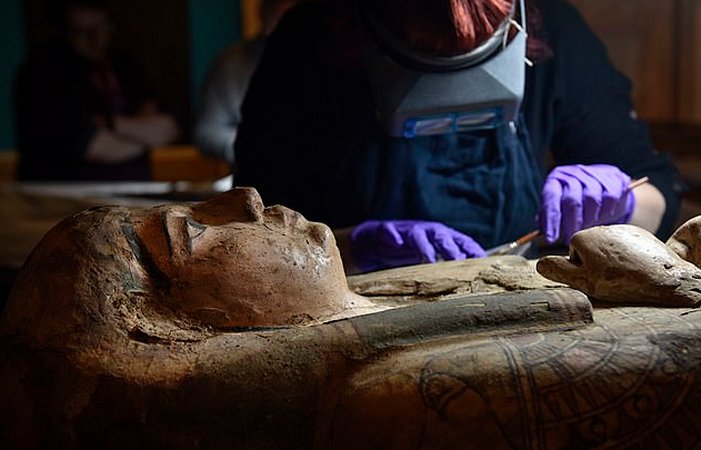 The coffin belongs to Ta-Kr-Hb who was an ancient Egyptian priestess of maybe a princess in Thebes. The 3,000-year-old mummy was in fragile condition after being targeted by grave robbers throughout history, but conservators in Scotland, where the coffin is being kept have made an excellent job preserving the ancient remains in good condition.

What Conservators did not expect was to find a hidden ancient secret inside the coffin. When the mummy Ta-Kr-Hb was lifted out, scientists discovered painted figures of an Egyptian goddess on both the internal and external bases of the coffin.

The ancient paintings represent the Egyptian goddess Amentet or Imentet, known as the 'She of the West' or sometimes 'Lady of the West'.

The underside of the coffin, which is slightly less well preserved, also shows a portrait of Amentet. Credit: PA

“It was a great surprise to see these paintings appear,' Dr. Mark Hall, collections officer at Perth Museum and Art Gallery, told the PA news agency.

“We had never had a reason to lift the whole thing so high that we could see the underneath of the trough and had never lifted the mummy out before and didn't expect to see anything there.

So to get a painting on both surfaces is a real bonus and gives us something extra special to share with visitors.”

The Ta-Kr-Hb mummy came to the Perth Museum in the 1930s. In 2013, Ta-Kr-Hb made a short journey to the Manchester Royal Children’s Hospital. Her check-up included a CT scan, X-rays and a close examination of her coffin or sarcophagus.

Everyone was thrilled to discover she definitely was female and that she had a name, written in hieroglyphics on the lid of the coffin: Ta-kr-hb [pronounced ‘Takerheb’]. This is a known female name but as yet its meaning is not understood, according to SCBP Perth. 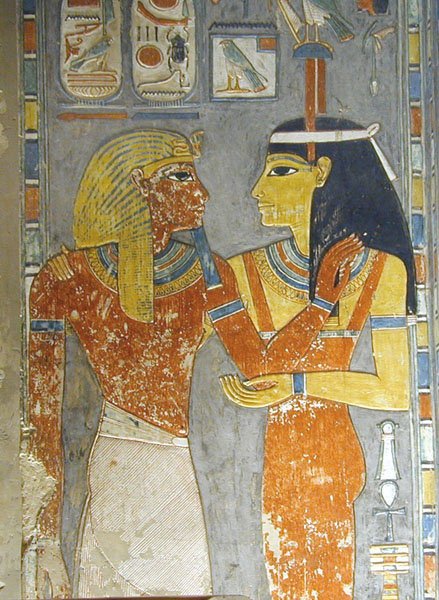 Radiographic examinations revealed that her skeleton had suffered extensive damage to the chest and pelvis, sometime after the body had been mummified, according to SCBP Perth.

Learn about - Daily Life Of Priests And Priestesses In Ancient Egypt

While the skull remains intact, radiography revealed that as part of the mummification process the brain mass was removed through the sinuses.

But the full removal of Ta-Kr-Hb's remains this year allow today's researchers to closely observe the paintings beneath.

Perth Museum and Art Gallery are now hoping to save 'Ta-Kr-Hb' – as written in hieroglyphics on the lid of her coffin – for future generations.