Ellen Lloyd - AncientPages.com - The Apache people, a North American Indian tribe say they received their wisdom, skills, and laws from a mysterious individual whom they refer to as the Killer-of-Enemies.

“We do not know where he came from and he was not born among us, but we can say with certainty that he was not human,” the Apache people say about their great hero who guided and taught them all of the skills necessary for survival and prosperity.

This enigmatic person plays a prominent role in the earliest stories of the Apache people, but who was he really? 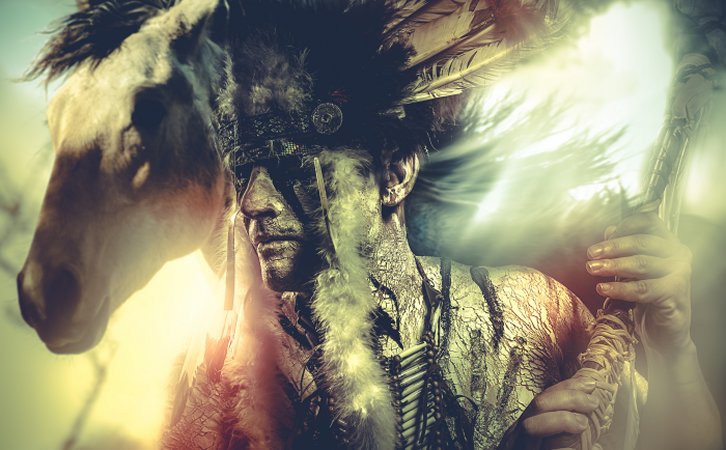 The Apache people are distant cousins of the Navajo and they are culturally related to several Native American tribes in the Southwestern United States. The Apache, who were mostly nomads, came from the Alaskan region, Canada, and portions of the American Southwest. Today, there are Apache communities in Oklahoma, Texas, and reservations in Arizona and New Mexico.

Having spread across the United States, it’s only natural that the Apache Nations are politically autonomous, speak several different languages, and have distinct cultures, but they do all have many same ancient beliefs in common.

Many have heard about Geronimo, a great leader, and hero of the Apache, but Killer-of-Enemies is not mentioned, and yet, it was he who taught the Indians warfare.

Killer-Of-Enemies Was A Great Teacher Of The Apache Indians

The Killer-of-Enemies is a mythological being who according to legend is the greatest of their warriors of all time. He is the one who killed dangerous monsters roaming the Earth and made the land safe for the Apache.

In the beginning, this Native American tribe was unfamiliar with warfare, hunting and survival was a constant struggle.

The Apache Indians do not have any written language. Their myths and legends have all been passed down orally over many generations. This makes it difficult to track the history of their great cultural hero, but the Apache Indians say the Killer-of-Enemies came to them deliberately to gave them the knowledge and teach them. He taught them how to ride, make arrows, and engage in warfare. It was the Killer-of-Enemies who told the Apache to take scalps, and he gave humans rules to follow. To come and teach was his mission.

One may easily get the impression, he was only a great warrior, but that is wrong. The Killer-of-Enemies was unusual in so many ways. He was gifted with supernatural powers and could foretell future events. In his visions, he saw the future.

A vision quest is still a very important Native American tradition and it usually consists of a series of ceremonies led by Elders.  - Native Americans believe that we were put on Earth for a special reason, but we often do not know why, and without this knowledge, we feel lost and confused. That’s why Native Americans practice a vision quest that is meant to open the door to the spiritual world and help us find our path in life.

The Killer-of-Enemies did not have to perform a vision quest because he had strong psychic powers, unlike ordinary humans. 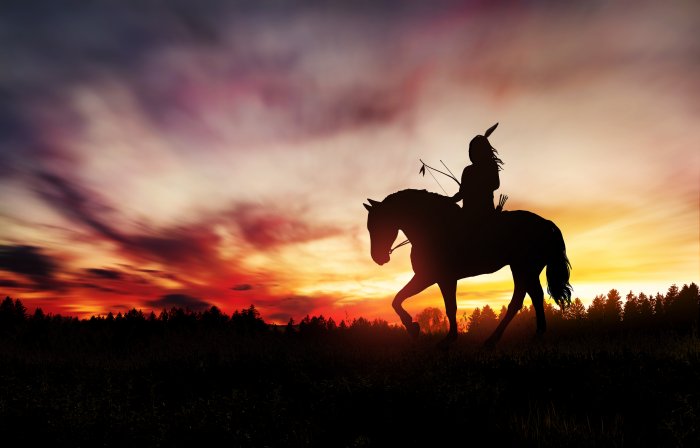 The Apache tell various stories about the place he originally came from. The Lipan Apache Indians say his home was at the Guadalupe Mountains. He resided there together with his mother, and perhaps even more of his kind.  One day he told his mother, he had completed his work.

“The new generation of people is coming. They must do all that I have done. They must follow my way and my rules,” the Killer-of-Enemies said to his mother.

The Apache people were now fully trained. They rode, hunted, and fought their enemies. They could surive. Shortly after this, the Killer-of-Enemies vanished, never to be seen again. His mission had been fulfilled.

Other Apache groups do not associate the Killer-of-Enemies with a specific location, and some even say he descended from a spiritual realm beyond our understanding.

Who the Killer-of-Enemies was, where he came from, and where he disappeared. remains an unsolved mystery. It is also unknown why the Apache says he was nonhuman. There is little one can say with certainty about this mysterious individual, except that his legacy is still alive and he made a profound impression on the Apache people.

Yraceburu, Maria Legends and Prophecies of the Quero Apache: Tales for Healing and Renewal