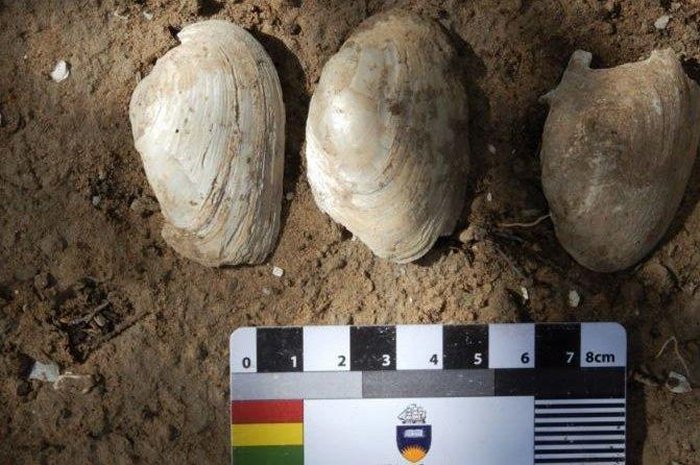 The researchers led by Flinders University in collaboration with the River Murray and Mallee Aboriginal Corporation (RMMAC) used the radiocarbon dating of river mussel shells from midden sites overlooking the Pike River floodplain downstream of Renmark.

The shell that are remnants of meals eaten long ago,—capture a record of Aboriginal occupation that extends to around 29,000 years, confirming the location as one of the oldest sites along the 2500km river to become the oldest River Murray Indigenous site in South Australia.

In the first comprehensive survey of the region, one of the oldest Indigenous sites along Australia's longest river system has been discovered.

"These results include the first pre-Last Glacial Maximum ages returned on the River Murray in South Australia and extend the known Aboriginal occupation of the Riverland by approximately 22,000 years," says Flinders University archaeologist and Ph.D. candidate Craig Westell.

More than 30 additional radiocarbon dates were collected in the region, spanning the period from 15,000 years ago to the recent present. Together, the results relate Aboriginal people to an ever-changing river landscape and provide deeper insights into how they responded to these challenges.

The period represented by the radiocarbon results brackets the Last Glacial Maximum (commonly known as the last Ice Age) when climatic conditions were colder and drier and when the arid zone extended over much of the Murray-Darling Basin. The river and lake systems of the basin were under stress during this time. 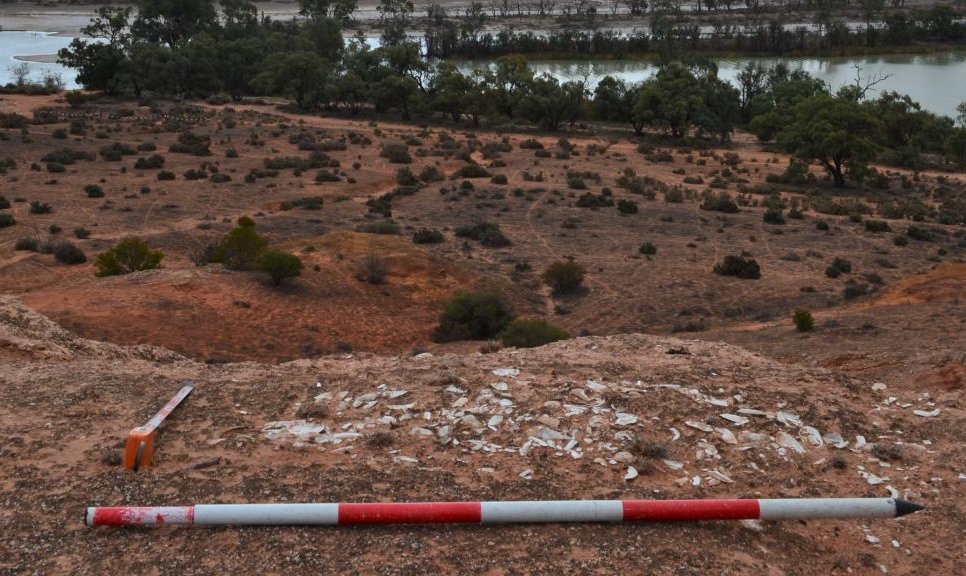 In the Riverland, dunes were advancing into the Murray floodplains, river flows were unpredictable, and salt was accumulating in the valley.

The ecological impacts witnessed during one of the worst droughts on record, the so-called Millennium Drought (from late 1996 extending to mid-2010), provides an idea of the challenges Aboriginal people may have faced along the river during the Last Glacial Maximum, and other periods of climate stress, researchers conclude.

"These studies show how our ancestors have lived over many thousands of years in the Riverland region and how they managed to survive during times of hardship and plenty," says RMMAC spokesperson Fiona Giles.

"This new research, published in Australian Archaeology, fills in a significant geographic gap in our understanding of the Aboriginal occupation chronologies for the Murray-Darling Basin," adds co-author Associate Professor Amy Roberts.

The dating, which was undertaken at the Australian Nuclear Science and Technology Organisation (ANSTO) and Waikato University, forms part of a much larger and ongoing research program led by Associate Professor Amy Roberts which is undertaking a broad-ranging investigation of past and contemporary Aboriginal connections to the Riverland region.

The Last Glacial Maximum is the most significant climatic event to face modern humans since their arrival in Australia some 40,000-50,000 years ago. Recent studies have demonstrated that the LGM in Australia was a period of significant cooling and increased aridity beginning ~ 30 ka and peaking between ~23 and 18 ka.

The paper is published in Australian Archaeology.