A. Sutherland - AncientPages.com - The Navajo People - tough and brave people - have a deep relationship with the Holy Ones, who came from the sky. It is said that these beings were their teachers in the distant past.

The sky visitors' teachings have always been respected by the Navajo people, who have very strong ties to the past.

Their ancient beliefs are still alive. 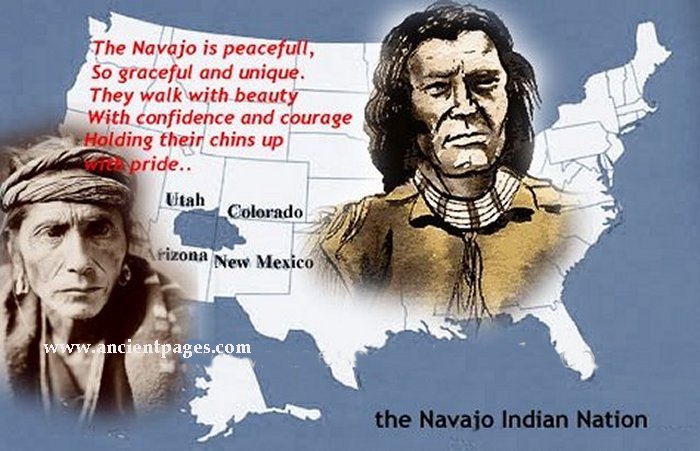 The Navajo have preserved their true identity and their ancient way of life thanks to their very sophisticated and mysterious religion.

The religious rituals, all religious ceremonies were given to their ancestors by the alien gods. No one depicts these gods but only perpetuates the mental concept of them. Still, their mythology is fascinating and full of secrets, and nothing is perfectly clear.

The Navajo sand priest, Hasteen Klah says that the Zuni, Hopi, and Navajo nations had a common genesis. They all came out of the earth, from a subterranean world through caves, vents, and other openings, all connected with the upper world of ours.

Then, they separated into three nations. Everything is given to them by "Holy People" ("Supermen" or "Superbeings") possessing special powers. Also, their sacred language is a gift to the Navajo. 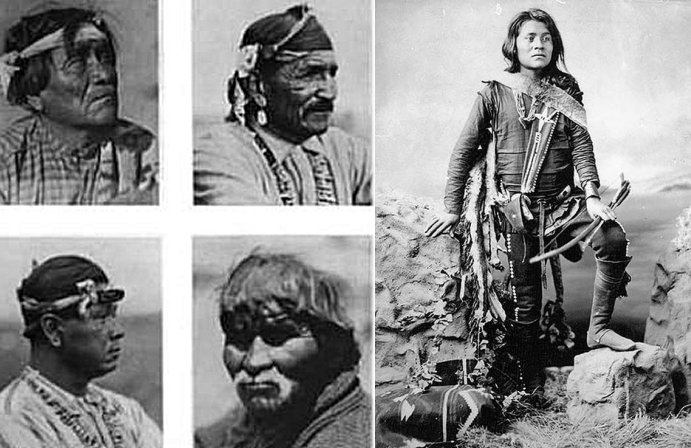 "...This language was given to us by the Holy People, I don't know how many thousand years ago," John Brown, Jr., Navajo Code Talker said in the interview. The Navajo code talkers took part in every assault the U.S. Marines conducted in the Pacific from 1942 to 1945.

They served in all six Marine divisions, Marine Raider battalions and Marine parachute units, transmitting messages by telephone and radio in their native language -- a code that the Japanese never broke.
This is real power and magic of the language of these people! 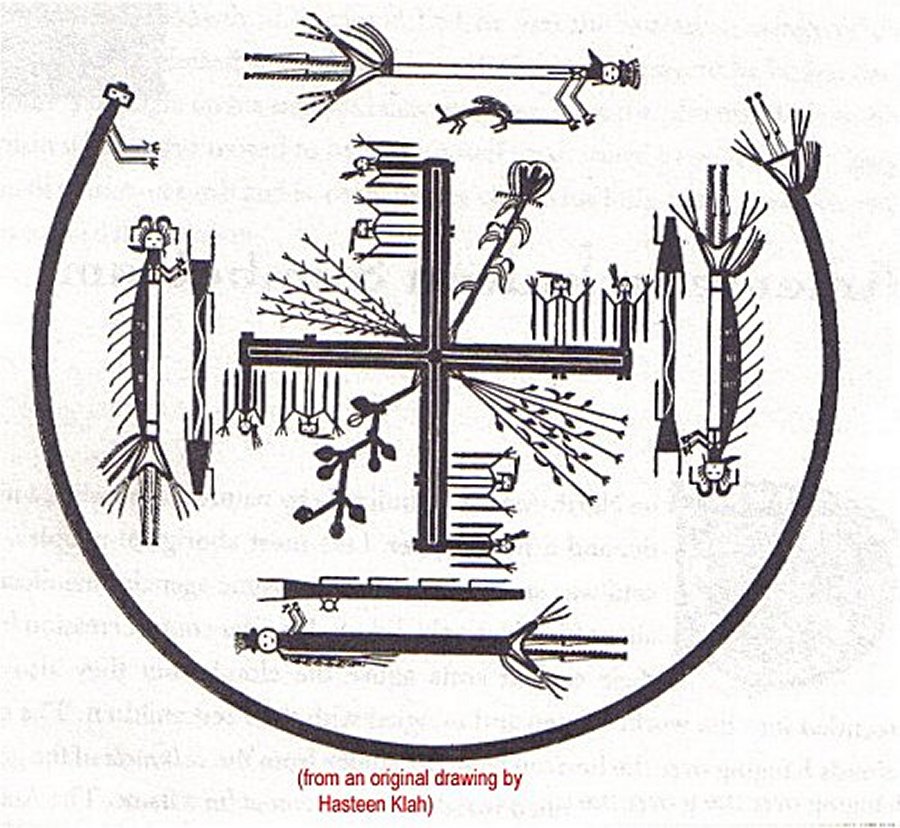 This original drawing made by Hasteen Klah portrays an episode from the Navajo cosmogony myth. According to Klah, the Navajos first emerged about 3,000 years ago at a point now called La Platte Mountain in Colorado. The four mountains sacred to the Navajos are La Platte Mountain, Mount Taylor, Navajo Mountain, and San Francisco Mountain. While these three nations were under the earth four mountain ranges were below with them.

They believe that their gods (the yé'ii) gave them a homeland surrounded by four sacred mountains (four worlds) representing the four cardinal points of the compass and these four worlds are:

Why did the Navajo emerge from the underground?

Were their ancestors perhaps in some way related to the mysterious inhabitants of an antediluvian race which came from the prehistoric sunken continent of Atlantis?

Those of the Atlanteans who were lucky to survive the cataclysmic event on earth found refuge in underground shelters and became savages. 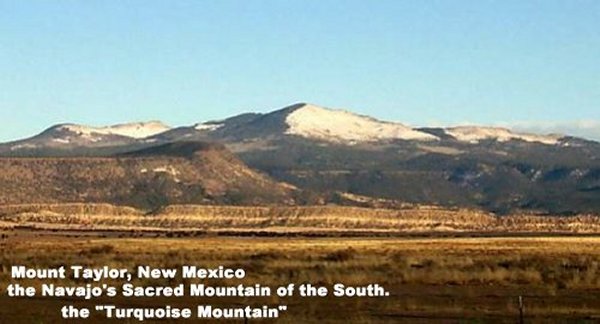 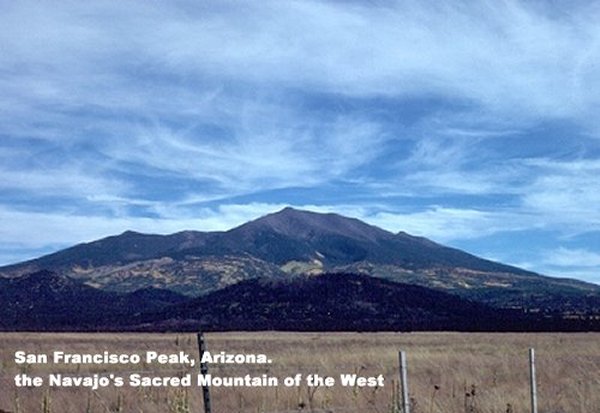 Seven major deities were recognized by the Navajos. We should pay attention to one significant deity worshiped by the Navajos. His name is Bakochiddy, and he is one of these seven major gods. He was white in color with light reddish hair and gray eyes.

White-skinned deities with either red or blond hair are mentioned among many ancient cultures. We encounter these intriguing gods in Ireland, Scandinavia, Egypt, Spain, simply everywhere. Is it not possible that Bakochiddy, one of the Navajo gods was a member of the Shining Ones? The Shining Ones were present in all parts of the world as their duty and tasks were to create civilizations and guide humanity.

According to the legend, Bakochiddy's father was the sunray and his mother the daylight. 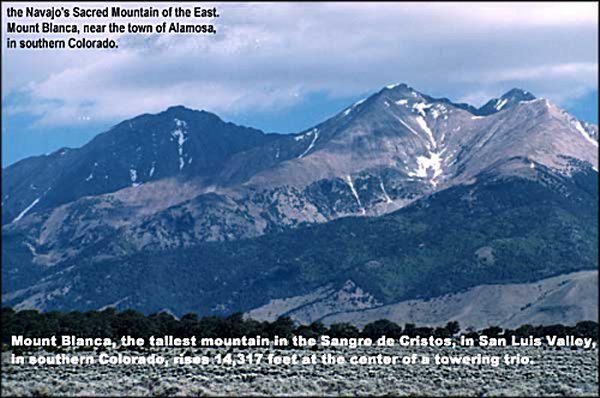 He ascended to heaven and in some respects, his life has parallels to that of Christ. To avenge the kidnapping of his child, Kahothsode, a fish god, caused a great flood to arise. To escape destruction, the Zunis, Hopis, and Navajos ascended to the surface of the earth.

In most cases, the inhabitants of the underground world were the survivors of a cosmic catastrophe that ended the legendary land of Atlantis. Indeed, it is highly possible that the Navajo and their ancestors are in some related to the Atlanteans.

The pictographs and famous sand paintings of the Navajo depict symbols used in sand paintings representing legendary human heroes or for example the supernatural beings that accompanied these heroes in myth and legends. Also, natural phenomena like wind and clouds, plants, animals, and thunders, are depicted and may portray humans. The lightning phenomenon, for example, is believed to be a tool of the Holy Ones.

Their main deities are the Sun, a great power; Changing Woman, the beloved deity who represents the powers of renewal inherent in the earth; and their children, the alien gods, the Hero Twins, Monster Slayer and Born-for-Water but there are also many others. 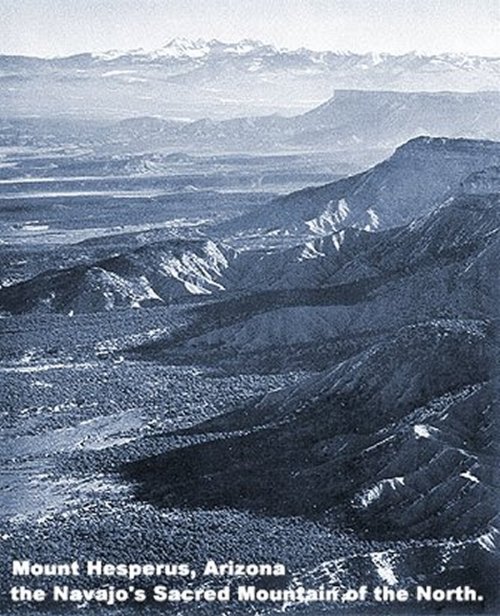 According to the Navajo people' s fascinating way of thinking, there are also many different ways of different nature, to accomplish the same thing!

It takes a very long time to study the Navajo's sophisticated cosmogony and their true understanding of the universe.

Still much more time is needed to understand the Navajo's very complex way of thinking.