Ellen Lloyd - AncientPages.com - His nose is broken, and his eyes are nothing but holes. His head is still bearing some traces of red and yellow paint, has been badly battered.

He was buried several times by the desert sand, and he has suffered severe erosion.

Yet, he has rested for thousands of years on the Giza plateau at the west bank of the Nile River.

In silence, he has kept a watching eye on the ancient and modern world. He stands almost forgotten in the shadow of the pyramids, but he is and always has been one of the greatest. The Great Sphinx of Egypt is an icon of the ancient Egyptian civilization. 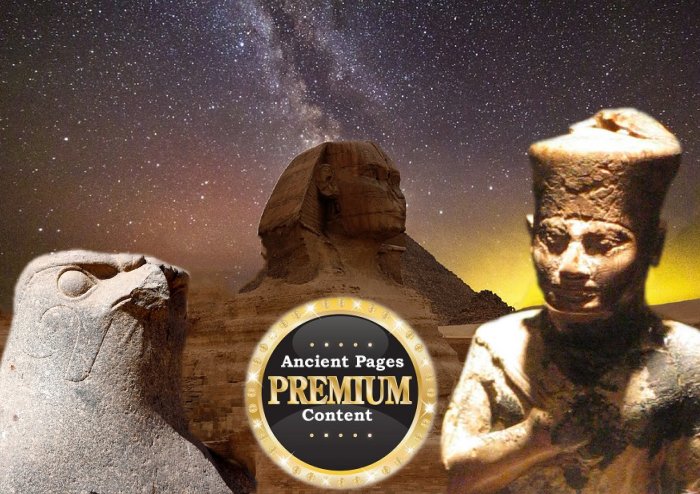 To the Egyptians the Sphinx was the symbol of strength and intelligence. It represents an aspect of the sun god, Re-Horakhte, sometimes called Hor-m-akhet, or Harmachis.

The origin of the term "sphinx" is unknown, but it is possible that it is derived from the Egyptian words "shesep ankh", meaning "living image".

Cut out from a natural outcrop of limestone, the Sphinx is one of the largest surviving statues from the ancient world, but what or whom does the Sphinx represent?

We will now begin a long journey to the land of the Pyramids and investigate the untold story of the Sphinx.

Was Ancient Egyptian Science Inherited From A Lost Atlantean Civilization?