Jan Bartek - AncientPages.com - Ancient Romans understood the value of salt. Salt was a scarce and expensive commodity, and its value was legendary. In fact, “the word salary can be traced to ancient Rome and the history of salt.

Salt was used as a trading medium just as money is used today.  Ancient Roman warriors who served the empire received payment with a handful of salt each day.” 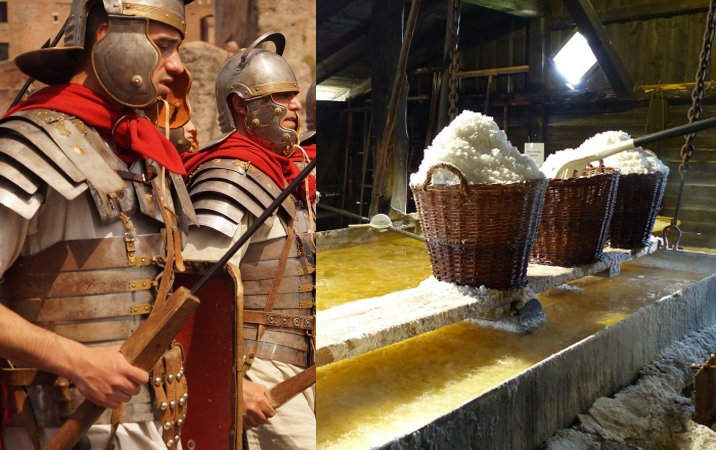 So maybe we shouldn’t be surprised to learn archaeologists in England have discovered an ancient Roman factory where salt was produced and transported to other destinations.

While excavating in Pinchbeck archaeologists found evidence of Romans transporting salt from the outskirts of Spalding.

According to Spalding Today, “two substantial ditches and holding tanks have been uncovered during the 16-week excavation.”

Project manager Mick McDaid says this is still somewhat surprising because previously there was nothing indicating any ancient activity in this region. No-one really expected to find anything of archaeological value at the site.

“Nothing was expected from the site prior to evaluation. There was an aerial photograph which showed a crop mark but there was no indication of the quality of the archaeology. This has really added to the knowledge of the area. Before this it was believed that the area did not have much activity up until recent times,” McDaid said.

Obviously, it’s time to update the historical records of ancient Roman activity in this part of the world.

Based on the archaeological discoveries made at the site it seems clear “Spalding and the surrounding area would have been creeks which would provide the ideal location for creating salt.

Romans would use a hearth to evaporate tidal water into brine to create salt.” 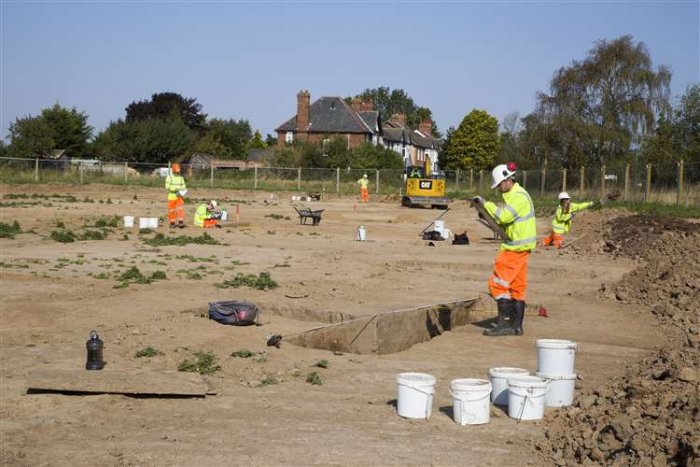 Archaeologists at work on the site off Spalding Road as part of the Spalding Western Relief Road (42440438). Credit: Spalding Today

“There are no signs that this was any sort of settlement but was purely for industrial use.

We have what appears to be holding tanks for the brine,” McDaid said.

He also points out scientists have found ditches on the site that were most likely used to transport salt away from the site.

In addition to this, archaeologists also found beautiful Roman pottery at the site along with evidence of a medieval settlement.

“We have the enclosure ditches of the settlement. We got pits with charcoal remains in them and there is possibly medieval salt making around there,” McDaid said.

Salt was a crucial product to the Roman army and this demand was met by establishing military salt works. Perhaps the ancient Roman salt factory at Pinchbeck was one of them. McDaid explained the unearthed artifacts will now be sent to Lincoln University where the objects will catalogued.