Conny Waters - AncientPages.com - Until now the Nebra sky disk was deemed to be from the Early Bronze Age and therefore the world’s oldest depiction of the cosmos. 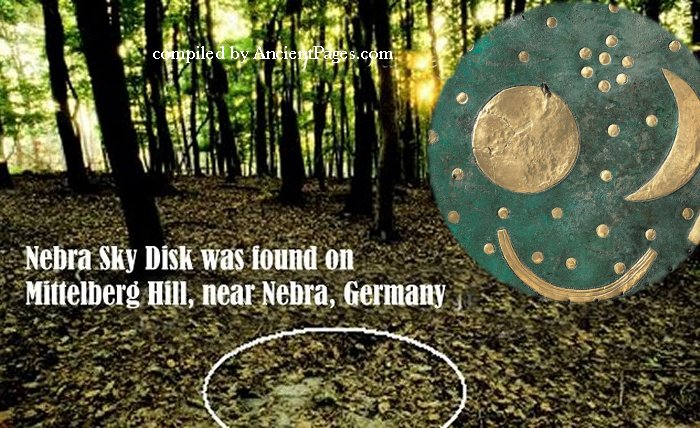 Archaeologists from Goethe University Frankfurt and Ludwig-Maximilian University in Munich have now reanalyzed diverse data on the reconstruction of the discovery site and surrounding circumstances of the find.

Their findings are that the disk must be dated in the Iron Age, making it about 1,000 years younger than previously assumed. This makes all previous astronomical interpretations obsolete.

The Nebra sky disk is one of Germany’s most significant archaeological finds and was included in the UNESCO Memory of the World Register in 2013.

It was discovered by some treasure hunters and the discoverers' unprofessional removal from the ground, unfortunately, damaged the fragile disc's outer rim and one of its 32 stars was lost. The discovery was made in a prehistoric area of Mittelberg Hill near Nebra, a small town in the district of Burgenlandkreis of Saxony-Anhalt, 112 miles southwest of Berlin, Germany.

The stages in the life of the Sky Disc. Source: © LDA Sachsen-Anhalt

In this illegal excavation in 1999, the treasure hunters also found two Bronze Age swords, two axes, and fragments of armlets.

This discovery context was important for the scientific dating, as the disk itself could neither be scientifically nor archeologically dated by comparison with other objects.

Many years of investigations by several research groups, therefore, attempted to verify both the attribution to the supposed discovery site as well as the common origins of the objects independent of the vague information given by the looters. 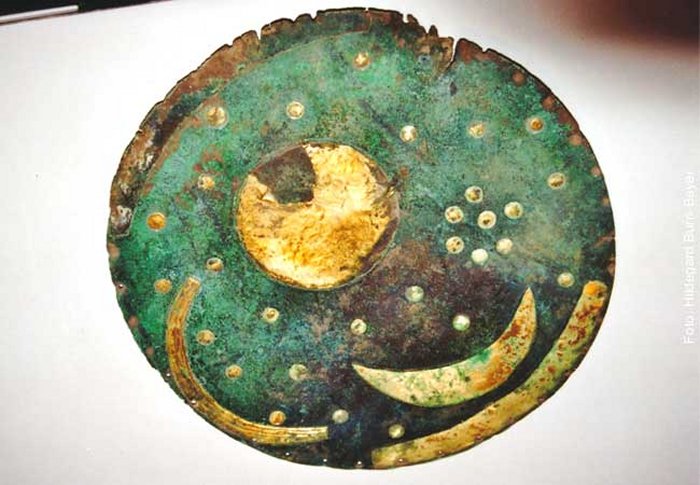 The condition of the Nebra sky disk before being transferred to the Landesmuseum Halle an der Saale. Credit: Hildegard Burri-Bayer

Furthermore, there is no convincing evidence that the Bronze Age swords, axes, and bracelets form an ensemble of common origins. For this reason, it must be assumed that this is not a typical Bronze Age deposit and that the disk was not found together with the other objects in an original state at the excavation site.