Jan Bartek - AncientPages.com - The first discovery of viruses infecting a group of microbes that may include the ancestors of all complex life has been found, researchers at The University of Texas at Austin report in Nature Microbiology. The discovery offers tantalizing clues about the origins of complex life and suggests new directions for exploring the hypothesis that viruses were essential to the evolution of humans and other complex life forms. 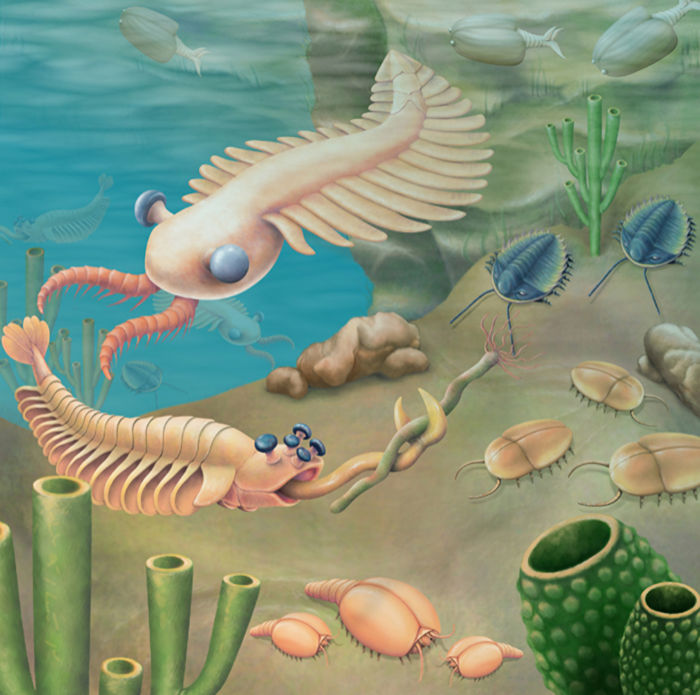 There is a well-supported hypothesis that all complex life forms such as humans, starfish and trees -- which feature cells with a nucleus and are called eukaryotes -- originated when archaea and bacteria merged to form a hybrid organism. Recent research suggests the first eukaryotes are direct descendants of so-called Asgard archaea. The latest research, by Ian Rambo (a former doctoral student at UT Austin) and other members of Brett Baker's lab, sheds light on how viruses, too, might have played a role in this billions-year-old history.

"This study is opening a door to better resolving the origin of eukaryotes and understanding the role of viruses in the ecology and evolution of Asgard archaea," Rambo said. "There is a hypothesis that viruses may have contributed to the emergence of complex cellular life."

Rambo is referring to a hotly debated hypothesis called viral eukaryogenesis. It suggests that, in addition to bacteria and archaea, viruses might have contributed some genetic component to the development of eukaryotes. This latest discovery does not settle that debate, but it does offer some interesting clues.

"The most exciting thing is they are completely new types of viruses that are different from those that we've seen before in archaea and eukaryotes, infecting our microbial relatives," said Baker, associate professor of marine science and integrative biology and corresponding author of the study.

The Asgard archaea, which probably evolved more than 2 billion years ago and whose descendents are still living, have been discovered in deep sea sediments and hot springs around the world, but so far only one strain has been successfully grown in the lab. To identify them, scientists collect their genetic material from the environment and then piece together their genomes. 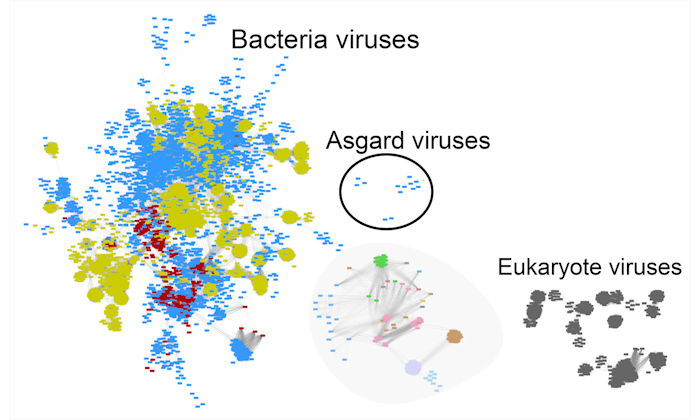 Comparison of all known virus genomes. Those viruses with similar genomes are grouped together including those that infect bacteria (on the left), eukaryotes (on the right and bottom center). The viruses that infect Asgard archaea are unique from those that have been described before. Credit: University of Texas at Austin.

In this latest study, the researchers scanned the Asgard genomes for repeating DNA regions known as CRISPR arrays, which contain small pieces of viral DNA that can be precisely matched to viruses that previously infected these microbes. These genetic "fingerprints" allowed them to identify these stealthy viral invaders that infect organisms with key roles in the complex origin story of eukaryotes.

"We are now starting to understand the implication and role that viruses could have had in the eukaryogenesis puzzle," said Valerie De Anda, a research associate at UT Austin and co-author of the study.