Jan Bartek - AncientPages.com - During the Renaissance great painters like Da Vinci, Raphael, Michelangelo, Donatello, and many others produced extraordinary art. Their famous and beautiful paintings are as fascinating as their personality. These artists lived during one of the most interesting periods in European history, at least if you appreciate the beauty of art, literature, architecture, sculptures, and music.

The Renaissance period that spanned between the 14th century to the 17th century changed Europe in many ways. During the Renaissance, some of the world's greatest artistic and architectural masterpieces were created in Italian cities such as Florence and Padua. 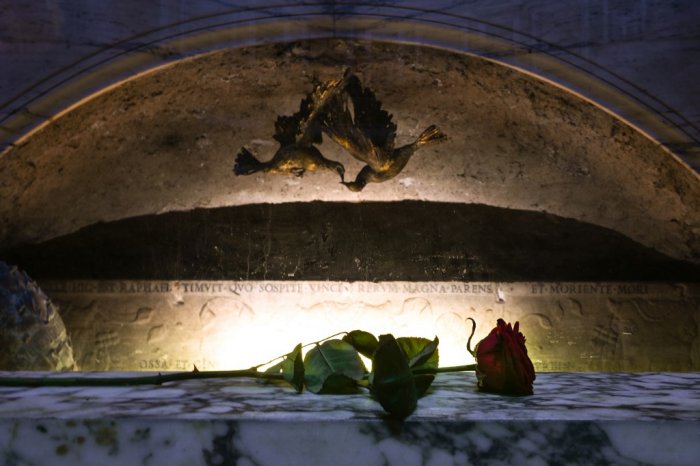 We possess much information about this historical period but there are still some unsolved Renaissance mysteries. Fortunately, one such mystery has been solved recently by art historians.

Raffaello Sanzio da Urbino (1483 -1520), who was simply known as just Raphael was a very talented Italian painter who was only 37 years at the time of his death.

Raphael was part of a trinity of Renaissance great master along with Michelangelo and Leonardo Da Vinci. Why he died so young has been uncertain and there were rumors he had an active sex life and succumbed to syphilis in 1520. Whether that is true or not is uncertain. Most modern historians think he died of pneumonia, possibly after visiting lovers late on freezing nights.

“His body was exhumed in the 19th century, at which point a plaster cast of his skull was made.

But experts were not sure the remains really belonged to Raphael, for the excavation also unearthed other full and partial skeletons. Several of the skeletons belonged to the artist's students, but others went unidentified,” Local Italy reports.

Scientists from Rome's Tor Vergata University decided to investigate an old riddle, and their 3D-reconstruction of his face has indeed solved the mystery of Rafael’s tomb. 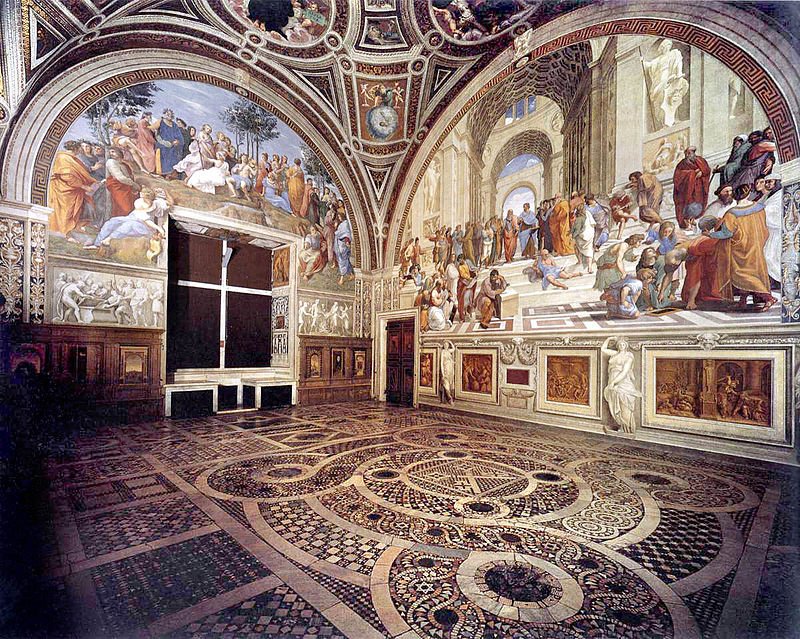 The Stanza della segnatura ("Room of the Signatura") at the Vatican was the first to be decorated by Raphael's frescoes. Credit: Public Domain

“As Rome marked 500 years since his death this year, the university team set about making a 3D reconstruction of the plaster cast. It found a clear match with the Raphael pictured in portraits by other artists in the period, as well as the artist's self-portraits, molecular biology expert Mattia Falconi told AFP.

"We have concrete evidence for the first time that the skeleton exhumed in 1833 belongs to Raffaello Sanzio," Falconi said.

A 3D-reconstruction "only captures 80 percent of the original face, but there's no doubt about the result. It looks nothing like the students we know are buried there, and it would be too much of a coincidence for a stranger to look so similar".

Falconi said the only part of the face that could not be reconstructed this way were the ears -- "but fortunately Raphael had long hair that covered his ears". 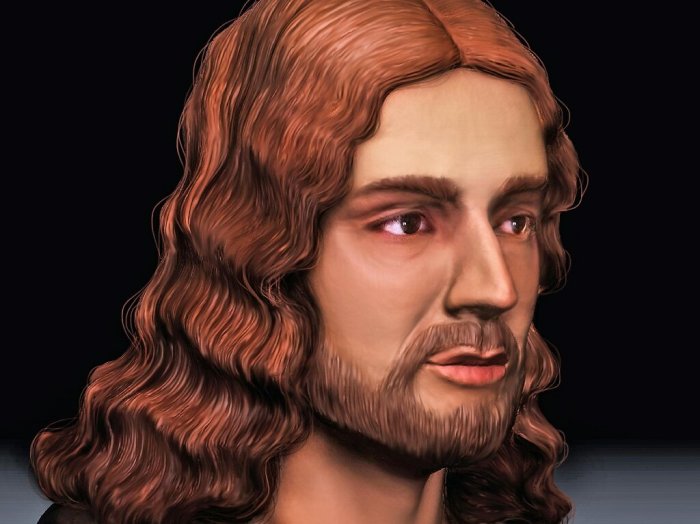 This is how Raphael looked, although he wouldn't have liked the accurate depiction of his nose. Credit: Tor Vergata University

A project to re-exhume the body this year was put on hold due to the coronavirus pandemic, but if it resumes Falconi said his team would be interested in seeing how faithful the artist was to his real self.

"The 3D model shows the eyes and mouth [in the portraits] are his, but he has been kind to himself about his nose," he said. "We know that Raphael often painted himself younger than his years, and this model allows us to see him as he really was".

A life-size 3D-printed bust of the man dubbed the "Prince of Painters" by fellow artist and famed 16th-century biographer Giorgio Vasari will go on display at the museum at his birthplace in Urbino in Italy's Marche region,” AFP reports.

How Did The Renaissance Change Europe?

Raphael was very young when he died, but he was a productive artist who left behind many astonishing works. Many of his paintings and frescoes are at the Vatican and this great Renaissance artist had an immense influence on religious art. His compositions were admired and studies and became the cornerstone of the training was compositions were always admired and studied and became the cornerstone of the education of future artists.

Raphael possessed a unique talent to produce to art that has survived in popularity for so long, and now, we finally know where one of the greatest Renaissance artists of all time is buried and what he looked like.