Ellen Lloyd - AncientPages.com - The ‘modern’ version of ancient Egyptian is interesting and who can deny the land of pyramids is full of ancient marvels. It’s safe to assume several fascinating discoveries will be announced to the public by archaeologists excavating in Egypt in the near future.

Egypt was once home to one of the most powerful and advanced civilizations so we shouldn’t be surprised these people left a cultural heritage we should treasure and admire.

Yet, no matter how many physical artifacts, tombs, and scattered ruins of long-gone pyramids, temples, and other monuments, we discover there is always a missing piece of the puzzle that prevents us from knowing what really happened in pre-dynastic Egypt. 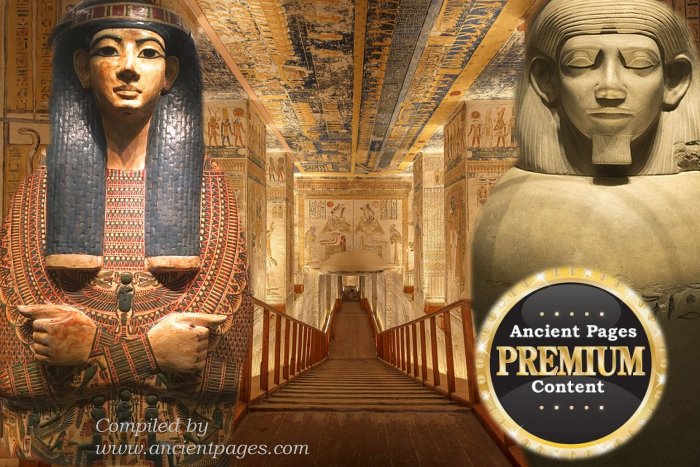 Ancient Egyptians were always reluctant to share some of their deepest secrets which is why it is so difficult to unravel what took place in the country before some of the most famous pharaohs came to power.

As previously discussed in one of our articles, the ancient Egyptians viewed their civilization as a legacy coming directly from divine beings who existed in Egypt thousands of years before the pharaonic dynasties.  Before the Sky Gods left and returned to the stars, they co-existed with a group of mysterious rulers known as the Shemsu Hor.

Known as the Followers of Horus, the Shemsu Hor were semi-divine kings, priests, and keepers of sacred knowledge. They are sometimes referred to as members of the first ancient secret society. They were present in Egypt during the Golden Ages of the original divine kings, and they remained there long after these kings ascended back the stars.

There are some very ancient manuscripts that give us some clues about those mysterious beings who were present in Egypt before the pharaohs. While exploring the forbidden secrets of ancient Egypt, we have discussed many baffling discoveries that offer conclusive evidence the history of Egypt we are today taught at school is incomplete and fabricated to some extent.

Ancient Egyptians pyramids are an interesting topic to study, but there are hidden artifacts in Egypt most will never know anything about, and that is exactly what the initiated masters wanted from the start. The Shemsu Hor are long gone, but their mission to guard the ancient secrets of Egypt continued.

You may remember we talked about sacred antediluvian tablets and a rare manuscript that reveal secret Egyptian knowledge and the puzzling antediluvian treasure hidden in a crypt.

These are some of the many examples we have discussed and as previously told, such artifacts contain information that could change our understanding of ancient history completely. Perhaps this is the reason why they are still concealed from public view?

We continue our investigation of forbidden history and this time we focus on those who in ancient times were initiated into ancient Egyptian mysteries.

We examine unusual manuscripts that shed light on what happened during this initiation and what kind of secret knowledge the enlightened masters may have been given.

We also talk about how an ancient historian became terrified once he was taken to a hidden sanctuary that contained something he could possibly not have imagined in his wildest dreams, but the evidence was there right in front of him.

Is There An Over-Looked Ancient Secret In Sahara?- Intriguing Theory Examined

Lost Knowledge Of Energy And Crystal Technology In Ancient Egypt