Jan Bartek - AncientPages.com - Living in darkness for 18 full months can be challenging even to those who do not appreciate the Sun very much. Something unsettling happened in 536 A.D. There were few indications people could anticipate the horror that led to one of the greatest natural disasters in human history.

The catastrophe in 536 A.D. led to the death of millions of people worldwide. Nevertheless, this incident was long unheard of until two scientists "re-discovered" the event and brought it to light.

"In 1983, two researchers at the Goddard Institute for Space Studies, NASA, Richard Stothers and Michael Rampino, published a list of all ancient volcanic eruptions known from Mediterranean historical sources. Their list included a persistent dust veil or dry fog that darkened the sky for about a year in 536-37 C.E., bringing about a cold, drought, and food shortages in the Mediterranean area or, as it has since been claimed all over the northern hemisphere. Several ancient writers, such as Cassiodorus, Prokopios, John Lydos, and some Syriac chronicles, refer to the dark cloud. Somewhat surprisingly, these sources had been overlooked by classical scholars for a long time." 1 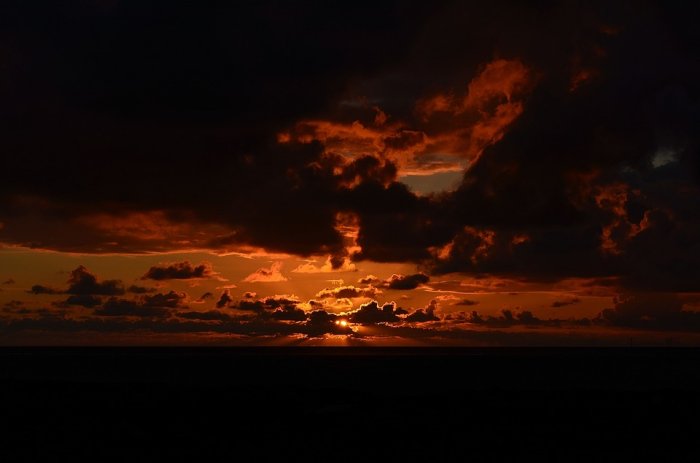 The arrival of the dark cloud was the beginning of the disaster. Credit: Public Domain

Michael the Syrian who mentioned this event wrote that "[T]he sun became dark and its darkness lasted for one and a half years [...] Each day it shone for about four hours and still this light was only a feeble shadow [...] the fruits did not ripen and the wine tasted like sour grapes."

Prokopios, who lived in both Africa and Italy at the time, said almost the thing: "For the sun gave forth its light without brightness, like the moon, during this whole year, and it seemed exceedingly like the sun in eclipse, for the beams it shed were not clear nor such as it is accustomed to shed."

Ancient Accounts Of The Climate Catastrophe In 536 A.D.

Scientists searched for clues to the cause of this extreme climate event and examined several ancient sources. In Poetic Edda, the anonymous author mentions the Fimbulwinter that has long been treated as a mythological event. However, this view has changed in recent years.

"Scientists are now seriously considering the possibility the Fimbulwinter described in Norse mythology was based on real events. Researchers think Fimbulwinter is related to the extreme weather events of 535–536, which resulted in a notable drop in temperature across northern Europe.

According to other ancient sources, this was a period when the Sun was bluish, weak, and obscured. People threw no shadow on the ground, and even the Moon was obscured. There was no heat, and the crops died. This must have been due to a very large volcanic eruption and subsequent ash cloud that spread across the world. This outbreak was previously unknown, but researchers have come across evidence, such for example ice cores from Greenland that confirm extreme weather conditions at the time.

In Northern Sweden, the average temperature during summer dropped by three to four degrees. 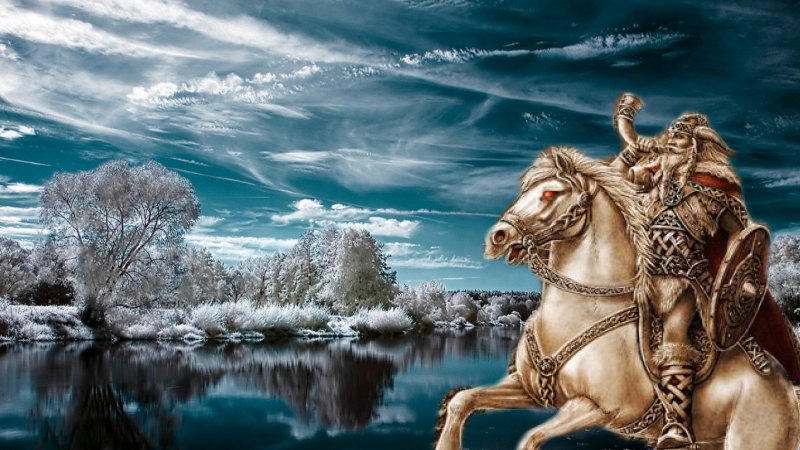 This indicates there were strong climate changes that led to increased mortality among humans. Very old grave findings and depictions on ancient runes stones offer evidence of a very harsh and long winter period." 2

"Tree ring records, historical accounts, and archaeological evidence suggest that effects were especially pronounced in the northern hemisphere where unseasonably cold summer temperatures led to crop failures and widespread famine from China to the Mediterranean to Mesoamerica." 3

This severe climate change affected people more or less all over the world. In certain of China, the climate conditions led to the starvation of 70 % of the population.

How The Global Catastrophe In 536 A.D. Changed The World

The lack of proper light and heat affected all living beings, and "the climate of the entire planet began to spin out of control. The result, direct or indirect was climatic chaos, famine, migration, war, and massive political change on virtually every continent. As the engine for this extraordinary intraregional change in four great areas of the world – Afro-Eurasia (from Mongolia to Britain, from Scandinavia to southern Africa), the Far East (China, Korea, Japan), Mesoamerica (Mexico/Central America), and South America – the disaster altered world history dramatically and permanently." 4

What Caused The Climate Disaster In 536 A.D.?

The exact cause behind the global climate catastrophe is still undermined. "Previous studies have invoked either a comet impact or a volcanic eruption as the likely source of the AD 536 global dust veil event, but virtually no physical evidence has been produced to convincingly tie the climatic event to a specific geophysical source." 3 Scientists have also suggested a massive eruption of Ilopango volcano in El Salvador, today a crater lake, may have triggered the global climate cooling of  536 A.D. 3

Scholars are divided concerning what caused the dust veil, but it is not the first severe climate catastrophe our planet has experienced. 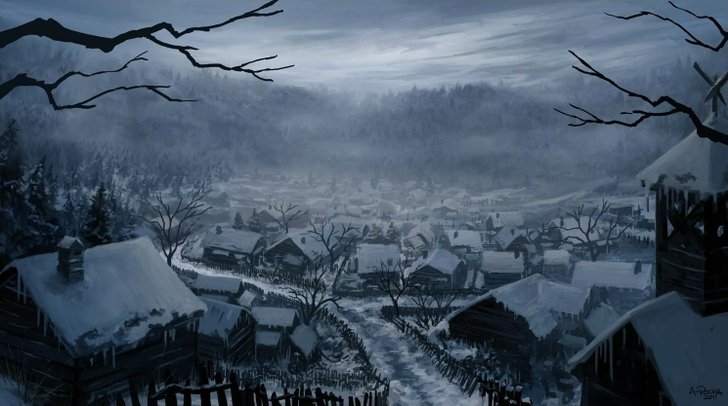 We should not forget the year without a summer in 1816, which "was very different from other periods in Earth's history. Due to severe climate abnormalities that caused average global temperatures to decrease by 0.4–0.7 °C (0.7–1.3 °F), people living in the Northern Hemisphere didn't experience any summer.

It was not only unusually cold that year, but very dark, windy, and rainy. These serious climate changes resulted in major food shortages and very difficult living conditions."

But few know climate disasters can compete with the extreme weather events of 536 A.D. We can only hope something similar will not happen any time soon.