Conny Waters - AncientPages.com - The Hyksos, who ruled during the 15th Dynasty of ancient Egypt, were not foreign invaders, but a group who rose to power from within, according to a study.

The Hyksos were a foreign dynasty that ruled parts of Egypt between approximately 1638-1530 BCE, the first instance of Egypt being ruled by individuals of a foreign origin. The common story is that the Hyksos were invaders from a far-off land, but this idea has been drawn into question. 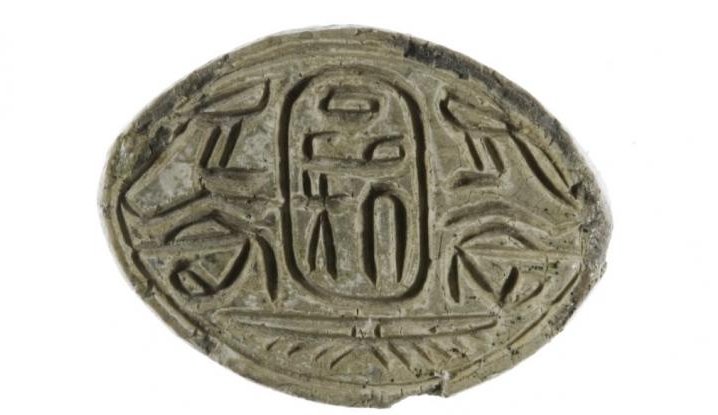 Seal amulet with the name of the Hyksos Pharaoh Apophis. Image credit: The Metropolitan Museum of Art

Archaeological evidence does link Hyksos culture with an origin in the Near East, but exactly how they rose to power is unclear.

In this study, Stantis and colleagues collected enamel samples from the teeth of 75 humans buried in the ancient Hyksos capital city of Tell el-Dab'a in the northeast Nile Delta. Comparing ratios of strontium isotopes in the teeth to environmental isotope signatures from Egypt and elsewhere, they assessed the geographic origins of the individuals who lived in the city.

They found that a large percentage of the populace were non-locals who immigrated from a wide variety of other places. This pattern was true both before and during the Hyksos dynasty.

This pattern does not match the story of a sudden invasion from a single far-off land, but of a multi-cultural region where one internal group - the Hyksos - eventually rose to power after living there for generations. This is the first study to use archaeological chemistry to address the origins of the Hyksos rulers, but the authors note that more investigations and broader chemical techniques will be needed to identify the specific ancestries of the Hyksos and other non-local residents of Egypt.

"Rather than the old scholastic theories of invasion, we see more people, especially women, migrating to Egypt before Hyksos rule, suggesting economic and cultural changes leading to foreign rule rather than violence."