Conny Waters - AncientPages.com  - Locals in the village of Gudsathoo Budgam, Kashmir accidentally found a sculpture of the god Vishnu while digging the land.

The idol of Lord Vishnu depicts the three-headed god with four arms having lotus flower on the upper right hand. 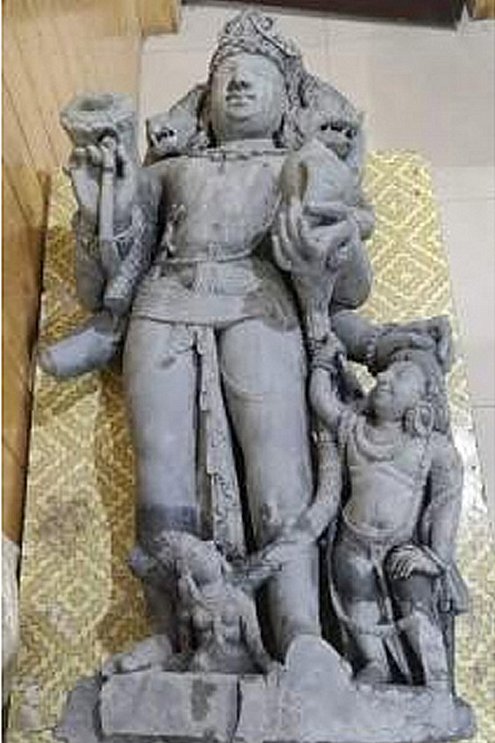 The team of Archives, Archaeology and Museums was called for examination of the recovered sculpture, and informed,the sculpture dates back to 9th century (about 1200 years old, and represents a mixture of Gandhara and Mathura School of Art. 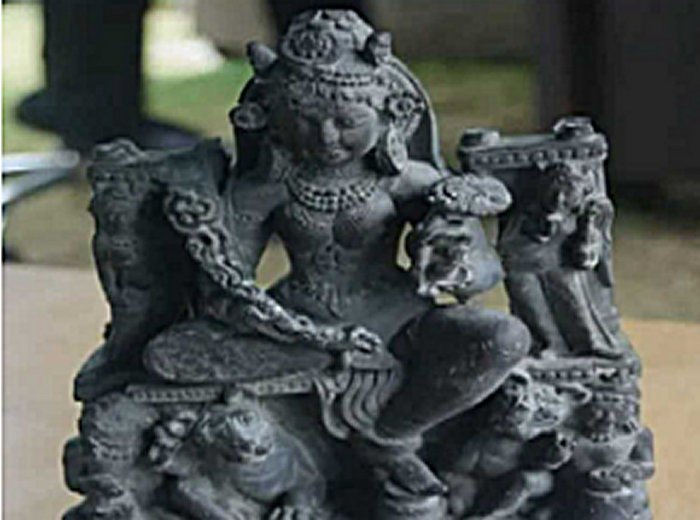 The authorities also informed about yet another sculpture  recovered from the Khag area of  Budgam. Image credit: United News of India

The idol testify about the high level of artisans’ skills in art and sculpture.

Experts believe that these two valuable artifacts can be of a lot of interest to academics, historians and archaeology experts, and museums.

Lord Vishnu is among all other major Hindu gods that have been worshipped in Kashmir for millennia. The ancient texts and countless iconographic representations of these deities attest to this long-lasting religious tradition of India.

Vishnu is usually shown with light blue skin and four arms. In four hands he holds his attributes: a lotus (the symbol of purity and creativity), a club, which symbolizes time; a wheel, a symbol of the cycle of existence, and a conch (shankha), a source of all things. He is the beautiful guardian of life, close to the sun, light, fire, and water.

He wears pitambara, a special garment of gold that symbolizes the Vedas; it is said that the divine light of Vishnu shines through his wonderful garment in the same way as the light of truth radiates through the holy words.

He rides on the eagle Garuda, which is endowed with four arms and multi-colored wings, and usually rests, floating on Ananta, on the snake Ananta ("Endless" or "infinity") on the primeval waters.