Conny Waters - AncientPages.com - Probably one of the biggest troves of gold and silver coins dated to the 14th century was discovered on the territory of the Czech Republic.

This accidental discovery was made by a young couple out for a walk in a forest near the Kladruby Monastery in the region of Tachov, a town in the Plzeň Region of the Czech Republic. 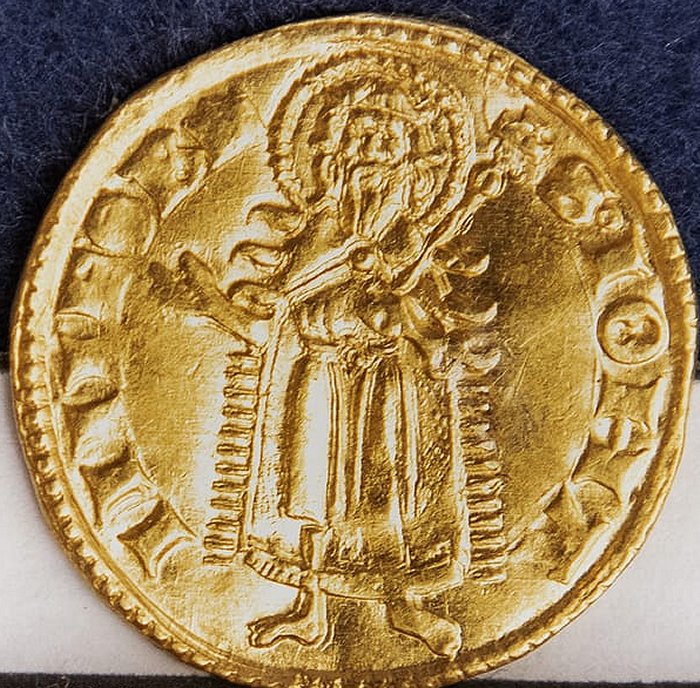 “As they were walking through the forest, they spotted a few coins, two made of gold and one of silver, lying on the ground. They were probably dug up by some forest animals, most likely by wild pigs,” Milan Metlička, an archaeologist from the Museum of West Bohemia in Plzeň, told Czech Radio.

“There was a large stone protruding from the ground. When they pulled it out, they saw a large amount of gold and silver coins underneath and they immediately called us to announce the discovery.”

The treasure was found already in March this year but it was not until this now that the museum announced the find to the public.

Among the coins are gold ducats bearing the image of the Czech King and Holy Roman Emperor Charles IV, Albrecht of Austria, and Rupert of the Palatinate as well as ducats from the Hanseatic city of Lübeck, and 343 silver groschen mostly minted in Bohemia during the reign of Charles IV and several groshen bearing the image of John of Bohemia, the Duke of Luxembourg.

“The discovery of the silver groshen is not that unusual. But such a large trove of gold coins is really unique. No such discovery was made in the country in the past 50 years,” Mr Metlička said.

Archaeologists believe the coins were buried in the ground in the late 1370s. However, for now, it is unknown why someone hid the treasure that is most probably linked to the nearby Monastery in Kladruby. 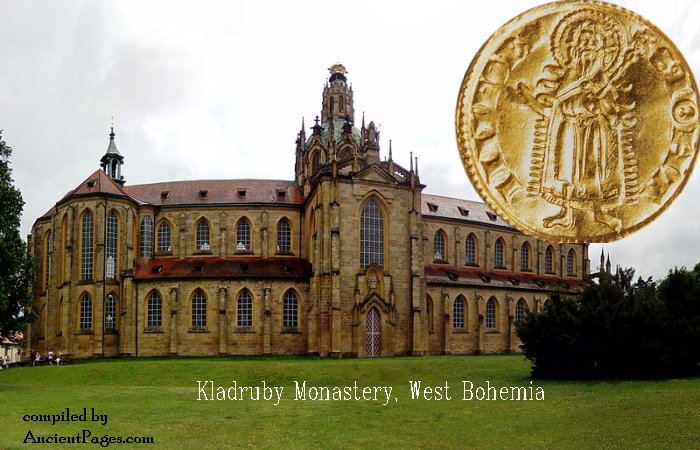 According to František Frýda, director of the West Bohemian Museum in Pilsen, "the hiding of the treasure is probably related to local disputes over the Kladruby monastery estate. Due to a large number of gold coins, it is also possible that the monastery sent a messenger with them, for example, and he hurriedly hid the amount from his paws, or on the contrary, thieves hid the loot so that the pursuers would not find it with them, " Frýda said.

“The monastery was located on a strategic medieval trade route between Prague and Nürnberg. And since the discovery was made not far from there and close to the royal town of Stříbro, it is very likely that it is somehow connected to it.”

According to Mr. Metlička, it is hard to express the value of the find in terms of money, but the nominal value of the gold coins, which weigh over 325 grams, is at least CZK 420,000.

The coins are expected to go on display in the Museum of West Bohemia in Plzeň at the end of this year or at the beginning of next year after they have been restored and cataloged.