Conny Waters - AncientPages.com - A double stamp impression on a bulla and a seal made of used pottery shreds discovered in the City of David may indicate that despite the plight of Jerusalem after the destruction of the First Temple, efforts were made to restore the stature of the administrative authorities. 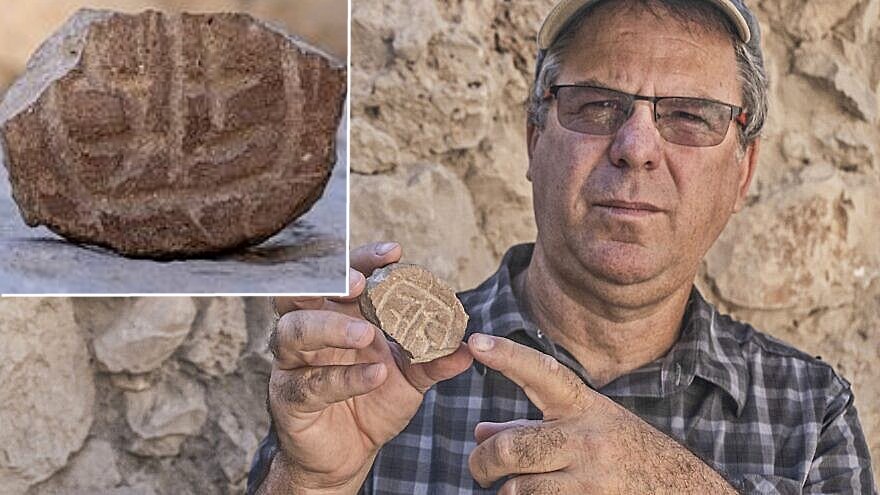 The archaeological evidence revealed in excavations by the Israel Antiquities Authority and Tel Aviv University in the Givati Parking Lot Excavation of the City of David may provide evidence of the restoration of the city in the period of Ezra and Nehemiah.

The seal impression, bullae, were small pieces of clay used in ancient times to sign documents or containers (for example, storage jugs for agricultural produce collected as a tax) intended to keep them sealed en route to their destination.

According to Professor Yuval Gadot of the Department of Archaeology and Ancient Near Eastern Cultures at Tel Aviv University and Yiftah Shalev of the Israel Antiquities Authority: “Despite the numerous excavations conducted in Jerusalem to date, so far the findings revealed from the Persian period are extremely meager and therefore we lack information regarding the character and appearance of the city during this period.”

The researchers emphasized that “discovering these artifacts in an archaeological context which can be dated with a high probability is very rare.”

According to the researchers: “Discovering the new findings on the western slope of the City of David adds much information about the city’s structure during the period of the Return to Zion, a period we knew about mainly from biblical literature (the books of Ezra and Nehemiah).”

“The findings from the Givati Parking Lot Excavation shed light on the renewal of the local administration, in a location similar to the one that existed before the destruction of the First Temple, about 100 years prior,” they said, according to a statement.