AncientPages.com - During the inauguration ceremony, Egypt officially reopened the 6th century Library and Mosaic in St. Catherine Monastery in Sinai.

The famed monastery, located in southern Sinai, has an ancient priceless library that contains thousands of unique historical and religious manuscripts. It is said that some of the works are the oldest in Christianity. 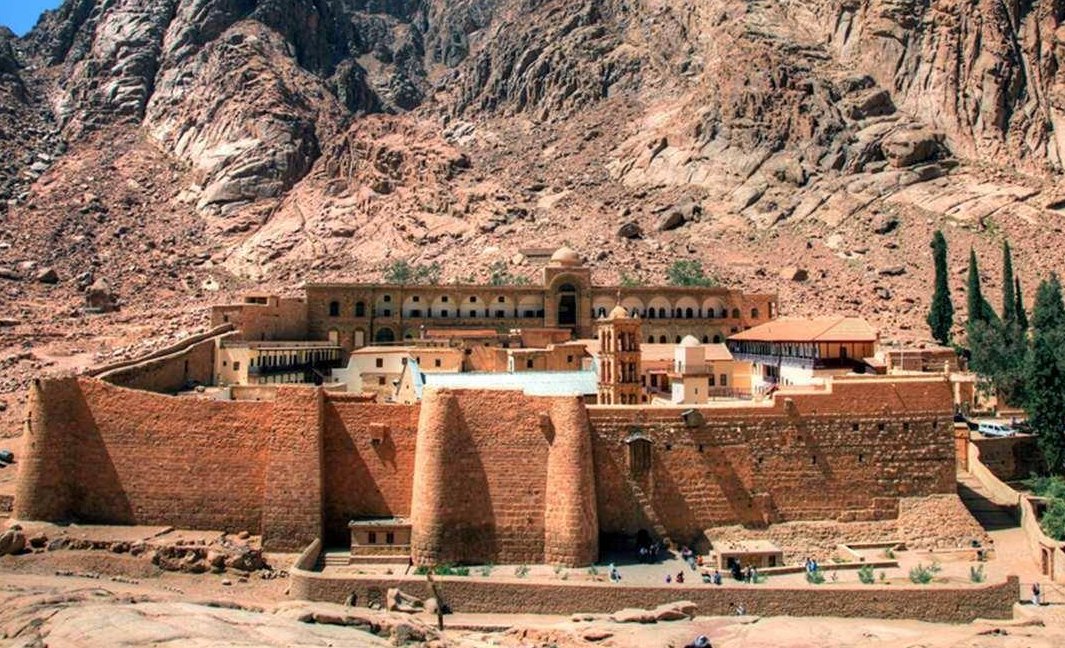 Founded most probably about 548-565 AD, the monastery was probably constructed on the orders of Eastern Roman emperor Justinian I.

Some ancient accounts say that it was constructed so as to enclose the older Chapel of the Burning Bush, a structure originally patronized by the mother of Constantine the Great, Empress Consort Helena.

According to the monastery's archbishop, Monk Damyanos, the monastery has the world's second largest collection of early codices and manuscripts. This collection is only outnumbered by the Vatican Library.

Most of these literary treasures (mainly Christian texts) are written in Greek. Others are in Arabic, Syriac, Georgian, Hebrew, Armenian and Polish. 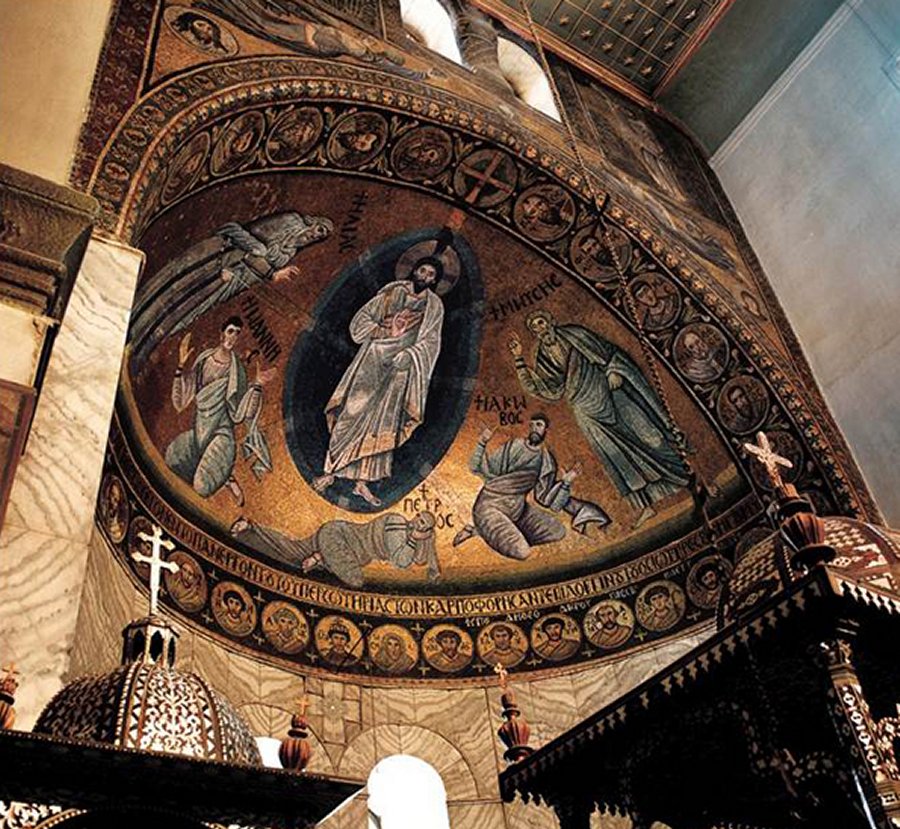 Transfiguration, Monastery at Saint Catherine's, Sinai, Egypt. Christ stands against a golden background surrounded by a mandorla, or almond-shaped ring of bright colors and rays of light. The vivid rays illustrate the emphasis in the synoptic gospels on the brightness and whiteness of Christ. As the Gospel of Mark says in 9:2–4 (English Standard Version): Image credit: MET

Thousands of scrolls and books dated to the 4th century are also included in the collection.

According to AP’s report, during the renovation of the library, archaeologists found some of Hippocrates' centuries-old medical recipes. The ancient Greek physician is widely regarded as the "father of western medicine."

“At least 160 of the manuscripts include faint scratches and ink tints beneath more recent writing, according to Kazamias, who believes the palimpsests were likely scraped out by the monastery's monks and reused sometime between the 8th- 12th centuries.

The officials also inaugurated the Mosaic of the Transfiguration in the basilica of the monastery. The mosaic features a rich chromatic range of glass paste, glass, stone, gold and silver tesserae. It was created in the 6th century at the behest of the Byzantine Emperor Justinian, who also requested building the monastery.

St. Catherine's, where the monastery is located, is an area revered by followers of the three Abrahamic faiths, Judaism, Christianity and Islam.