Ellen Lloyd -  AncientPages.com - The Vatican is a symbol of Christianity. We are today so used to the name that we hardly think about how the Vatican got its name. The truth is that the name Vatican is neither Latin nor Greek and it cannot be traced to the Bible either.

The word we associate with the Church is closely linked to the Etruscan goddess Vatika. As you are about to find out, the name "Vatican" predates Christianity and is shrouded in mystery. 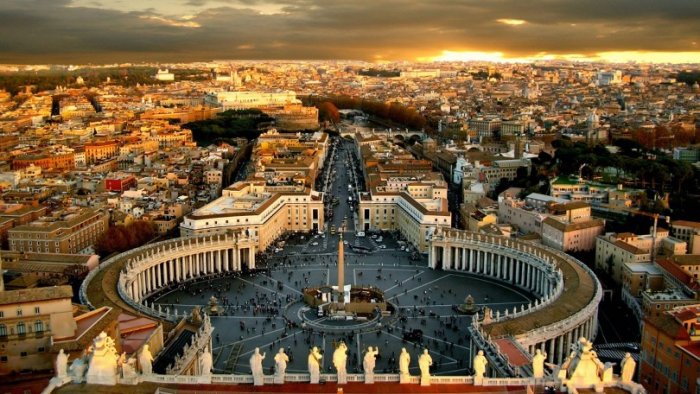 Inside The Vatican City State

The Vatican City State was founded on February 11, 1929. Located in Rome, Italy, it is the world’s smallest independent country by both population and area. The city has a population of around 840 and an area of approximately 108 acres (44 hectares).

The Vatican is a symbol of the Roman Catholic faith and its power and influence on religious people cannot be denied and the Holy See’s authority extends over Catholics throughout the world. 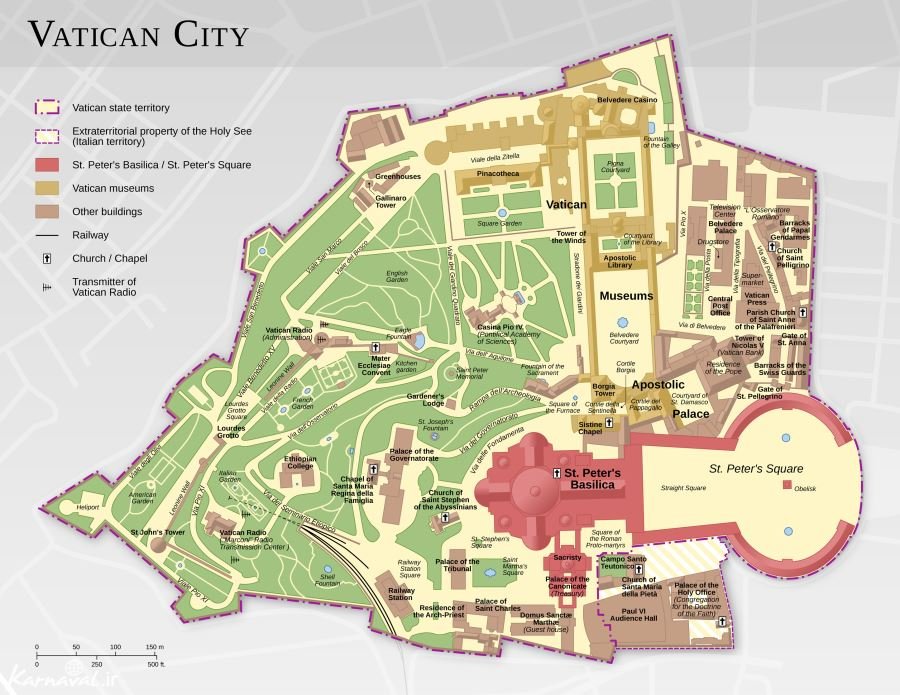 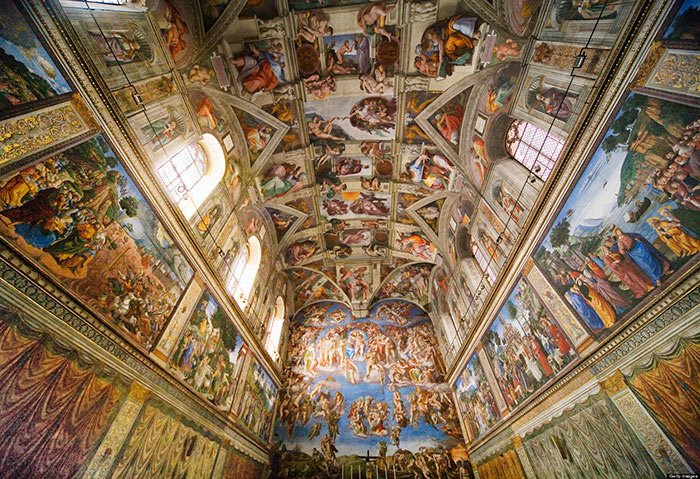 The Vatican Library was founded in 1451 AD and holds over 80,000 manuscripts, prints, drawings, plates, and incunabula (books printed prior to 1500 AD) written throughout history by people of different faiths from across the world. 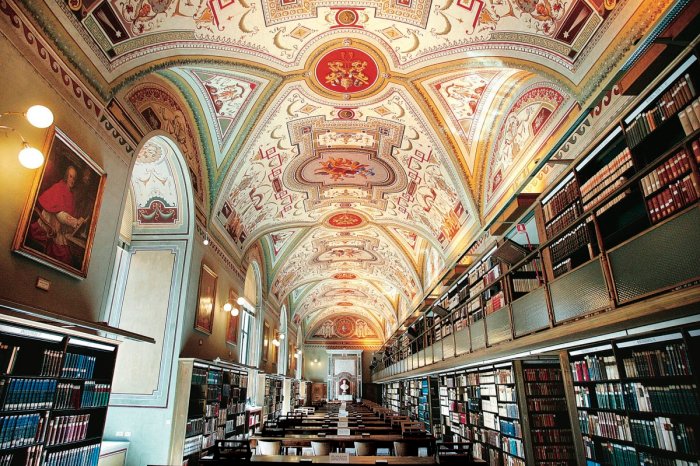 The Vatican's secret archives are not as secret as many think. In 1881, Pope Leo XIII allowed scholars to visit the private archives for the first time and in modern times it’s possible to get access to the documents, but outsiders must know what they are looking for because with 52 miles of shelves in the archives, the librarians prohibit browsing.

The Etruscan Goddess Vatika Of The Underworld

The name Vatican is a true mystery. It has nothing to do with the Bible, Greek language, or Latin. Like many other Christian traditions and customs, the name we associate with the Church has a pagan origin.

More than twenty-eight centuries ago, and before the legendary founding of Rome by Romulus and Remus, there were people called the Etruscans.

About 3000 years ago, the Etruscans settled in a region of Central Italy was known as Etruria and they ruled the region of the Mediterranean before the rise of Rome. 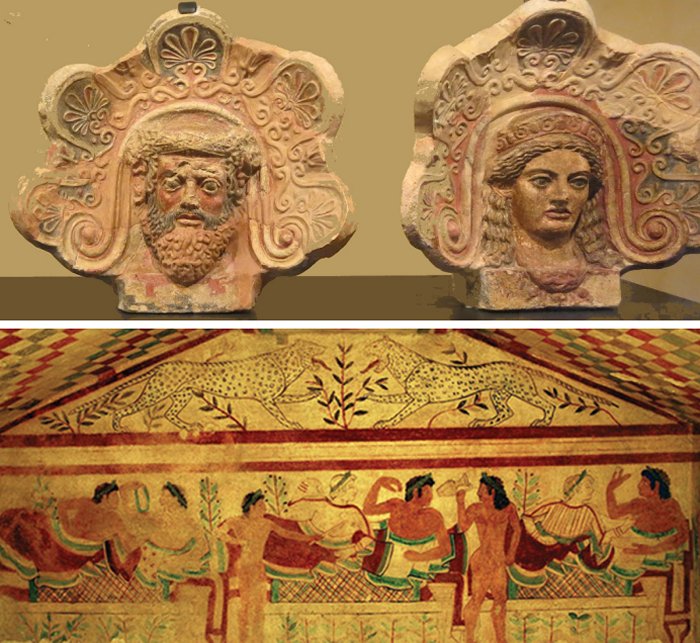 In the Etruscan world, women, unlike their contemporaries in Greek civilization, enjoyed great freedom.

We are still trying to master the difficult language of the Etruscans, but over the years we have learned a lot about their beliefs and daily lives. In fact, most of the knowledge we possess about Roman civilization comes from the Etruscans.

The Etruscans did not bury their dead inside the walls of their cities.  Instead, they built a large cemetery on a hillside slope outside of their ancient city in the area that later became the city of Rome.

Sadly, most of Etruscan literature and mythology have been lost, but we know that the guardian of this necropolis was the Etruscan goddess Vatika (sometimes spelled Vatica). She was the goddess of the Underworld and it was her duty to keep a watching eye on those who had passed away.

The Etruscans believed in an afterlife but our knowledge about it is derived mainly from images and artifacts discovered inside their tombs. It seems that the Etruscan’s beliefs about the afterlife were similar to those of ancient Egyptians. Treatment of the deceased's remains was important for survival and a successful journey to the next life. 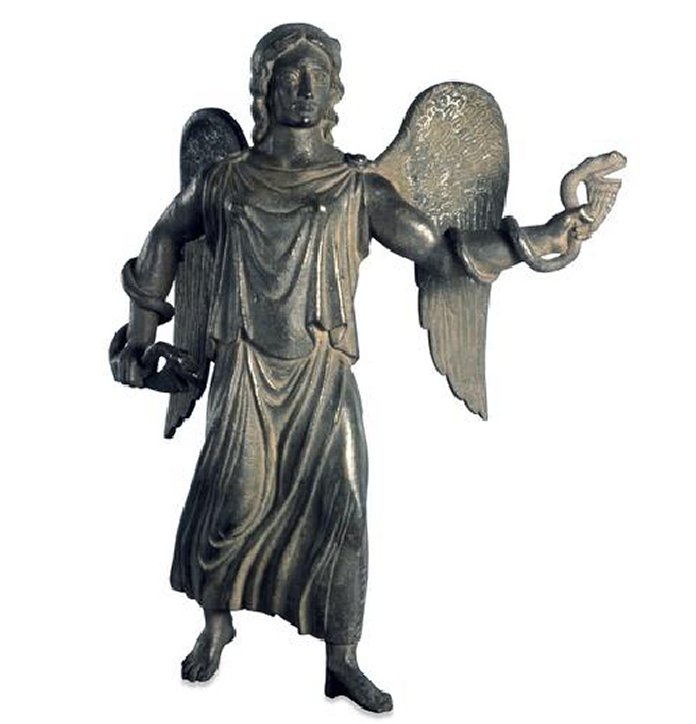 Vanth, an Etruscan death daemon and servant of Charun (Greek Cheiron), lord of the Underworld was often depicted on urns that held the ashes of cremated bodies. Vanth was usually depicted with wings and had bearded snakes entwined around her arms.

According to Etruscan mythology, Vanth was present from the moment of death until entry into the Underworld.

Where Does The Name Vatican Come From?

Vatika had several other related meanings in ancient Etruscan.  The name was not only associated with the goddess of the Underworld. Vatika was also a bitter, not well-tasting grape used by a peasant to produce cheap wine. The grape as well as a weed with the same name grew on the slope. When people ate it, they experienced hallucinations, and the word passed on into Latin as a synonym for “prophetic vision”. The Latin word 'vaticinor' means "foretell, prophesy" from 'vatis' - "poet, teacher, oracle".

However, according to a Vatican curator, the Vatican Hill takes its name from the Latin word Vaticanus, a vaticiniis ferendis, in allusion to the oracles, or Vaticinia, which were anciently delivered here.

So, we can conclude by saying that the origin of the name Vatican is unclear, but most researchers think the name was borrowed from the Etruscan language.

Blech, Benjamin. The Sistine Secrets: Michelangelo's Forbidden Messages in the Heart of the Vatican