A. Sutherland - AncientPages.com - The ancient Maya believed that the underworld – Xibalba - was a ‘place of fear’. In some ancient accounts, it is a domain of evil demons, busy with plotting against the gods in heaven. In other accounts, Xibalba is a place of decay and disease and a destination of human souls after death. 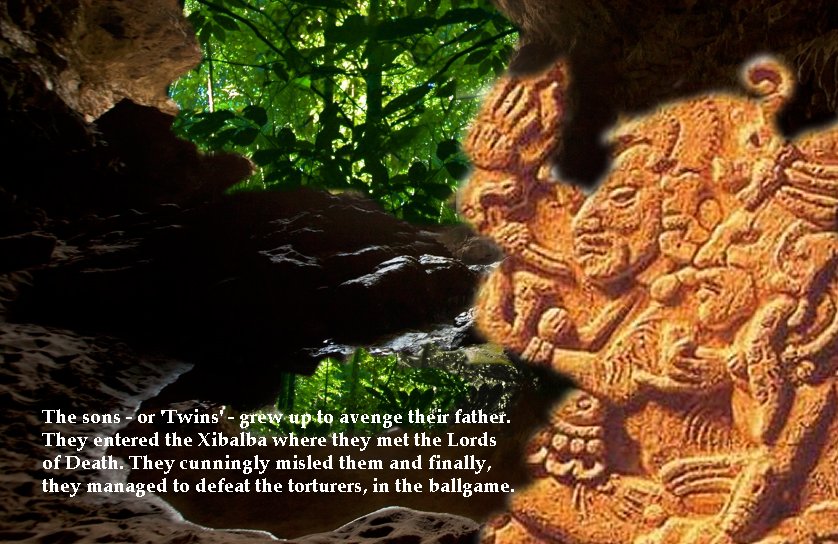 After the creation of the earth, the Popol Vuh says, one of the routes from the surface of the earth to the Xibalba council house was through a cave passageway located at the eastern horizon. It was reached by traveling through a dangerous, rocky road filled with many obstacles difficult to overcome, such as a river filled with blood or another one, full of scorpions.

This large underground city is organized into nine, gradually descending levels. It contains passages, dark caves, and the living spaces occupied by the Lords of Xibalba.

Popol Vuh of the K'iche' people says the Xibalba has twelve gods - the Lords of Xibalba. The first among the Maya Death Gods ruling Xibalba were Hun-Came ("One Death") and Vucub-Came ("Seven Death").

The remaining ten Lords are referred to as demons responsible for various forms of human suffering; they cause pain, sickness, fear, starvation, fear, and finally death.

The remaining occupants of Xibalba remain under the control of these Lords of Death occupied with trials, tests, and awful traps for anyone who enter the city of Xibalba.

The Lords of Death govern over at least six houses of torture, filled with terrible trials for visitors. The first was Dark House, a house that was completely dark inside. The second was Rattling House or Cold House, full of bone-chilling cold and rattling hail. The third was Jaguar House, filled with hungry jaguars. 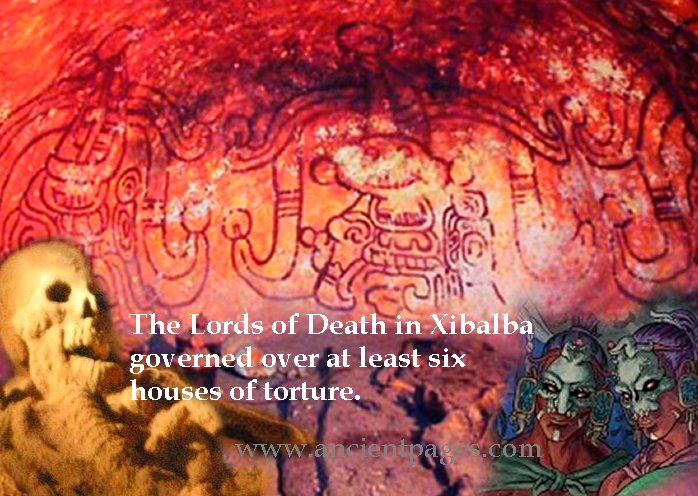 According to the Popol Vuh, Xibalba has also a famous ballcourt, in which the heroes succumbed to the trickery of the demons in the form of a deadly, bladed ball.

One of the Maya well-known myths tells about the Hero Twins (Xbalanque and Hunahpu) who were ballplayers like their father and uncle, Hun Hunahpu and Vucub Hunahpu. Sent to Xibalba by the Lords of the Underworld, the father and uncle were defeated and sacrificed. Two sons were conceived, however, by the seed of the dead father. The pregnant mother fled from Xibalba.

The sons - or 'Twins' - grew up to avenge their father. They entered the Xibalba where they met the Lords of Death. They cunningly misled them and finally, they managed to defeat the torturers in the ballgame. Later, they could safely escape and contributed to their downfall.

For the ancient Maya, it was an important symbol, a resurrection of life not only associated with human life but also that of creatures and the agricultural cycle of growth, decay, and reemergence.

On the Maya depictions, the hero Hun Hunahpu is the maize god, Hun H’unahpu, probably the most important of the celestial beings in the Maya beliefs.

Some places were believed to be entrances to the Xibalba, one of them was a cave in the vicinity of Cobán, Guatemala, and another, a cave network in Belize, located on the eastern coast of Central America.

McKillop H. I. The Ancient Maya