A. Sutherland - AncientPages.com - Napoleonic Code was the French civil code introduced under Napoleon I on 21 March 1804.

It was the first consistent set of laws concerning criminal and commercial law, property, the family, colonial affairs, and individual rights, given by Napoleon to his people living in post-revolutionary France. The Code eliminated feudalism, supported religious tolerance, and introduced other liberal reforms across Europe. 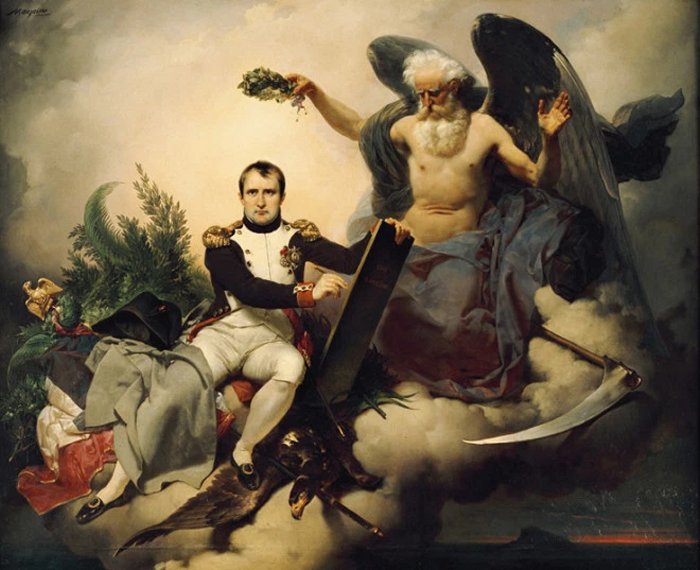 “Napoleon I, crowned by the Allegory of Time, writes the Code Civil” Jean-Baptiste Mauzaisse, 1833.

It is a set of organized laws, which is considered as one of Napoleon’s most important and lasting legacies. To create this progressive legal system, the French military commander and political leader, Napoleon Bonaparte (1769–1821) was inspired by Roman law and principles of the French Revolution.

It has been generally considered a progressive legal system reflecting broad-minded values. The Code required that for laws to be properly applied, secret laws were ended. Ex post facto laws were invalidated and procedures were required to make the application of the laws fair.

The Code was modified and widely adopted outside of France in Europe and the Western Hemisphere.

However, the Napoleonic Code made the authority of men over their families stronger, deprived women of any individual rights, and reduced the rights of illegitimate children.

The Code may have not been favorable for women, historians say.

The Code made women legally and economically dependent on men. Women acquired the nationality of their husbands upon marriage and they had to reside where their husbands desired. The Code guaranteed the supremacy of the man over his wife and children; the husband was the ruler of the household.

“Women could not participate in lawsuits or serve as witnesses in court or as witnesses to civil acts such as births, deaths, and marriages. Such a reduction in a woman’s civil status enhanced that of the individual male. 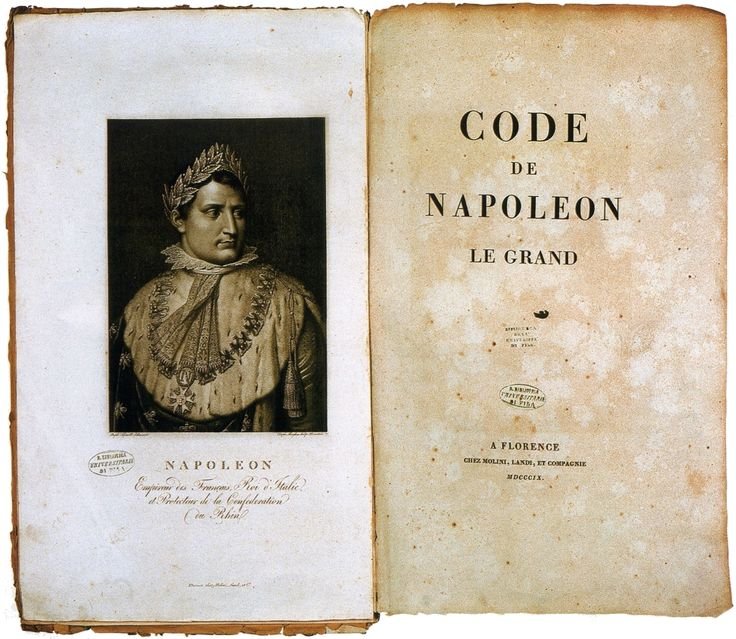 Moreover, the Code reduced, if not eliminated, male accountability for sexual acts and thrust it squarely on women. For example, men were no longer susceptible to paternity suits or legally responsible for the support of illegitimate children.

Women were weakened economically if they bore illegitimate children, whereas men were not so affected if they fathered them. Finally, female adultery was punished by imprisonment and fines unless the husband relented and took his wife back.

Men, however, suffered no such sanctions unless they brought their sexual partner into the home. The sexual behavior of women was open to scrutiny and prescribed by law, whereas that of men, almost without exception, had no criminal aspect attached to it.

Thus "male sexuality was accepted with few limitations, but women's was only acceptable if it remained within strict domestic boundaries." (Bonnie G. Smith, Changing Lives: Women in European History Since 1700)

The abolition of divorce by mutual consent actually amounted to a significant regression for French women.

- A woman cannot contract a new marriage until ten months have elapsed from the dissolution of the preceding marriage.

- The wife may demand a divorce on the ground of adultery in her husband when he shall have brought his concubine into their common residence.

- The married parties may reciprocally demand divorce for outrageous conduct, ill-usage, or grievous injuries, exercised by one of them towards the other. 1

As the Napoleonic Code strongly influenced many legal systems in Europe and the New World, it also set the terms for the treatment of women on a widespread basis.

Napoleon was pleased that his new laws had been spread throughout the empire, and said late in his life:

‘Waterloo will wipe out the memory of my forty victories, but that which nothing can wipe out is my Civil Code. That will live forever.’

An original copy of the Napoleonic Code is stored in the Historisches Museum der Pfalz in Speyer, Germany.

Smith B. G. The Oxford Encyclopedia of Women in World History