A. Sutherland - AncientPages.com - Located 20 km (12.4 mi) north of the Al-`Ula town, 400 km (248.5 mi) north-west of Medina, and 500 km (310.7 mi) south-east of Petra, in modern-day Jordan, the impressive ancient site Mada'in Saleh in Saudi Arabia continues to impress the modem world with its magnificent tombs and monuments that reflect the great skills of the masons of their time.

Madain Saleh, also called Al-Hijr or Hegra dates back to the Nabataean civilization. 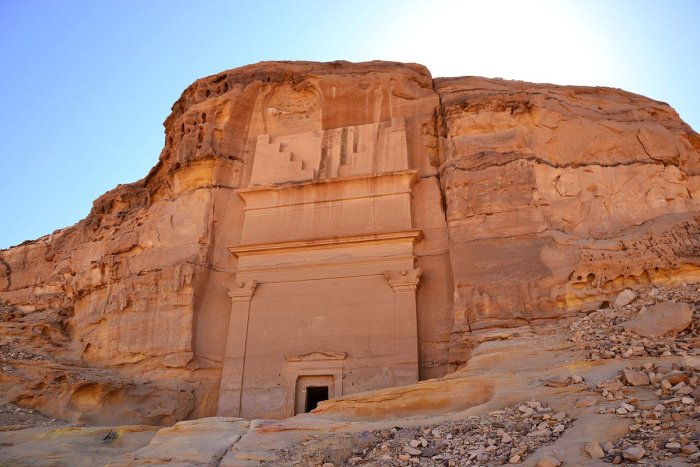 This beautiful place is considered as one of the ´most important archaeological sites in Saudi Arabia and is called "The Capital of the Monuments".

The site constitutes the kingdom's southernmost and largest settlement after Petra, its capital.

With its 111 monumental tombs, 94 of which are decorated, and water wells, the site is an outstanding example of the Nabataeans' architectural accomplishment and hydraulic expertise. 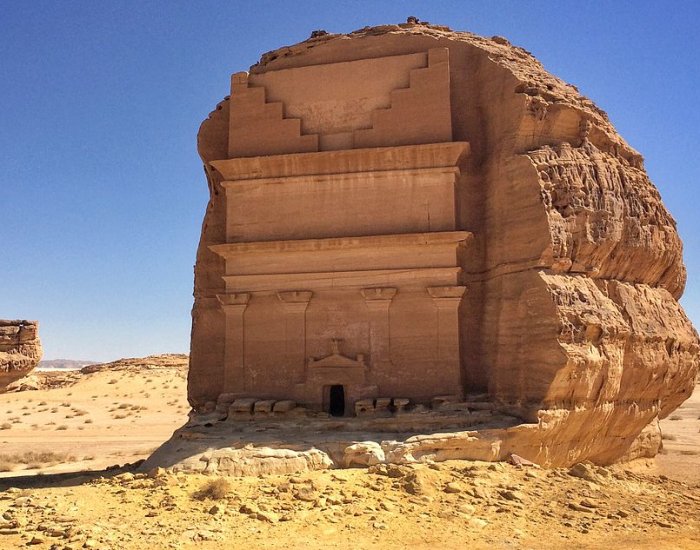 Madain Saleh is the first World Heritage site in Saudi Arabia. Although historians are not complete certain where the Nabataean civilization came from, there is a strong possibility that they came from the Hejaz region of northwest Saudi Arabia and their history goes back thousands of years.

At its peak, the Nabataean Empire stretched from modern-day Yemen to Damascus and from western Iraq into the Sinai Desert, at least, according to some historians.

Unclear Purpose Of Mysterious Rock-Cut City Of Petra - Was It A Fortress Or Sacred City?

No one is really knows how large their empire was. Written records of the Nabataean kingdom are sparse as there are only a few surviving documents and scattered inscriptions and graffiti.

However, many thousands of graffiti carved onto rocks and canyon walls clearly demonstrate that almost every Nabataean could read and write, even the shepherds. 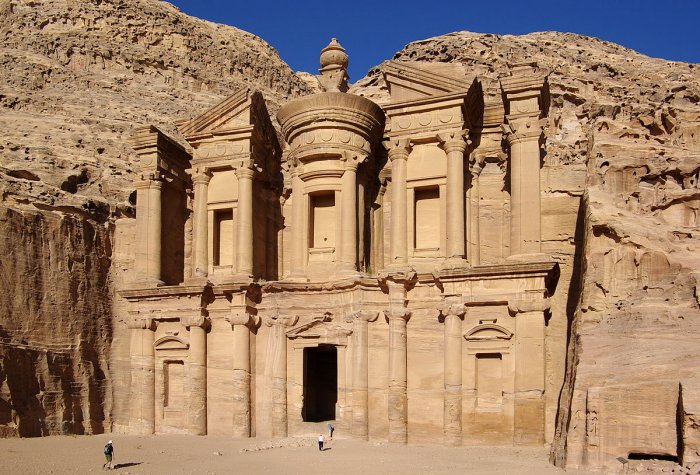 This makes us wonder why the Nabataeans did now write down their history.

According to historians, the Nabataeans were nomads, dwelling in tents in the desert.

They began as pastoral nomads, raising their sheep, goats, and camels in the desert as so many other Arabian tribes have done through the millennia. They also practiced oasis agriculture.

Yet, interestingly within a few short years they also built spectacular and awe inspiring monuments. The magnificent city of Petra is so impressive, that even today tourists stare in awe at the great ruins. Yet, this impressive city was hidden away in a cleft in the rock with access through a narrow crack in a mountain. 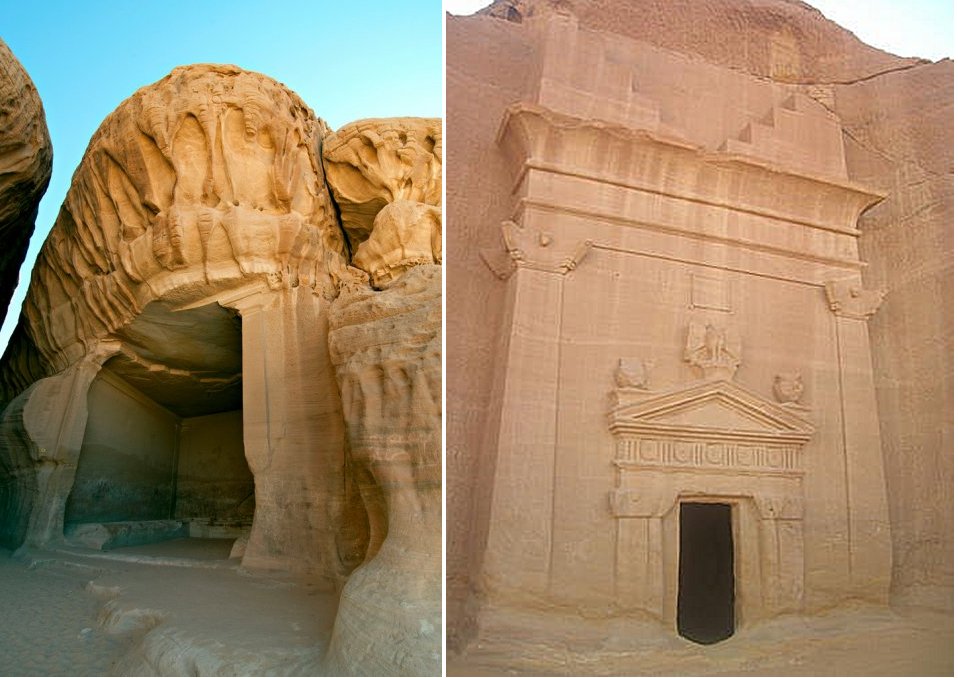 The Nabataeans watched the sky systematically and accurately and there are proof of their astronomical observations.

According to scientists who studied the Nabataean's palaces, temples and tombs these people were skilled astronomers. Great buildings were erected bearing in mind the equinoxes, solstices and other astronomical events that determined the Nabataean religion. 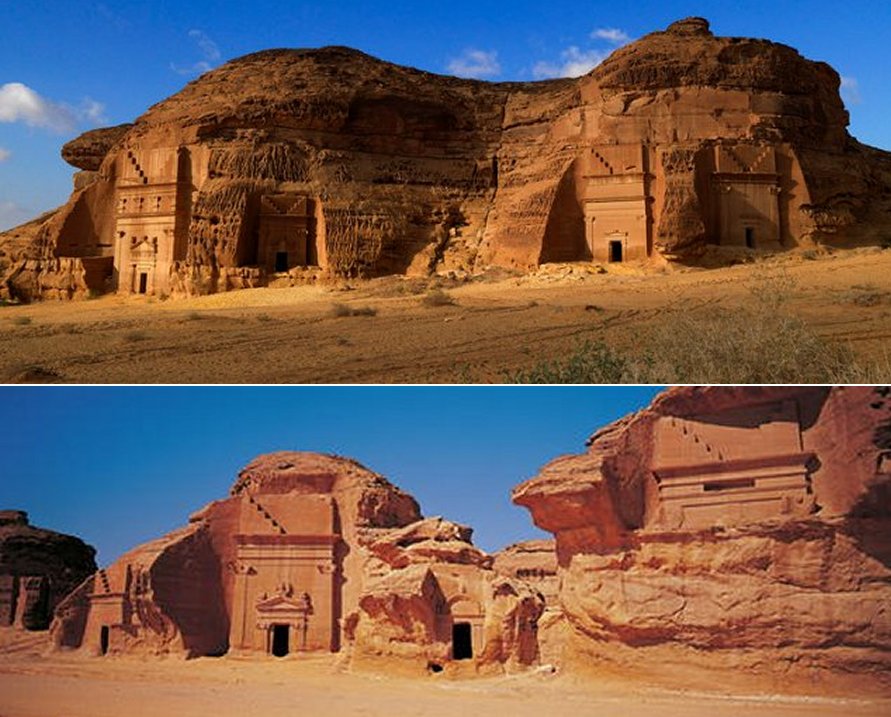 One-third of the tombs, which are amongst the largest, are clearly dated to between 0-75 CE.

Hegra was a major staging post on the main north-south caravan route. A secondary route linked it to the port of Egra Kome, according to a Greek-language source. Two recently discovered Nabataean sites on the shores of the Red Sea could in fact be this port."

The ruins of the town of Hegra lie on the plain some distance from their tombs.