Conny Waters - AncientPages.com - A secret tunnel was accidentally discovered during construction works at the Østerport light rail station in Copenhagen.

According to archaeologists from the Museum of Copenhagen the wooden remnants, located six meters beneath Østbanegade, are part of a secret escape tunnel dating back to the late 1800s. 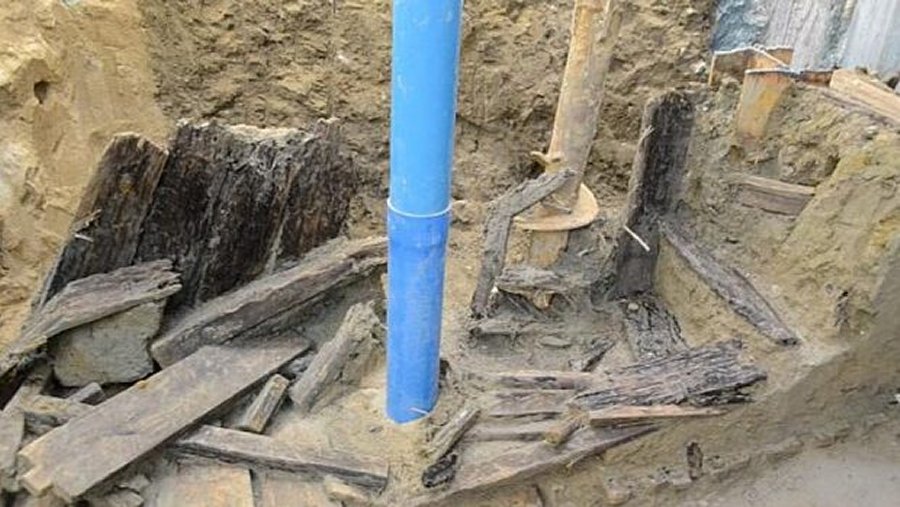 No-one knows why the tunnel was built. Photo: Museum of Copenhagen

At first, a piece of wood was found, and shortly afterward other pieces of wood emerged from the yellow-brown soil layer more than six meters below East Railway Street. Eventually, the archaeologists laid out short planks, almost all of which lay neatly side by side, forming a floor-like surface, about one meter long, and some of the pieces of wood were broken.

Thus, an underground tunnel was discovered.

“The tunnel is seemingly cut off by the rampart at Østerport Station, but the other end continues under Østbanegade. We don’t know if it turns or where it ends. It’s a mystery,” Christian Andreas Flensborg, an archaeologist with the Museum of Copenhagen, told TV2 Lorry.

Initially, archaeologists estimated that the tunnel was from the 1600s, but an analysis of the wood revealed that it came from a tree that was cut down in 1874, reports The Copenhagen Post.

Similar construction methods have been found in tunnels built on the western front during WWI. 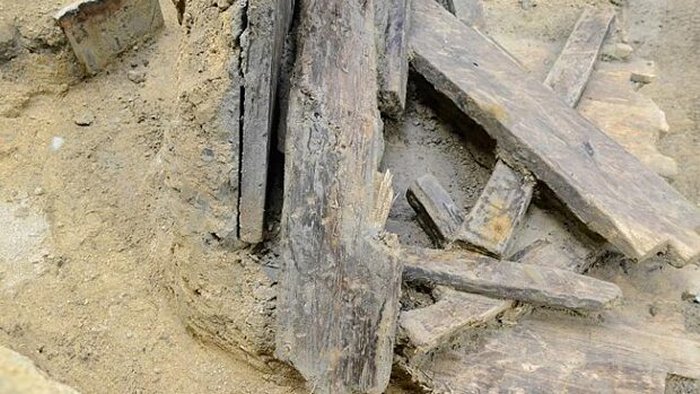 Pieces of stiffening in the secret tunnel at Østerport Station. Photo: Copenhagen Museum

The tunnel is approximately one meter in height and width and is three meters in length but it may be much longer.

“It’s odd that you make a tunnel that no one knows about. This construction must have been secret. It’s a part of Copenhagen’s military history,” said Flensborg.

It was initially assumed that the tunnel was an underground escape route from the 17th century Copenhagen. The tunnel passes through a kind of advanced artificial island off the ramparts at Østerport, which was part of Copenhagen's fortifications, according to the source.

The archaeologists believe that the old escape tunnel, measuring about three meters in length, one meter in height, and one meter in width, can be much longer.

For now, it is unknown why this tunnel was built. Perhaps, it was an old escape tunnel or it served other purposes.