Miroslav Provod - AncientPages.com - Anyone who is even marginally acquainted with the pictorial history of ancient Egypt saw the frequently on papyrus displayed figure of Pharaoh, who holds in his hands "something" of metal that resembles a Christian cross.

The cross is like a Christian cross but at first, sight is very different.

The cross was held at peak by a Pharaoh at an oval thread, through which the fingers of Pharaoh went.

Many theories tried to explain the Nile cross (Ankh), the most famous symbol of ancient Egypt. Some appear to be at first glance amusing; others are a bit more credible. But the reality is that the secret of the Cross "thread" has not been explained. 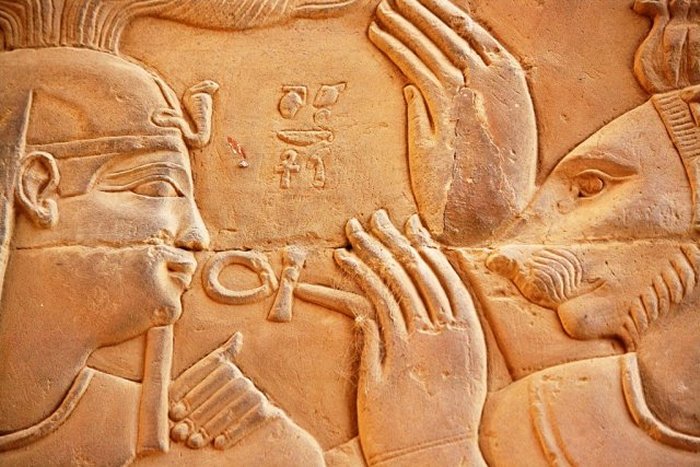 It often happens that under the guise of searching for remote unknown facts people overlook some basic concepts that are at their fingertips.

The desire to detect complex mystic solutions guided many scholars of simple paths while they were trying to solve something almost impossible. In this case, we need to remember the most basic physical principles and laws.

By doing repeated attempts I verified and proved subsequently the fact that prepared the Nile cross off his millennial secrets.
I realized soon any "live" blood in the vessels is the same as a conductor and forms something like a primary thread on the Ankh cross, electrically conductive, while the skin and blood vessel walls are insulators, a kind of insulation around the wire (vessels).

The total length of blood vessels in the body of the average man reaches an impressive 96 million meters and therefore Pharaoh's fingers around the thread produced by vascular a secondary coil is several kilometers long, along with a threaded tip, created from the perspective of Electro physics kind of transformer, which points out from the body of Pharaoh into space.

The tip of the transformer can be described by the known physical law defining the essence of the phenomenon of "suction tip" energy from the surrounding area to either acquire and transform into the body of Pharaoh or out of the body of Pharaoh -this simple device is capable of reducing an excess of energy in Pharaoh's body and therefore emit this harmful energy in the opposite direction into space. 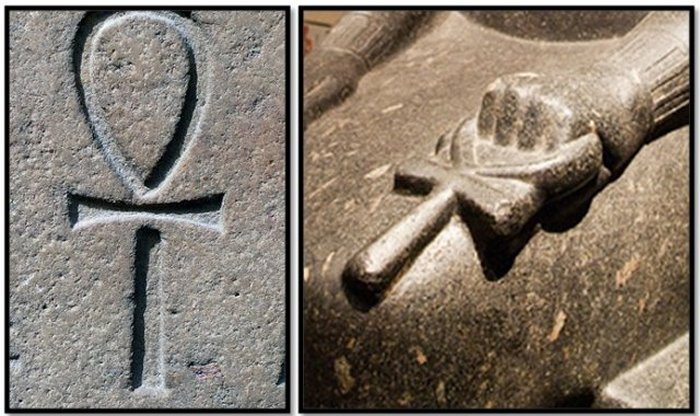 People who can acquire more energy can easily send it through the Nile Cross to pass on to another person, animal, plants, or any weaker charges. Ancient Egyptian Ankh Cross is also able to function in other circumstances.

The Nile Cross is a sort of a transformation antenna that is able to mediate transport of static charge and is completely indifferent in relation to the composition of homogeneous or heterogeneous materials. The picture depicts the movement of static charge through the Nile Cross from metal to rock, which is in the shape of a sphere.

In this case, I could still prove interesting that, although the sphere has the smallest surface in relation to its volume, the shape of balls absorbs more energy than other forms of the same volume and weight. 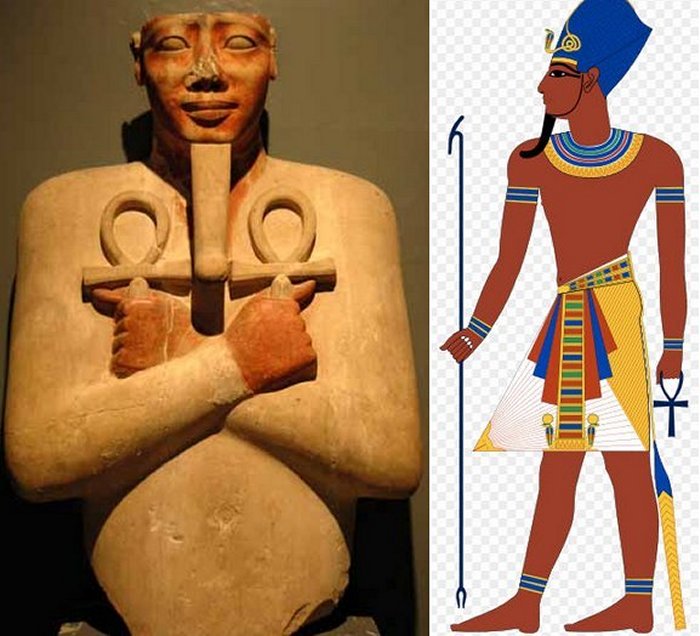 The possibility of energy transfer to the body, and vice versa, can be described as basic knowledge. Whether the level of energy for our bodies is optimal, insufficient or excessive remains unanswered. Certainly, it's not a direct proportionality - the more, the better. Excessive intake of energy can cause negative health effects.

Suppose that the value of the optimal amount of physical energy would result from the knowledge of other yet unknown properties of static charge. A theory can not exclude the possibility that no ideal level of electric charge in our bodies exists.

It is possible that our organisms together with their physical hub by using the Nile Cross in hand only adjust the size of the charge to that of the country below.

Our entire planet does have a negative charge, but on certain sections that are not far apart the magnitude of this "negative charge" is significantly different.

It is, therefore, possible that a physical hub (the Nile Cross) causes something similar to that when the pressure is balanced inside the body of a sinking diver.

The Nile cross in the hand of a Pharaoh, therefore, may only be disposing the physical energy disproportion with the environment and harmonize the status and size of the body charge of Pharaoh and the surrounding country, from which all the civilized people are stripped by their shoes, which, unlike bare feet, will not let even a very low voltage transients, and hence equalize the energy states between the body and the ground below.

If any reader - like me - plans to experiment with the size of the charge on himself, I strongly advise that should any health anomalies occur (such as back pain, hand tremors, impaired vision, unsteadiness, etc.) that they immediately interrupt their experiments.