Ellen Lloyd - AncientPages.com  -  When we are angry with someone, we often say “Go to hell”. Whether we believe in the existence of a hell is unimportant. We have simply been taught that hell is a not a place anyone of us would gladly visit.

The idea that some sort of hell exists is very ancient. Many tend to associate hell with Christianity, but this afterlife destination where a person will be punished for his or her deeds appears in several mythologies, legends and religions world-wide. In most cases, hell is described as a place of torment and punishment. However, sometimes it’s only regarded as an abode of the dead, or something in between. 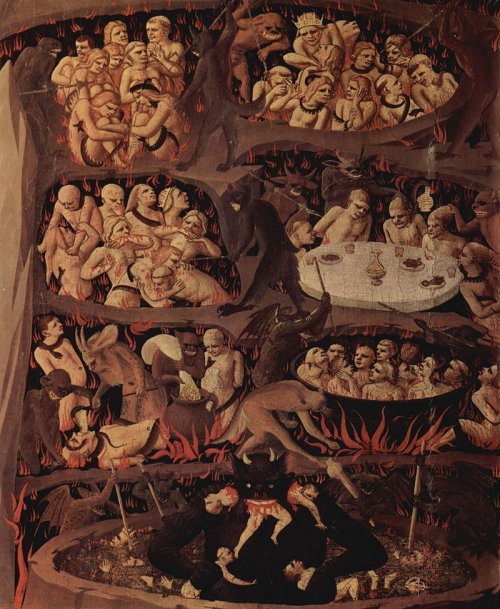 In Norse mythology it is Loki’s terrible daughter Hel who is the goddess of death and a ruler of Niflheim, a dark dwelling place for the dead and one of the Nine Worlds of a cosmic ash tree, Yggdrasil.

According to the Sumerian afterlife belief, people would take a journey to the Underworld, a gloomy and unpleasant realm where goddess Ereshkigal, the sister of Inanna (Ishtar) ruled.

Those who didn’t follow Maat, ancient Egypt’s most important religious concept were thrown to Ammit, the "devourer of the dead" and would be condemned to the lake of fire.

Ancient Greeks believed that Tartarus divided the lands of the living from the land of the dead.

The Christian version of hell is supposed to frighten believers from committing sins and it is defined by the Roman Catholic Church as “a state of definitive self-exclusion from communion with God and the blessed.” If you’re a Christian and find hell frightening, then remember that Diyu is much worse.

Diyu is the Chinese version of hell partly based on the Buddhist concept of Naraka.

Naraka is the Sanskrit word for the realm of hell in Dharmic traditions. Naraka is mentioned in Hinduism, Sikhism, Jainism and Buddhism. 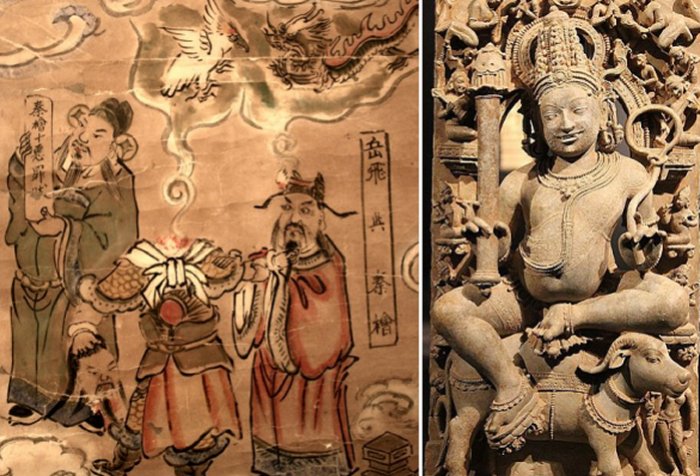 As many know, Buddhists believe in reincarnation, but this doesn’t imply that a person will be re-born shortly after he or she passed away. Reincarnation can be a very long process. Most students of Buddhism are aware of that Buddha did teach about hell and related how God Yama judged a newly deceased person's destination. These teachings can be found in the Devaduta Sutta. There is a close relationship between the Naraka concept and the traditional Chinese beliefs about afterlife.

It’s important to keep in mind that Naraka differs a lot from the Christian definition of hell.

To begin with, the stay in Naraka is not eternal. It can take an extremely long time before one can leave Naraka. Beings trapped in Naraka may be forced to remain there for hundreds of millions to quintillions of years, but eventually they do departure from this place when karma (accumulated actions) has achieved its full result.

Another thing is that one is not sent to Naraka as the result of a divine judgment or punishment, but karma.

As previously mentioned on Ancient Pages, Yama is the god of the underworld, who rules the hell and judges the dead. God Yama also guards the Akashic records. Legend has it that before Yama became the lord of the dead; he walked much around the world and experienced many adventures. Once he discovered a way up to heaven and unfortunately, in consequence, he spread mortality over the world and eventually, he became the ruler of the dead.

In Chinese mythology, Jade Emperor put Yama in charge over everything that happens in Diyu.

According to Chinese beliefs there is no way to avoid going to Diyu. Everyone who dies must end up in Diyu, but the length of the visit depends on the severity of the sins one committed. Once punishment has been served, reincarnation takes place and one is free to begin a new life in a new physical body or form. It is God Yama who decides when the being’s soul passes from one stage to another.

In Diyu there are ten courts of hell and each one of them is overseen by a Yama King. Chinese believe there are many hells spread across our planet and in the universe. As many as 12,800 hells are supposed to be located below Earth’s surface There are 8 dark hells, 8 cold hells and 84,000 miscellaneous hells that can be found at the edge of the universe.

Diyu And The 18 Levels Of Hell

The most horrifying description of Diyu can be traced to the Tang Dynasty. In this underground maze there are 18 levels with awful chambers where people are tortured and constantly suffer pain. No matter how much a person suffers, it’s impossible to ‘die’ from the torture because the body is always restored to its original state and the agony is repeated.  Which chambers a person ends up in depends on the sin he or she committed. 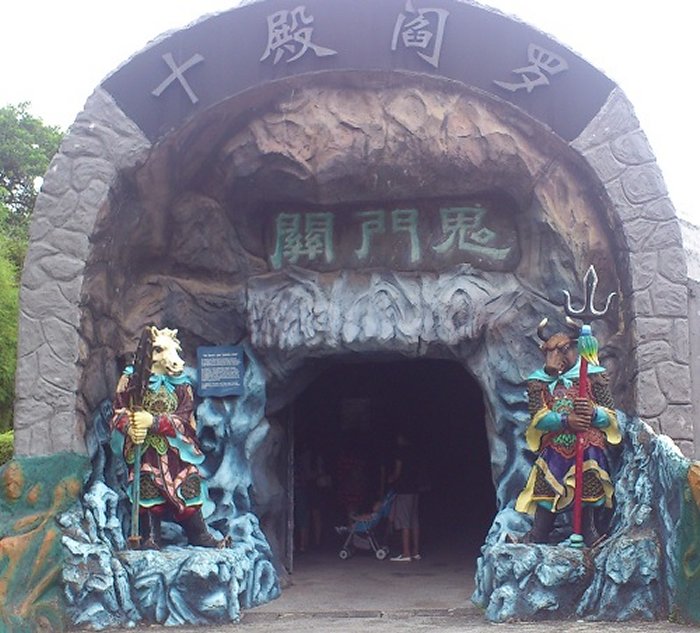 Gossipers, for example are sent to the chamber of tongue ripping. Those who break others’ marriage are tortured in the chambers of scissors where their fingers are cut off. Hypocrites and troublemakers go to the chamber of steamer. Arsonists can be found in the forest of copper column where they are bound to columns of glowing copper. On the mountain of knifes there are those who killed an innocent person with a knife. As punishment the murderer is forced to climb a mountain with sharp blades sticking out. The lowest level in Diyu is Avīci and this place is reserved for those who have committed truly wicked crimes, including the Five Grave Offences which are:

One can say that all forms of torture take place in Diyu. The Chinese perception of hell certainly does encourage people to be good beings and avoid sins.