Jan Bartek – AncientPages.com - About 6,000 years ago someone carved a mysterious goat-like figure on the Balchiria Stelae in Corsica.

It’s a design that is unlike anything seen in the Western Mediterranean at this time. What were ancient people trying to tell us when they made this puzzling engraving? Whom does it depict? 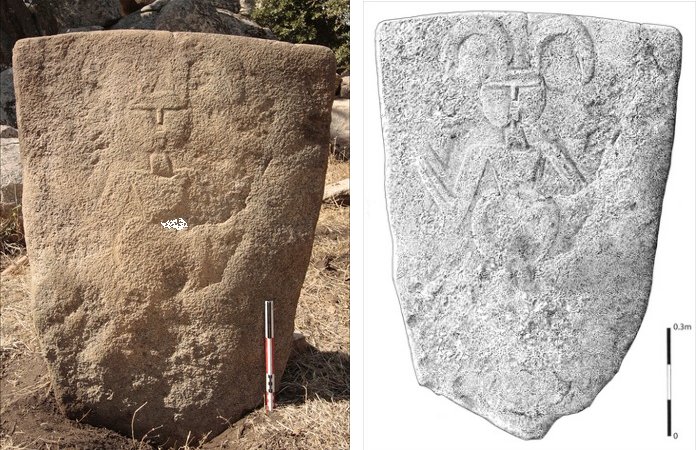 Corsica is an ethnically Italian island that has belonged to France since 1768, but there is archaeological evidence this beautiful place has been occupied for thousands of years

Many ancient structures found on Corsica are mysterious, and so is even the island’s name. It’s unknown why the island is called Corsica. Perhaps the name comes from ancient Greece where the island was known as Kalliste, Corsis, Cyrnos, Cernealis, or Cirné.

Corsica Was Occupied By Many Ancient Civilizations

During its long prehistory, Corsica has experienced many invasions and all ancient civilizations have left a legacy on the island. Phoenicians established numerous colonial cities along the coasts of the Mediterranean, and Carthaginians occupied Corsica for a short period. Later, Etruscans made claims on the land, and in 238 B.C. Corsica became a province of the Roman Republic.

During the Middle Ages, Corsica was invaded by the Vandals and the Ostrogoths, but the Byzantine Empire recovered the island and it became part of the Kingdom of the Lombards.

Struggles to claim Corsica as its own continued for many years, and so did attempts to gain independence. Finally, Corsica fell into the hands of the French.

There are many interesting ancient structures on Corsica that have intrigued archaeologists and historians. The most famous ones are known as the torri, "towers" named after their builders the Torrean civilization of the Corsican Bronze Age. These towers were raised in various parts of the island. 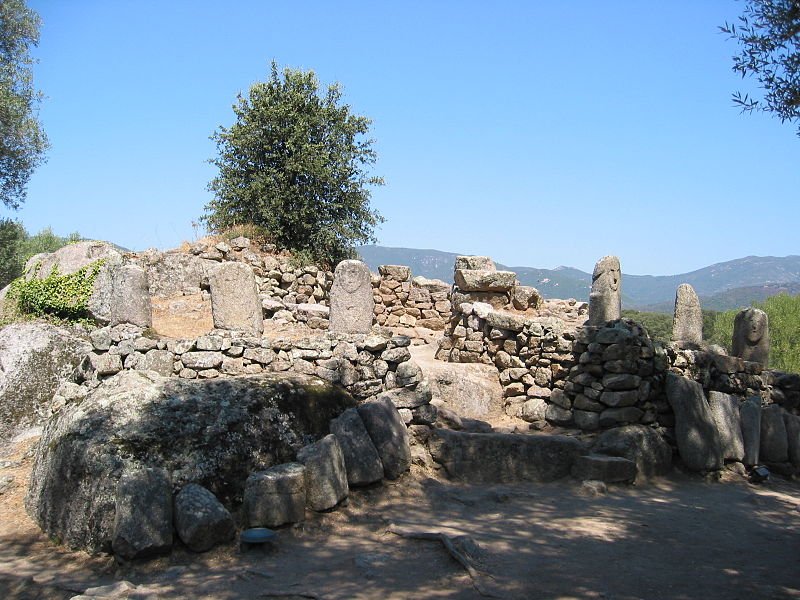 The Torreans were stone warriors, who according to researchers “were the same people as the seagoing Shardana who were known to have attacked Egypt in the late second millennium BC, and the bronze weapons with which they subdued the islanders were the weapons depicted on the sword-bearing menhirs of Filitosa.” 1

The Torréens conquered Filitosa around 1300 BC and destroyed most of the menhirs, incorporating the broken stones into the area of dry-stone walling surrounding the site’s tree torri (towers). Conical structures such as these were built by the Torréens all over the south of Corsica. 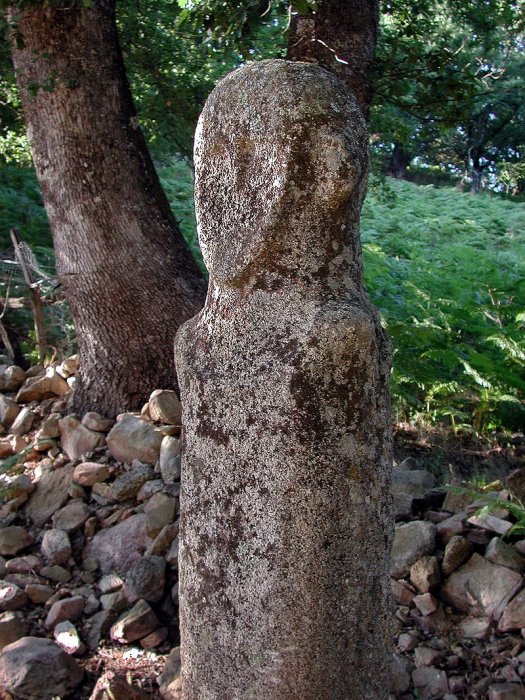 Again, no one is absolutely certain of their function; it’s generally agreed that the smaller specimens are likely to have been used as places of worship to some divinity, though traces of ashes and bones found in some suggest they could have been where the Torréens burned of buried their dead. Corsica’s larger torri are thought to have served as stores for weapons or food, or perhaps refuges or lookout towers.” 2

The torris are similar to the Nuraghi which are beehive-like towers found on Sardinia.

Mystery Of The Balchiria Stelae

The two stone stelae, known as the Balchiria stelae were accidentally discovered in 2017. Scientists think it was once part of a now ruined prehistoric monument. The engraved anthropomorphic image of a goat-like figure has intrigued researchers.

“The head of the figure, which features a T-shaped block forming eyebrows and a nose, is capped by two curved appendages that resemble horns (Figure 1). The torso rests above a large circle, which features no explicit representation of lower limbs. The upper limbs are clearly depicted except at their extremities: the right limb is folded into a prayer position, while the left has been depicted only above the elbow.” 3 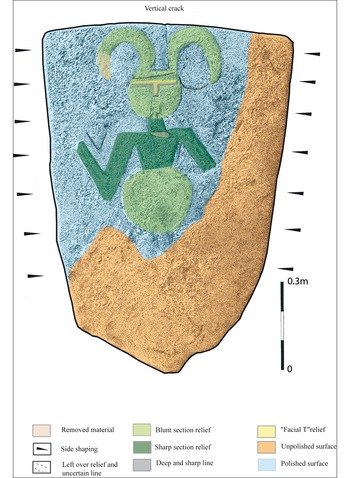 Ancient depictions of beings with horns have been found on many occasions in Europe. Archaeologists have uncovered more than one hundred rock-cut tombs in Sardinia that had walls covered with bucrania (schematic depictions of cattle head and horns). Several such engravings have been discovered in the hypogea of the Ozieri Culture (c. 4200–3500 BC) who also produced ceramics with outstretched arms. These ancient images have been interpreted as representations of a bull-like divinity.

However, the figure engraved on the does not resemble a bull, but rather a goat.

The presence of Ozieri influences in southern Corsica has been confirmed and it’s possible the engraved stela at Balchiria could be the work of this ancient culture, but the identity and purpose of the engraved goat-like figure are still open for debate.

The stela is unique in the Western Mediterranean context both in terms of its motif and morphology. Unraveling the mystery of Balchiria horned figure can tell us more about Sardinia’s prehistory including peoples’ ancient beliefs and traditions.