Ellen Lloyd - AncientPages.com -  The Book of Veles is so controversial that it has been banned in Russia. This old document contains evidence of Genesis, evolution, and migration of Slavs.

Scientists who studied the book are perplexed and its validity has been questioned many times. Yet, no conclusive evidence has been presented that could shed more light on the controversy surrounding this mysterious book.

The Book of Veles was discovered at the beginning of the 20th century in Ukraine, by Russian colonel Isenbeck, in an old, devastated castle. After the Russian revolution, Isenbeck emigrated from Russia and after years of wandering, he settled in Brussels. All the time Isenbeck carried planks with him. He stored them in a cardboard box, until one day Yuriy Mirolyubov, Russian emigrant and scientist, discovered them and took them from Isenbeck. Mirolyubov was the first person who started to study these planks. He worked on decoding texts for more than 15 years.

After deciphering the 45 42 planks made of birch wood it turned out that the book comprised the history of Slavs since 7th century BC until 9th century AD.

According to Meet the Slavs “surface of the planks were scrubbed before carving the letters and afterward painted with some dark matter, which faded over time.

On some planks, besides letters there were carved bullheads, sun, different animals, so Mirolyubov concluded that they represented symbols of months. Letters were not the same size and shape so there was a possibility that different people wrote them and possibly at different times. After thorough research, Mirolyubov concluded that this was the oldest Slavic alphabet, later named Proto-Slavic. But there are no other known inscriptions written in these letters which were similar to Cyrillic.”

The Book of Veles describes how pre-Slavic tribes lived in the “land of seven rivers beyond the sea”. It remains a subject of speculation where this region is located, but it’s possible it is Semirechye, southeastern Kazakhstan.

Several centuries appear to pass without much commotion. The 4th century is described in some detail.  During this time the Slavs fought a number of wars with the Goths, Huns, Greeks, and Romans. Many references to Ermanaric and his relatives are present (placing this section of Book of Veles in the same historical context as the story of Jonakr’s sons, referenced in numerous European legends and sagas).

The Slavs eventually emerged victoriously. The period of the 5th to 9th centuries is described briefly; Khazars and Bulgars are mentioned. The book ends with the Slavic lands descending into disarray and falling under Norman rule.

The Book of Veles remains a controversial artifact.

Basically there shouldn’t be any reason to ban the book and yet, it is banned in Russia. Several scientists who tried to study the document have been ridiculed and the carrier was put at risk. The main reason why it is considered a forgery is that the language of the text which is a mixture of different modern Slavic languages has erroneous and invented forms and no regular grammar. 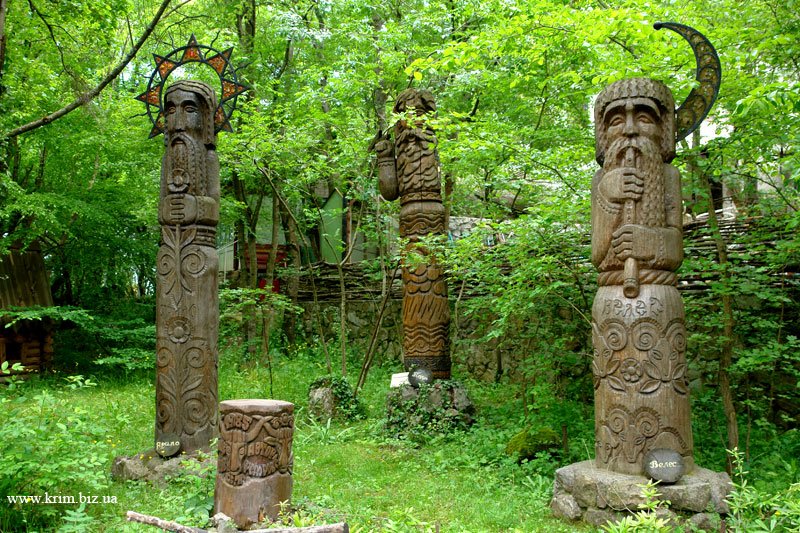 One scientist who believed the Book of Veles is authentic is Professor Anatoly Klyosov who examined and studied the document thoroughly. Moreover, different modern editions of the book have different versions of its text.

Setne Khamwas And The Book Of Magic Written By Thoth

Several scholars believe that the entire book is a product of the collaboration of the editors of this newspaper and Yuriy Mirolyubov, who later claimed to have found the book. Others believe that either the entire book or the only plank available was forged in the early 19th century by the Russian collector and forger Alexander Sulakadzev.

Although the book was banned in Russia, its neighboring countries had different views on its authenticity.  In 1999, the book was included in the high school program in Ukraine as a genuine literary and historical piece.

The truth is we still do not know whether the Book of Veles is genuine or not and it remains one of many unexplained ancient mysteries that surround us the world of science.