Conny Waters - AncientPages.com - Who exactly were the Aurignacians, who lived in the Levant 40,000 years ago?

The Aurignacian culture first appeared in Europe some 43,000 years ago and is known for having produced bone tools, artifacts, jewelry, musical instruments, and cave paintings. They were a culturally sophisticated yet mysterious culture that migrated from Europe to the Levant some 40,000 years ago.

Aurignacian People Made Amazing Images With Dots. The discovery gives evidence of the so-called ‘pointillist techniques’ used as early as 35,000 years ago. Image: R. Bourrillon

The Aurignacian people are considered Europe's earliest human culture, who among others possessed knowledge of the so-called ‘pointillist techniques’. It was a  painting technique (pointillism), in which small dots are used to create the illusion of a larger image.

This ancient but innovative technique was adopted by 19th and 20th-century great artists such as Georges Seurat, Vincent Van Gogh, Camille Pissarro, and Roy Lichtenstein.

Many mysteries regarding the Aurignacian are still unsolved; however, the discovery of teeth in Manot Cave, located in Western Galilee, Israel and discovered in 2008 sheds light on a population known for its cultural contributions, according to TAU researchers. 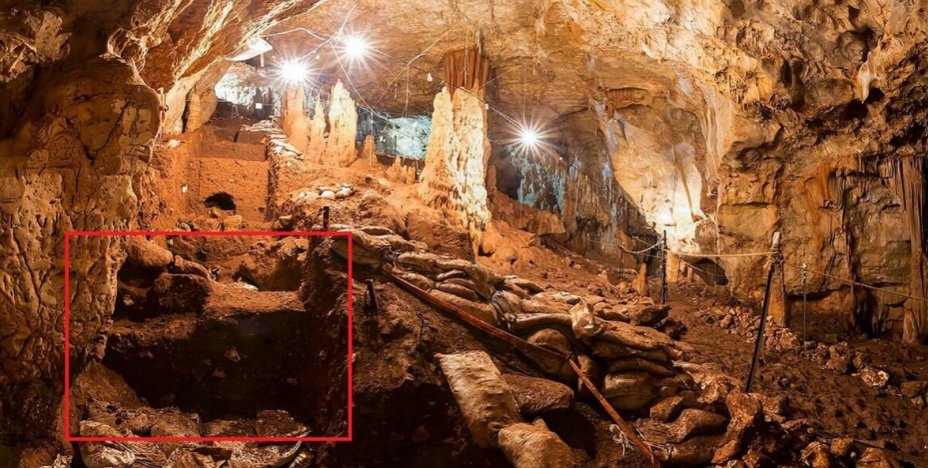 A view of Manot cave and a close up of the area where some of the teeth were found. Credit: Prof. Israel Hershkovitz/American Friends of Tel Aviv University.

For years, researchers believed that modern man's entry into Europe led to the rapid decline of the Neanderthals, either through violent confrontation or wresting control of food sources.

But recent genetic studies have shown that Neanderthals did not vanish. Instead, they assimilated into modern human immigrant populations. The new study adds further evidence to substantiate this theory. Aurignacians arrived in modern-day Israel from Europe some 40,000 years ago and they comprised Neanderthals and Homo sapiens alike.

"Unlike bones, teeth are preserved well because they're made of enamel, the substance in the human body most resistant to the effects of time," Dr. Rachel Sarig of TAU's School of Dental Medicine and Dan David Center Center for Human Evolution and Biohistory Research, said in a press release.

"The structure, shape, and topography or surface bumps of the teeth provided important genetic information. We were able to use the external and internal shape of the teeth found in the cave to associate them with typical hominin groups: Neanderthal and Homo sapiens." 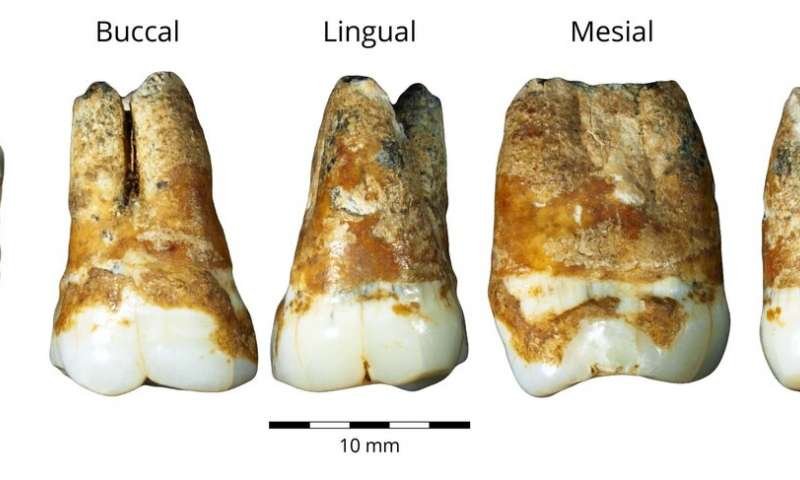 Upper and lower molars were taken from the Manot cave, dated to 38,000 years ago, showing a mixture of characteristics. Credit: Dr. Rachel Sarig.

This combination of Neanderthal and modern human features has, to date, been found only in European populations from the early Paleolithic period, suggesting their common origin.

"Following the migration of European populations into this region, a new culture existed in the Levant for a short time, approximately 2,000-3,000 years. It then disappeared for no apparent reason," adds Dr. Sarig. "Now we know something about their makeup."

"Until now, we hadn't found any human remains with valid dating from this period in Israel," adds Prof. Israel Hershkovitz, head of the Dan David Center, "so the group remains a mystery. This groundbreaking study contributes to the story of the population responsible for some of the world's most important cultural contributions."