Conny Waters - AncientPages.com - What is hidden beneath the waters has been revealed once again.

This time archaeologists report they have found a stunning underwater Stonehenge that was built 5,500 years ago in the Neolithic period. 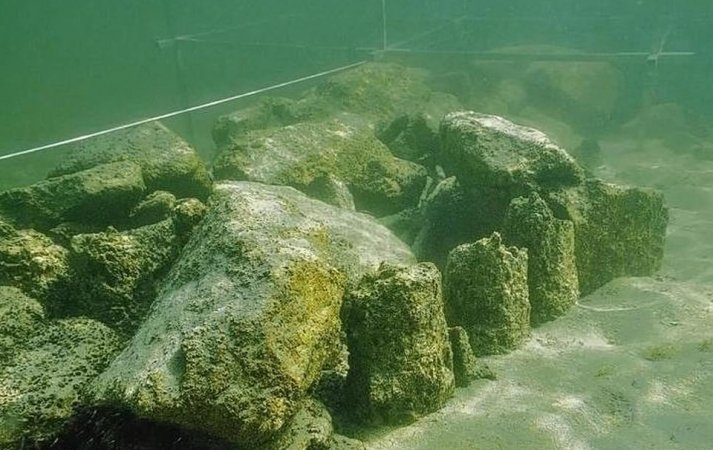 The ancient monument referred to as the Swiss Stonehenge consists of several mysterious rocks resting 5 feet down at the bottom of Lake Constance,  a 207-square-mile lake on the borders of Switzerland, Germany, and Austria.

Each stone has a diameter of 49 to 98 feet and the builders of this ancient monument placed the rocks at regular intervals in a row. 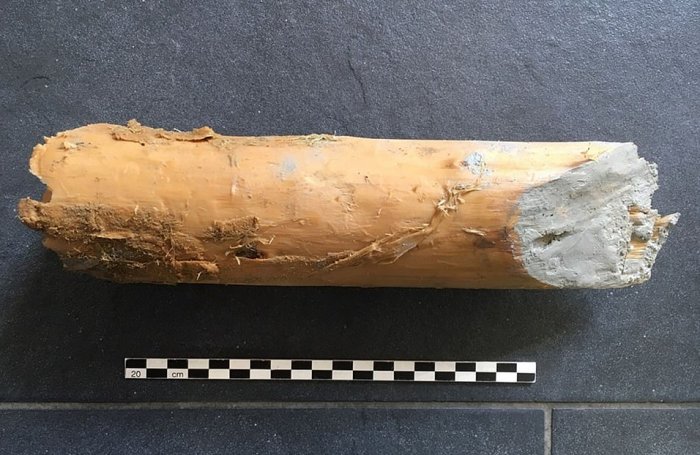 A piece of wood retrieved by the divers. Scientists think it may have been used to build the ancient site. Credit: CEN / Archaeology Office of the Swiss Canton of Thurgau

At first, it was unclear whether the stones were natural formations from the remnants of a glacier that was located in the area 18,000 years ago.

However, archaeologists now say analysis of the construction of the site is man-made and not the work of Mother Nature. The purpose of Swiss Stonehenge remains unknown, but a spokesman at the Archaeology Office of the Swiss Canton of Thurgau described the findings as 'sensational'.

It’s possible the rocks served as weirs, burial mounds or perhaps they were signposts. 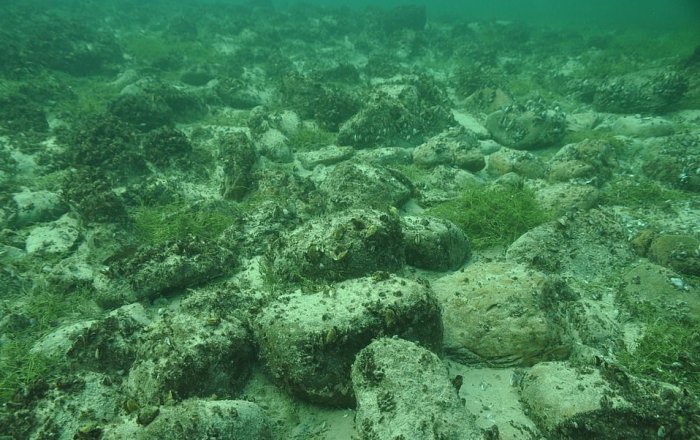 Each stone was located at regular intervals running completely parallel to the Swiss shoreline at a depth of about 15 feet. Credit: CEN /TU Darmstadt

Using underwater georadar developed by the Technical University of Darmstadt in Germany, the team of scientists managed to study the lake's sediment and stone deposits in search of the origin and purpose of the formations.

The Archaeology Office wrote: “With high-frequency electromagnetic pulses, the hidden layer of the lake bed in the vicinity of the stone structures was recorded.

It is obvious that the stones of up to 40 centimeters in size rest on the post-glacial, banded lake deposits and clearly above the underlying upper edge of the moraine [a glacially formed accumulation of unconsolidated glacial debris].

“Thus, it is now scientifically proven that the cairns did not originate naturally from the glacier, but were piled up by human hands.”

Stunning Spanish Stonehenge Built By The Celts Revealed By Drought

The spokesman added: “The first results produced using carbon dating show that the stones in area 5 were placed there around 5,500 years ago in the Neolithic period.”

According to Daily Mail, “Urs Leuzinger, a researcher on the project, estimates that at the time of construction, the cairns were located along the shoreline or even in shallow water.

He said: “I've never really experienced anything like this. Whenever we dig something up, we usually know what it's all about.”

He said that his team 'has no intention to compete with the original Stonehenge', saying that the moniker had been 'chosen by German media' and not by archaeologists.

However, he said that there are some similarities with the Wiltshire monument as it required an equally impressive feat by prehistoric humans to transport such stones.

Dr. Leuzinger said: “After all, our 170 cairns of 500 cubic meters of stones each does bring quite a decent amount to the shores of Lake Constance.” 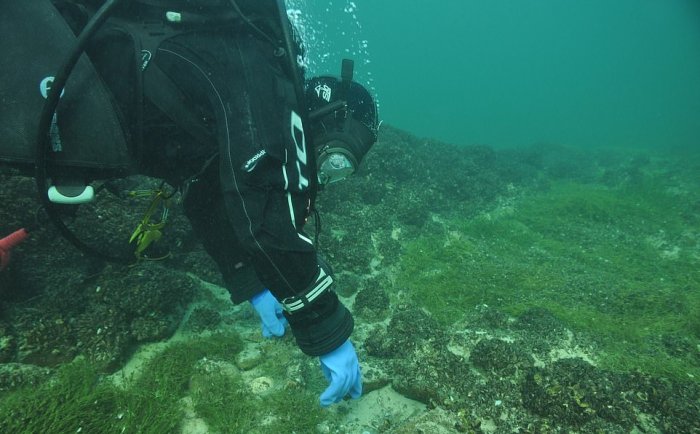 More studies of the underwater site will be conducted. Credit: CEN /TU Darmstadt

The cairns were first discovered in 2015 by the Institute for Lake Research in the town of Langenargen in the south-western German state of Baden-Wuerttemberg and they did not initially have any idea how old they were.

It is thought they would have been near to a settlement of lake dwellings which are much deeper underwater perhaps close to what was once a prehistoric shoreline and are yet to be discovered, according to the Thurgau Office for Archaeology.

But they added: “It may also be the case that the lake dwellings have already eroded away due to the erosion over the years.”

Further studies of this intriguing ancient underwater site may offer answers about the purpose of Switzerland’s Stonehenge and people who inhabited this region.