Conny Waters - AncientPages.com - After being submerged for 50 years, the stunning Spanish Stonehenge can now be admired once again. The 5,000-year-old site believed to have been constructed by the Celts consists of 144 megalithic blocks that stand more than six foot tall. 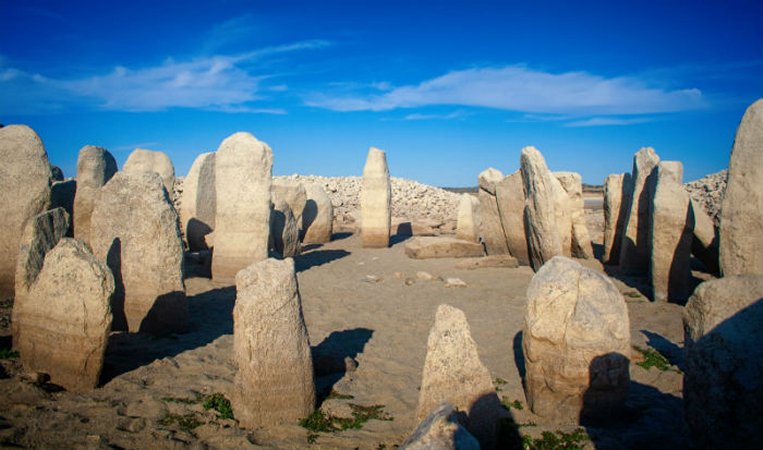 The megalithic temple, most likely used for Sun worship has been known to historians ever since its discovery 1925 when German priest and amateur archaeologist Hugo Obermaier found the site. Unfortunately, we haven’t seen anything of this ancient structure until now because it has been submerged. General Franco commissioned a valley bordering the Tagus river to be flooded. This unfortunate decision led to that a piece of valuable history like the Spanish Stonehneg because one of many ancient underwater ruins hidden from public eyes.

Western Spain has suffered from a long period of drought, and the Celtic temple located in Peraleda de la Mata has now been rediscovered.

Scientists suggest the temple was raised by Celts living in Iberia 4,000 to 5,000 years ago. Some of the stones have engravings of serpents, are arranged in circles.

“The site would have been created over thousands of years, using granite transported from kilometers away,” explained Angel Castaño, who is part of the Raíces de Peralêda cultural association fighting to save the stones.

“Like Stonehenge, they formed a sun temple and burial ground. They seemed to have a religious but also economic purpose, being at one of the few points of the river where it was possible to cross, so it was a sort of trading hub.” 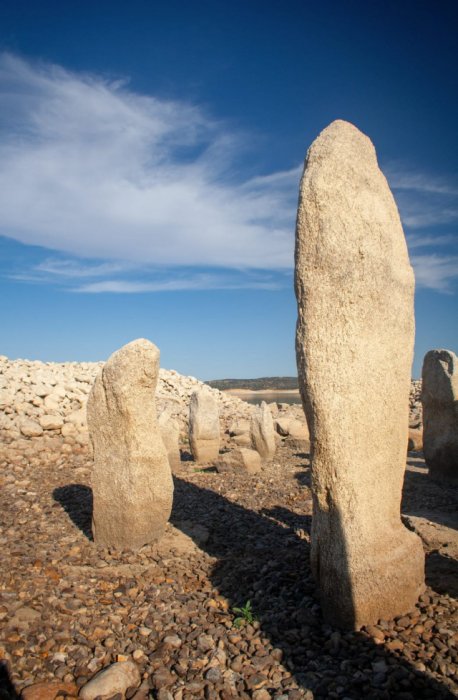 The monoliths are already showing significant signs of wear, and it’s vital to preserve the site. How this should be accomplished is still unclear, but if something isn’t done quickly we may never see these incredible ancient stone structures again. If the Spanish Stonehenge is preserved in proper time, it will give scientists an excellent opportunity to learn more about its purpose and use.

The British Stonehenge is today the most famous one, but similar ancient constructions do exist in other countries. According to researchers, the practice of erecting enormous stone structures began in France 6,500 years ago and then made its way around Europe as people migrated.

There are hundreds of stone circles similar to Stohenege in other European countries. Pömmelte in Germany is many ways similar to its British counterpart. However, latest archaeological discovery reveals Pömmelte has a very dark history, and the place was used in a gruesome ritualistic fashion.

It should be added that there is another intriguing Stonehenge structure in Spain. It’s a giant underground structure known as Dolmen de Soto. This massive 6,000year-old subterranean structure is often referred to as Spain’s underground Stonehenge and its ancient history is fascinating. The ancient dolmen was buried beneath a mound 60 meters in diameter.

Dolmen de Soto is unique in many ways, and the old structure remains an enigma. What was the purpose of Dolmen de Soto? How was it constructed? Why were only a few people buried in this massive underground complex? These are just some of the questions that scientists are trying to answer.