Archaeologists from the Egyptian-European archaeological mission led by Frank Goddio, Head of the European Underwater Archaeology Institute (Institut Européen d’Archéologie Sous-Marine) have uncovered the remains of a large settlement, a temple, shipwrecks and a collection of coins and jewelry. 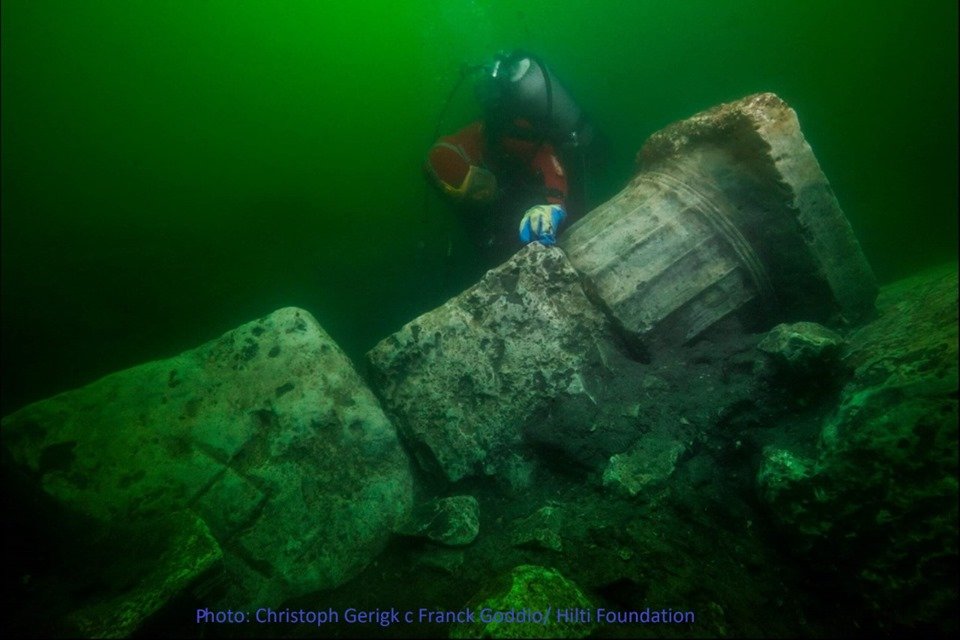 Granite columns and the remains of  Greek temple discovered during dives of this season in the ancient sunken port city Heracleion, off Egypt 's north coast. Image credit: Egyptian Ministry of Antiquities

A sophisticated scanning and archaeological surveying device, the mission discovered that the city of Canopus is larger than previously thought.

It extends one kilometer south and inside this extension, the mission uncovered remains of a port, clay pots from the Saite period, bronze and gold coins from the Ptolemaic and Byzantine eras. Jewelry like rings and earrings was also unearthed, according to Ihab Fahmy, Head of the Underwater Archaeology Department at the ministry of antiquities. 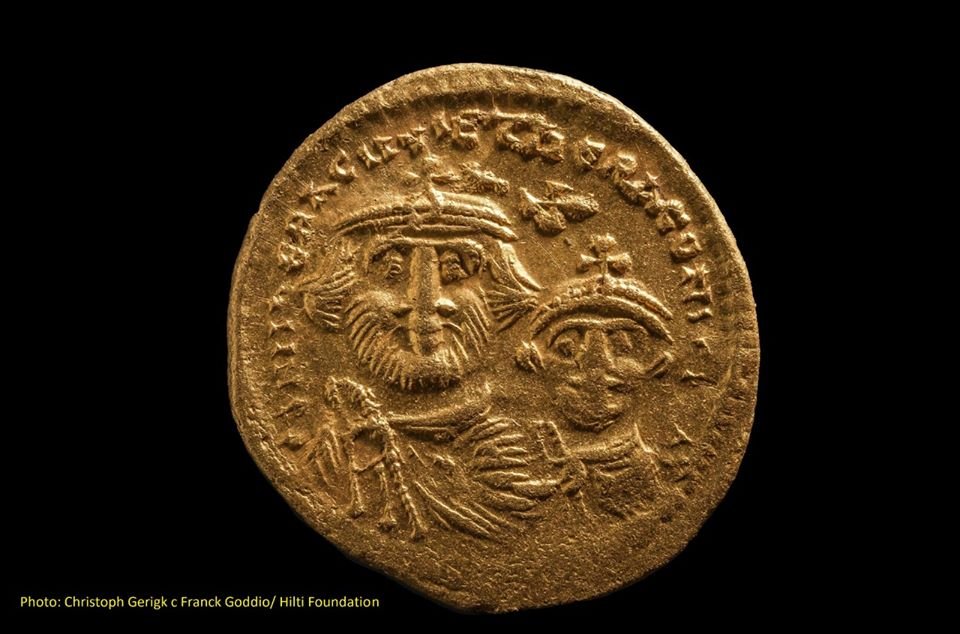 “This suggests that this city has been inhabited since the eight century BC until the Islamic period,”, he added.

In Heracleion, the mission found the remains of a new section of an ancient settlement with a new part of the city's main temple, which has been completely destroyed, remains of another smaller Greek temple, as well as ancient columns and pottery from the third and fourth centuries B.C.E, and bronze coins from the reign of King Ptolemy II.

A shipwreck of a 13 meters long sunken ship was also found lying on the sea-bed. Inside it was a collection of coins and pots. Studies and research will be done on the wreck to know more about it.