Conny Waters - AncientPages.com - The Klallam people on the north side of Washington's Olympic Peninsula recall a great flood that in ancient times destroyed their homes.

According to the myth, a wise man warned the people to get ready. They scrambled into canoes provisioned with food and water. The survivors rode out the flood by tying cedar ropes to the tops of the tallest mountains of the nearby Olympic Range.

The story has long been considered nothing but a myth, but now it turns out the myth is based on real events. 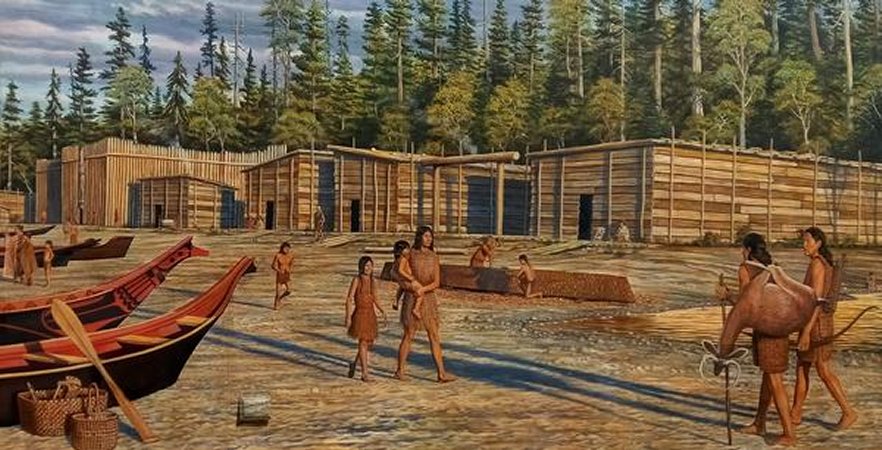 A mural in Port Angeles shows Klallam plank houses, as they might have looked after being rebuilt following a long-ago tsunami. Credit: Sarah Sterling/PSU

Two Klallam bands live on the Olympic Peninsula and one on the Kitsap Peninsula in Washington state.

Several years ago, artifacts and human remains were found at an ancient village at the base of Ediz Hook in Port Angeles, Washington. The site is the largest pre-European contact village site excavated in Washington State. The village flourished for over 2,700 years, but then something happened.

Now, researchers from Portland State University, Western Washington University and the University of Rhode Island found evidence that as many as five tsunamis hit an ancient Klallam village at present-day Port Angeles harbor.

People who lived there were unwilling to give up their homes and continued to rebuild their village after each earthquake and tsunami. Although many most likely perishes, people adapted to the new situation and built new homes at the site.

According to an anthropologist from Portland State, the story of Tse-whit-zen village underscores that if people are prepared, they can survive the feared Big One.

“The researchers submitted 102 samples from the site for radiocarbon dating. They noticed there were periodic gaps in the dates they got back. Sterling said those gaps correlate with known major earthquakes in the geologic past.

Previous research by geologists found evidence in coastal marshes of big tsunamis that would have struck the villages along the Strait of Juan de Fuca approximately every 200-500 years. The first one evident at Tse-whit-zen correlates with a Cascadia mega-earthquake that happened around 1,600 years ago. 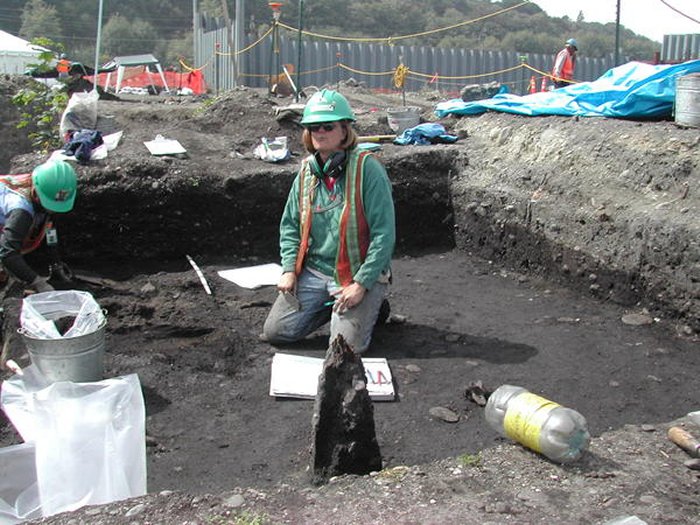 Dr. Sarah Sterling in an excavation unit of Tse-whit-zen in 2004. Credit: Washington State Department Of Transportation.

The most recent gap in the village's occupation roughly correlates with the most recent full rupture of the offshore Cascadia fault zone in the year 1700, which is known to have generated a Pacific-wide tsunami. One of the other tsunamis that hit the village 560-650 years ago was possibly generated by a local crustal fault; it doesn't match any known big ancient earthquake on the Cascadia Subduction Zone, Jefferson Public Radio reports.

No one lives at Tse-whit-zen today. The Lower Elwha Klallam were relocated to a reservation about eight miles to the west. Much of the ancient village site is buried underneath a modern paper mill or a log sorting yard. 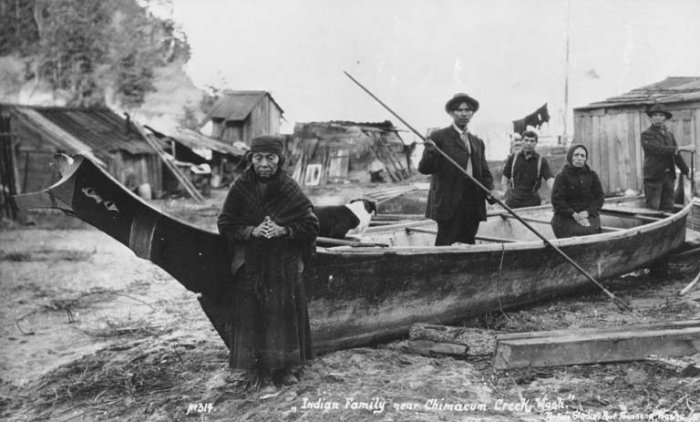 Archaeological discoveries made at the site are “a good reminder that terrible things can happen when you live in earthquake country, but also that prepared communities can bounce back like the Lower Elwha Klallam did.”

"It's pretty amazing," said tribal member Arlene Wheeler on learning the ancestral village survived five tsunamis. "But you know, we know that for our people that was an important place for them. For them to continue to come back and continue to build their village there, that showed the strength of the Klallam people."

Archaeological discoveries, myths and legends open a window to the past. The Great Flood story told by Klallam People is yet another example of many myths that have been confirmed by modern science.