A. Sutherland - AncientPages.com - Nalanda was one of the most praised, intellectual circles of the ancient world.

It was an active center of education located about 88 km south-east of Patna in Bihar, northeastern India, and not far from what is today the southern border of Nepal. 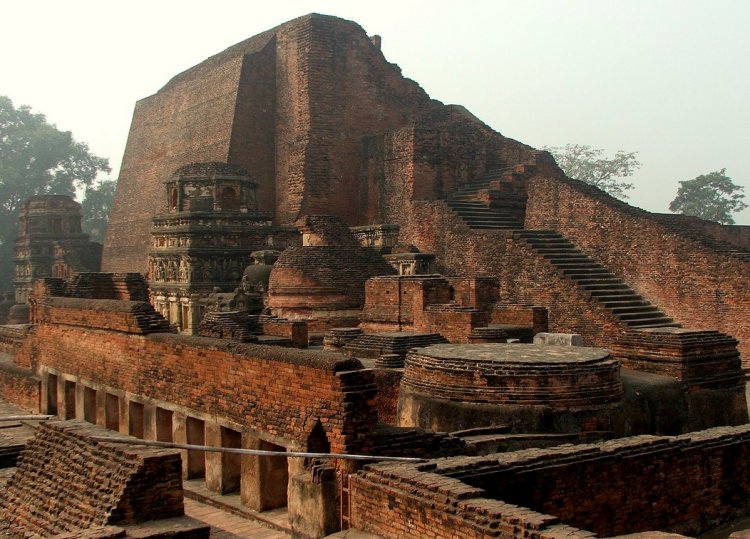 Scholars came from all over the world to study philosophy, medicine, astronomy, and other subjects.

Based on historical sources, we can say that the Nalanda University - supported by the Hindu Gupta rulers, Buddhist emperors like Harshavardhana as well as the later Pala Emperors - had a long and celebrated life which lasted almost continually for 800 years from 5th to 12th century AD.

By the time the first European university was established in Bologna in 1088, Nalanda had been providing higher education to thousands of students from Asian countries for more than six hundred years.

The university was an architectural and environmental masterpiece. It had eight separate compounds, 10 temples, meditation halls, classrooms, lakes, and parks.

It had a nine-story library where monks meticulously copied books and documents so that individual scholars could have their own collections. It had dormitories for students, perhaps a first for an educational institution, housing 10,000 students in the university’s heyday, and providing accommodations for 2,000 professors. 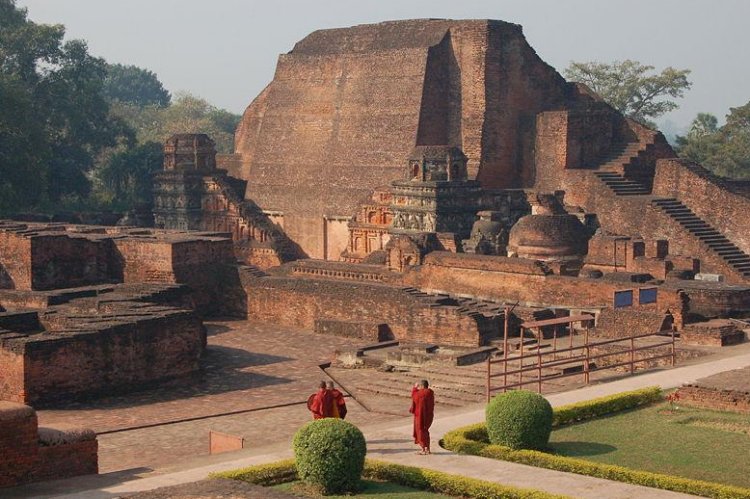 The stupa of Sariputta at Nalanda University. "The first great university in recorded history."

Nalanda was also the most global university of its time, attracting pupils and scholars from Korea, Japan, China, Tibet, Indonesia, Persia, and Turkey. Students and scholars came to the university to learn and teach.

The university’s library "Dharmaganja" ("Treasury of Truth") and Dharma Ghunj ("Mountain of Truth") had hundreds of thousands of texts.

During the period of its greatest popularity, Nalanda University was celebrated as the world's largest collection of Buddhist literature, supportive followers admiring the university’s greatness and new philosophies. 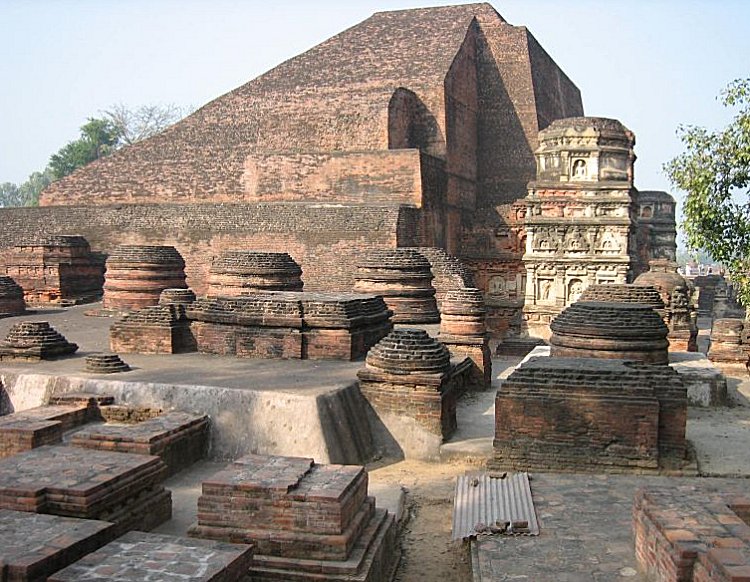 A great fire wiped out the library of over 9 million manuscripts and at the beginning of the 12th Century, the Muslim invader Bakhtiyar Khalji sacked the university.

In the 1860s the great archaeologist Alexander Cunningham identified the site as the Nalanda University and in 1915/1916 the Archaeological Survey of India began excavations of the site.

Today, Nalanda is one of the most visited historical and architectural landmarks of India.

In 2006, the countries of China, India, Singapore, and Japan proposed a plan to revive and restore the ancient ruins as the Nalanda International University. The new venture is meant to be a revival of Nalanda.

After 800 years, the great learning center was formally inaugurated on 19 September 2014. Classes began in Nalanda University - after centuries of silence.

The powerful vision behind Nalanda to continue the great tradition is important for India, for Asia, and for the rest of the world.