A. Sutherland - AncientPages.com - Kingship and weather are strongly associated in Yoruba mythology. Myths and legends of Yoruba say that the greatest warrior-king, Shango, became god of thunder, lightning and storms after he died. 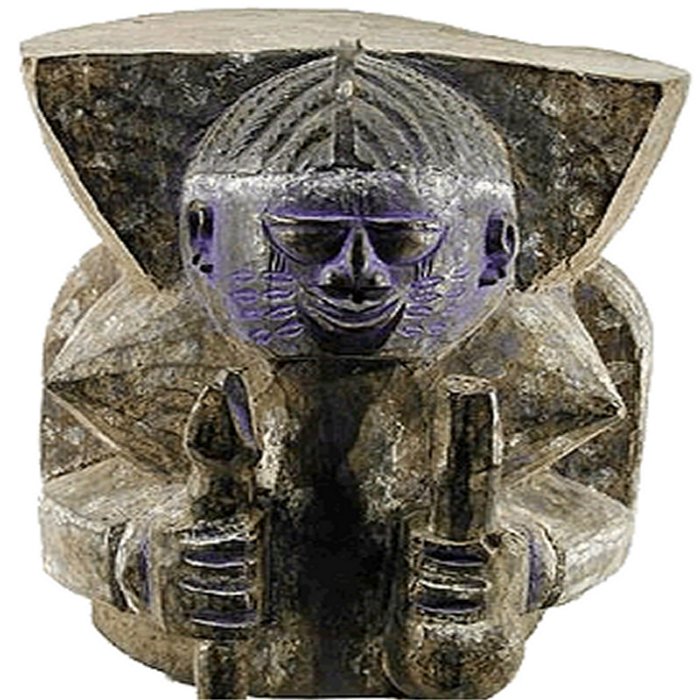 Among the Yoruba, he is generally known as an ancient king of Oyo and the grandson of Oduduwa, venerated today as the hero, the warrior, the leader and father of the Yoruba race.

Anansi The Spider: Trickster And Spirit Of Knowledge In African Mythology

In beliefs of Yoruba people of West Africa, Shango is the most powerful nature god. He is still celebrated in certain parts of the world. Shango has followers and priests who have responsibility for the burial of anyone killed by lightning. They may also inspect property struck by lightning to find the thunderbolt.

His sanctuaries are decorated with statues of women or mother and child. Shango has sole control over the thunder and presides at births. His followers believe he advocates justice. His anger reaches everyone who offends him.

He is usually portrayed with horns and a ram’s head and holding a double axe in his hand. His wives are three rivers: Oya (the Niger river), Oshun, and Oba. His favorite colors are red and white. 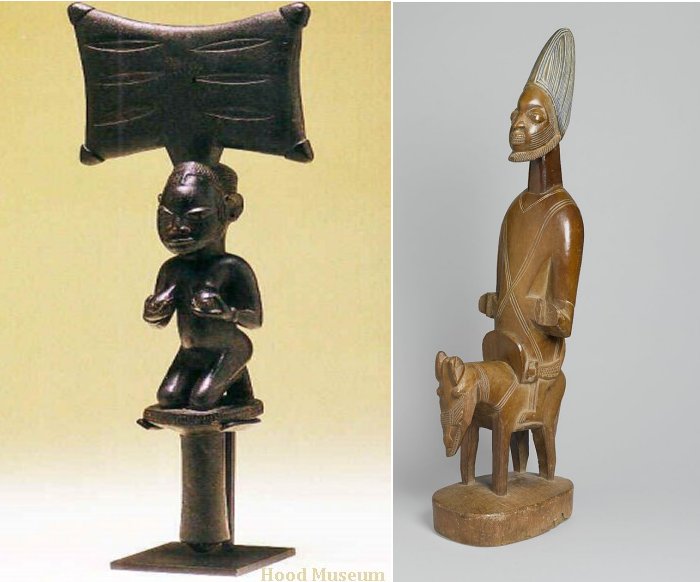 His name is believed to be derived from ‘shan’, "to strike violently" and ‘go’, "to bewilder;" and refers to peals of thunder, which are supposed to be produced by violent blows.

Shango Was Once Earthly King

He was once an earthly king noted for his tyrannical rule among his people. It is said that on the day he was born, thunder and lightning shook the earth. Legend has it that Shango was a violent and cruel king who was so hated by his people that he finally decided to hang himself in the forest.

There is also another variant of Shango myth saying that he never died but instead ascended to heaven to continue using his terrible powers as the god of thunder, lightning and storms.

He had both enemies and worshipers, who built many shrines and temples dedicated to him, after he died. 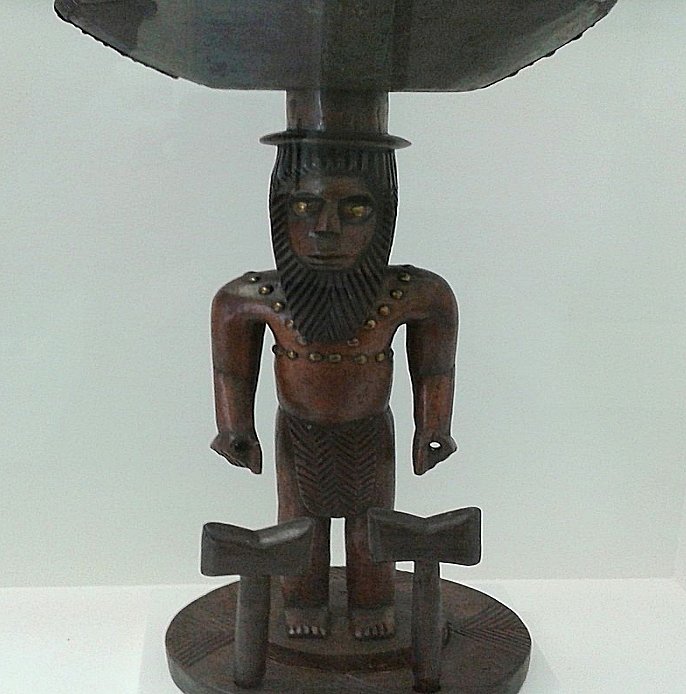 Officially Shango’s priests used to say that Shango really ascended to heaven, but the Yoruba did not want to believe it. As lightning and storms did not cease after Shango’s death, the Yoruba still held Shango responsible. Apparently, he sustained his terrifying powers in the afterlife and continued using his double axe to induce lightning storms that devastated the ground and shook the earth.

The Yoruba people believe that Shango was often accompanied by Oya, the goddess of the River Niger. Oya was responsible for powerful winds and gusts.

Shango Has Counterparts In Beliefs Of Other Cultures

Storms, thunder and lightning were often associated with the highest gods or war gods. In many cultures, thunder was believed to be a creative force and a precursor to life-giving and fertilizing rain.

The Greek god, Zeus had a powerful thunderbolt forged by Hephaestus, the sky-dwelling blacksmith and vajra, a powerful thunderbolt throwing light belonged to Indra while ‘dordje’ was comparable in Tibet beliefs. Mjölnir (Mjolnir) was Thor's terrible axe-hammer in Norse mythology and in the Inca’s beliefs, Catequil (or Apocatequil), god of thunder and lightning, was believed to create thunder by striking the clouds with his sacred spear and a mighty club.

Tradition has it he created so much damage on the ground that terrified Inca sacrificed their children to calm the god’s fury.

In his 'Traditional Offa Yoruba Religion in Nigeria' T.P. Sunday writes: “Thus, it is not surprising that thunder is seen by the Yoruba as manifestation of the divine wrath as this aspect of Shango’s life is noted for its violent storms, especially in Yorubaland in fact considered to be “the second region in the world for lightning frequency, consisting of  “there sounding booms, the deafening sound of the thunder claps; the blinding, dazzling, criss-crossing; end to end flashes of the lightning” all of which contribute to and affirm the sense of divine presence in the storm; such that the following song is reported as addressed to Shango:

“O Shango, thou art the master!

Thou takest in thy hand the fiery stones,

To punish the guilty!

To satisfy thy anger!

Everything they (the stones) strike is destroyed,

The fire eats up the forest,

The trees are broken down, And all things living are slain…”

As regards political sense, it may be true to say that Shango is the great national divinity of the Yoruba in general, although not in the ultimate religious sense..."

Johnson, S, History of the Yorubas