Ellen Lloyd - AncientPages.com - What would you do if you learned something terrible is going to happen to you and your family? Most of us would do what Oedipus tried, simply change the course of events. But is it possible?

The tragic prophecy about Oedipus shows we cannot escape fate no matter how much we try. Many great ancient thinkers have long wondered whether our lives are pre-determined of if we do have a free will. It’s a subject that still interests modern scholars and a philosophical question that fascinates many people. In the case of mythical King Oedipus, it was impossible to escape fate. 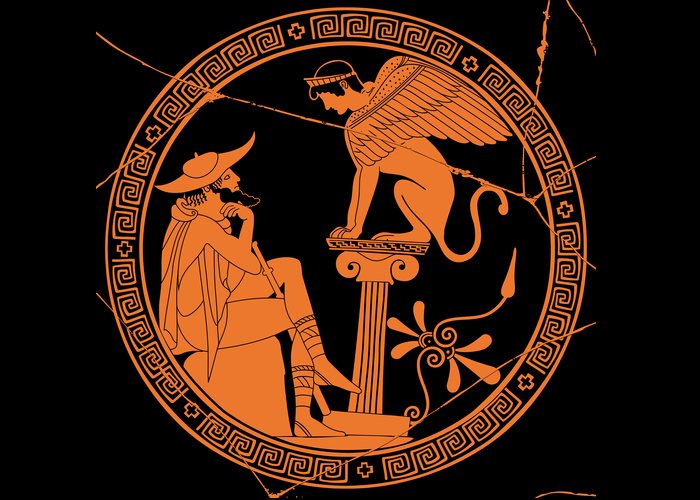 The legend of Oedipus was mentioned by several ancient Greek poets such as Homer, Hesiod, Pindar, Aeschylus, and Euripides. The most popular version of the story comes from Sophocles’ Oedipus Rex (or Oedipus the King) and Oedipus at Colonus. It’s a very dramatic story that still captivates the modern world.

Tragic Prophecy Foretold By The Oracle In Delphi

Oedipus’ troublesome life started as soon as he was born. His father King Laius and mother Queen Jocasta of Thebes learned from the oracle in Delphi that their son would kill them. In ancient Greece prophecies foretold by oracles were respected and treated very seriously, not only by mortal humans but also by gods who relied on their guidance and wanted to learn about future events.

So naturally, when King Laius and Queen Jocasta learned that their son would kill them, they were terrified. They left the newborn child on a mountain to die.

Shortly after having been abandoned, little Oedipus was found by some shepherds who took him to the city of Corinth. Oedipus was lucky, at least for a short while. He was raised by Polybus, king of Corinth, and his queen, Merope who adopted him because they couldn’t have any children of their own.

Then, one day, Oedipus was told by a drunk man that he was just a “bastard” and not the biological son of Polybus and Merope. Oedipus asked his parents if this was true, but they denied this. Not being able to get the thought out of his mind, a devastated Oedipus decided he must know the truth about his parents. So, he went to the Oracle in Delphi to get some answers.

But the oracle told him something even more shocking. Instead of revealing anything about his true origins, he was told that his fate was to kill his father and mother.

Of course, Oedipus thought the oracle was referring to Polybus and Merope. He had no intentions of killing the two people who had raised him. To avoid his fate, Oedipus decided to go on a long journey instead of returning to his home in Corinth.

Oedipus’ Encounter With King Laius And A Sphinx

One day, on his journey Oedipus met an old man who was driving a chariot in opposite direction. The man was rude and demanded that Oedipus should move out of the way so he could pass with his chariot. An argument broke out between the two men and they fought over who had the right to go first. It ended with that Oedipus killed the old man.

When Oedipus reached Thebes, he learned about the existence of a horrifying sphinx that stopped all travelers and asked them a riddle. According to some versions of the story, the sphinx ate the children of Thebes daily. If someone couldn’t solve the riddle, the person would be killed and eaten, but if they provided the correct answer, the sphinx allowed them to continue their journey. 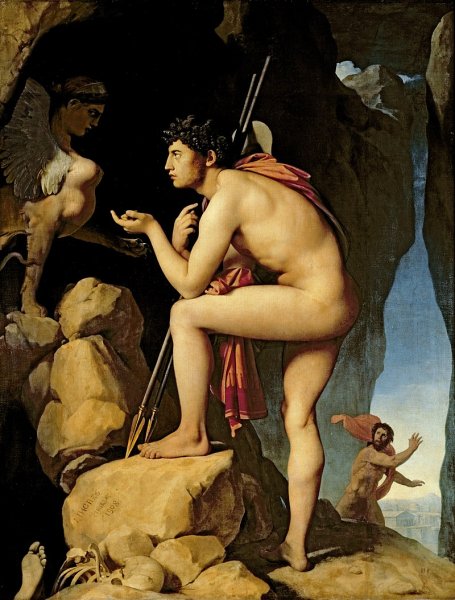 When Oedipus confronted the sphinx, the animal gave him a riddle. The sphinx asked: "What walks on four feet in the morning, two in the afternoon, and three at night?". Oedipus answered: "Man: as an infant, he crawls on all fours; as an adult, he walks on two legs and; in old age, he uses a 'walking' stick".

This was not an easy riddle to solve, but Oedipus was the first to give a correct answer and he was allowed to continue his journey.

When Queen Jocasta, who was recently widowed learned how Oedipus managed to solve the sphinx’s riddle, she was so impressed that she wanted to marry him. Together they had two sons Eteocles and Polynices and two daughters, Antigone and Ismene.

Could it be that possible that Oedipus had escaped fate? Had he been told a false prophecy?

Actually, the marriage between Oedipus and Queen Jocasta fulfilled the rest of the prophecy, but none of them knew this at that point. Oedipus lived as a happy man for many years, but then he met prophet Tiresias whose words changed everything. Prophet Tiresias revealed to Oedipus that the man driving the chariot whom he had killed before had in fact been his biological father, King Laius. Oedipus also learned that the woman he was now married to, Queen Jocasta was his biological mother. 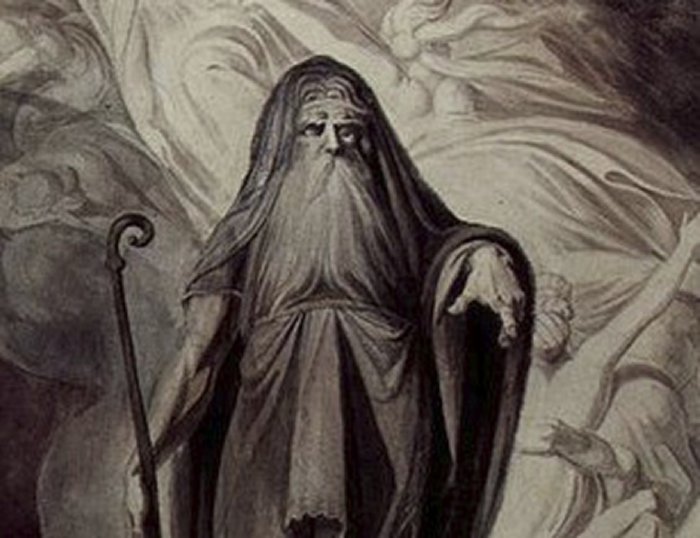 When Queen Jocasta learned the truth, she committed suicide. Oedipus took a pin from a brooch and stuck out his eyes. As a blind man, he spent the rest of his life in exile. He became a beggar and his daughter Antigone was the only one who did not reject him as he wandered through the country.

Nothing could comfort Oedipus anymore. He was a sad man who had lost all hope. When Oedipus visited the oracle in the city of Colonus near Athens, he was told that his death is approaching soon

And so, it happened, Oedipus died at Colonus. He was taken to the underworld where he became a guardian hero of the land. 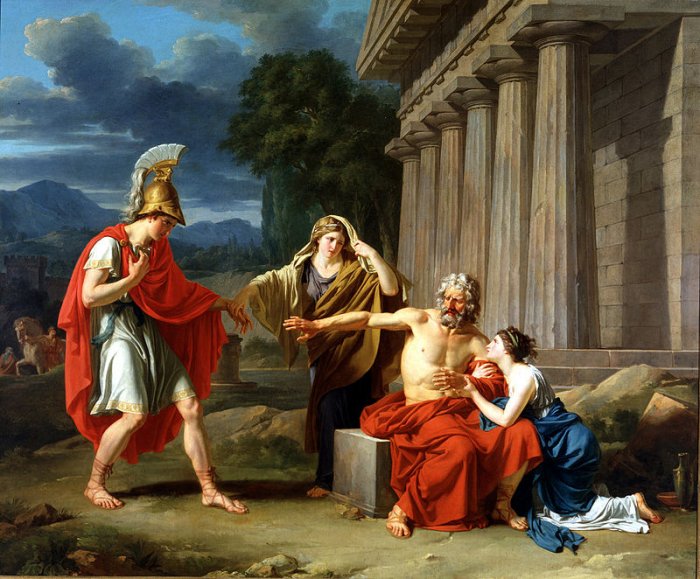 The story of Oedipus is slightly different depending on which author you read. According to another version Oedipus died in a cave.

Many have written about the tragedy of the King of Thebes. Even Julius Caesar wrote a play on Oedipus, but the literary piece hasn’t survived.

This classical ancient Greek tragedy raises many important questions. The main topic of the story is fate and free will, the conflict between the individual and the state, and people’s willingness to ignore the truth.

Sigmund Freud introduced the Oedipus complex to describe a child's feelings of desire for his or her opposite-sex parent and jealousy and anger toward his or her same-sex parent. However, the term is slightly misleading because Oedipus did not know that he married his mother. This was revealed to him much later.