Heyoka is an entertaining figure, and everything this creature does is always the opposite to the people around him. 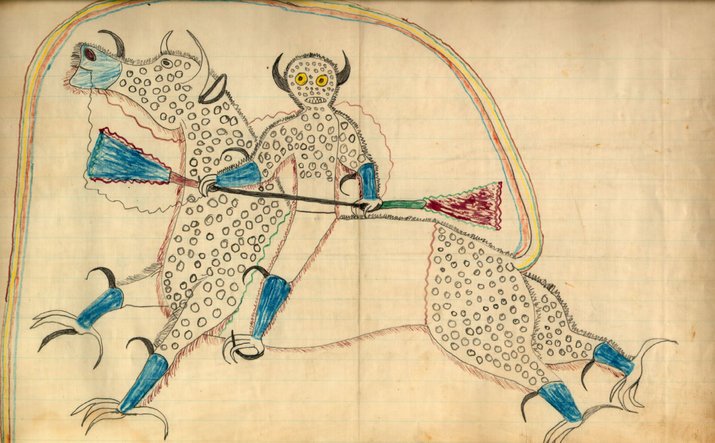 We may laugh at him because it’s a funny creature, but don’t underestimate the sacred clown because he brings knowledge to you. Paradoxically his unusual and irresponsible behavior can actually help and guide us in daily life.

Heyoka often gives us a better understanding of ourselves and the world we live in.

Heyoka And Visions Of The Thunderbird

Worshipped by the Lakota people, Heyoka is a sacred clown or sometimes a fool who enjoys tricking or joking with people. Heyoka, who is a trickster, can be a man or a woman.

According to Native American beliefs, the nature of a Heyoka is complicated. As many of our readers may already know, Native Americans believe that we were put on Earth for a special reason, but we often do not know why and without this knowledge, we feel lost and confused. That’s why Native Americans practice a vision quest that is meant to open the door to the spiritual world and help us find our path in life.

According to Black Elk, (1863 -1950), medicine man and second cousin of the war chief Crazy Horse, to earn the title Heyoka, one must have had special visions of thunderbirds. 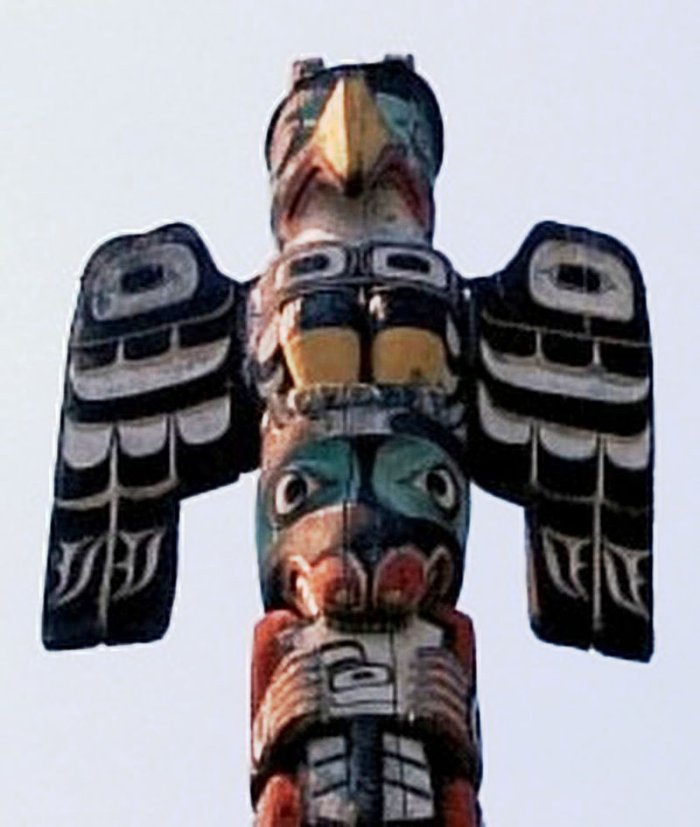 Heyoka is a keeper of sacred knowledge, but it can only be shared with people through funny actions.

As previously mentioned in our article on Ancient Pages, the legendary and powerful Thunderbird in Native American mythology was sent by the Gods to protect humans from evil.

If a person is recognized as a Heyoka, then he or she must participate in a ceremony and claim the title.

Heyoka's Power As A Sacred Clown

Just because Heyoka is called sacred clown or fool, doesn’t mean it’s a stupid individual. On the contrary, Heyoka forces us to look at ourselves and the world around us differently. Moreover, his existence and silly behavior give us an excellent opportunity to find answers to questions we never contemplated before. 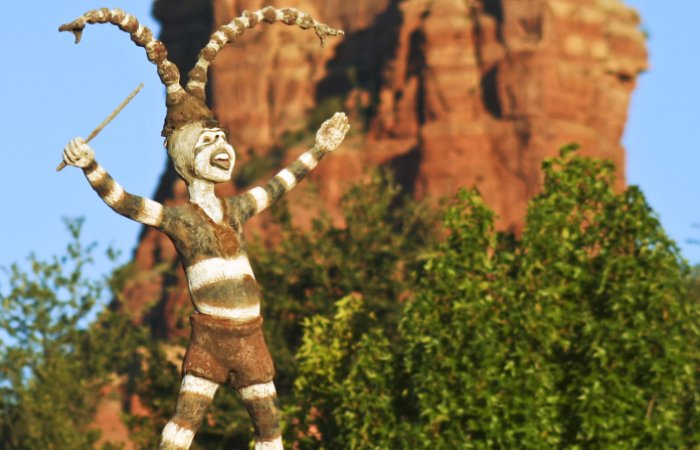 As a clown, Heyoka is, of course, funny and he always does everything differently. Heyoka is a being with backward-forwards, upside-down, or contrary nature. If someone moves forward, Heyoka would go backward. If Heyoka rides a horse, he does it backwards, wearing his clothes inside-out.

If it’s freezing cold outside and people put clothes on, Heyoka has no problems going out naked. The same applies when it’s hot. He can then be seen with plenty of clothes on while other people go around half-naked.

There are several reasons why sacred clowns are important to Native Americans. We may think it’s just a clown whose job is to entertain us, but this intriguing figure is much more powerful than just that.

The sacred clown has the power to heal emotional pain, but making sad people laugh and his jokes can be comforting. Heyoka acts as a mirror so we can see others’ behavior and start the healing process. 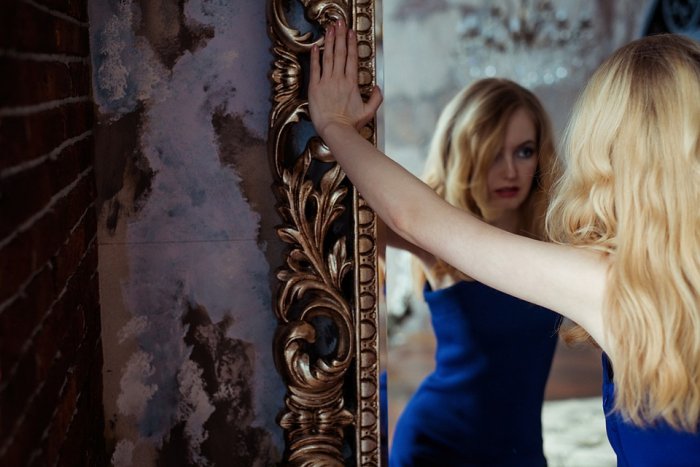 Heyoka acts like a mirror and shows you your dark side. Credit: Public Domain

Heyoka as a mirror can be described as a teacher, who by using extreme behaviors to mirror others, forces us to examine our own doubts, fears, hatred, and weaknesses. Of course, every person has dark personality traits and emotions we keep hidden, but Heyoka shows us the other side of our nature.

Heyoka’s behavior makes us study people, surroundings, and situations differently, which gives us a new fresh perspective that can eventually lead to experiencing life-changing insights.

Sacred clowns are important members of the tribes of the Planes Indians. Heyokas maintain social balance and dare to ask difficult and taboo questions no-one had the courage to ask before. They can also question established answers, forcing us to re-evaluate our behavior or knowledge.

By breaking the rules, violating norms and taboos, sacred clowns force us to set boundaries and define acceptable ethical and moral behavior guidelines.

In Lakota mythology, Heyoka is sometimes described as a spirit of thunder and lightning. Still, this interesting creature can also appear as an animal, such as a snowbird horse, dog, night hawk, or even a dragonfly. Thus, Heyoka can appear in many different shapes, but it’s his true nature that brings us sacred knowledge.

John G. Neihardt - Black Elk Speaks: Being the Life Story of a Holy Man of the Oglala Sioux