Ellen Lloyd - AncientPages.com - Did humans of incredible strength and stature once rule the land of America?

Have ancient skeletons of giant beings been deliberately covered-up and hidden from the public, simply because these bones do not fit the already established theory of evolution?

Is the true history of giants in North America a great archaeological cover-up? 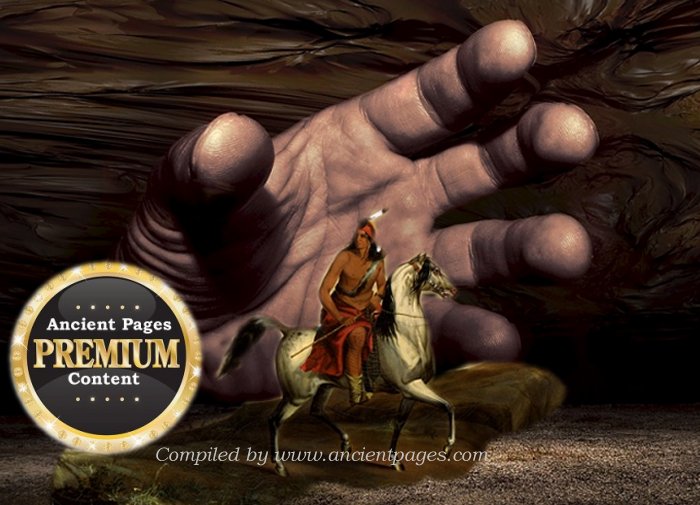 Some readers who are unfamiliar with the subject may be surprised that many alternative ancient history researchers are convinced giants played an important role in our history. The possibility that prehistoric giants once walked the Earth may seem far-fetched and unrealistic. It is understandable that many people consider giants to be fictional heroes described in myths and legends of the ancient people. After all, this is exactly the kind of image of the past that the religious and scientific communities want us to have. However, as we are about to experience, the orthodox presentation of our prehistory is far from correct.

There is a universal conception of what caused the birth and destruction of the giants. The Bible and a number of other sacred texts, as well as the Native American legends, all tell more or less the same story. This time we will focus our attention on giants' activities in North America.

The evidence of giants in North America is extensive. If we carefully examine the legacy of this forgotten race, it quickly becomes clear that giants played a vital role in the history of North America and of course in other parts of the world.

Mystery Of Ancient New York Giants – Who Was Really Buried In The Druid Barrow?

Giants Roamed The Earth Millions Of Years Ago