AncientPages.com - Researchers at Tulane University have documented the discovery of dozens of ancient cities in northern Guatemala through the use of jungle-penetrating Lidar (light detection and ranging) technology.

“Seen as a whole, terraces and irrigation channels, reservoirs, fortifications and causeways reveal an astonishing amount of land modification done by the Maya over their entire landscape on a scale previously unimaginable,” Tulane researcher Francisco Estrada-Belli, said in a press release. 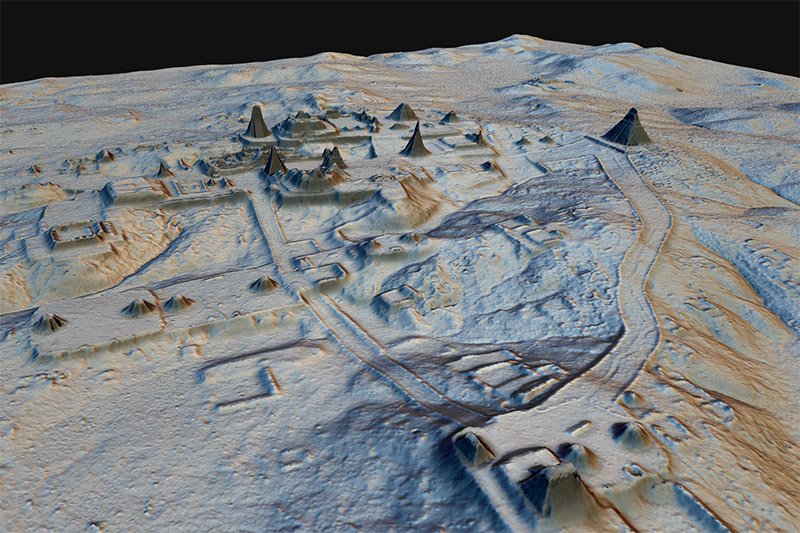 Tulane University researchers Marcello Canuto and Francisco Estrada-Belli are part of a team of researchers who uncovered ancient cities in northern Guatemala through the use of jungle-penetrating LiDAR (light detection and ranging) technology. Credit: American Association for the Advancement of Science

"Since LiDAR technology is able to pierce through thick forest canopy and map features on the earth’s surface, it can be used to produce ground maps that enable us to identify human-made features on the ground, such as walls, roads or buildings,” Marcello Canuto, director of the Middle American Research Institute at Tulane, said.

Specifically, the key identifications of this study are:

Lidar (a type of airborne laser scanning) provides a powerful technique of identification and  three-dimensional mapping of important archaeological features.

Particularly this time, Lidar proved to be a valuable tool in archaeology, particularly where the remains of structures may be hidden beneath forest canopies, report researchers in their paper published by Science.