Thalia Lightbringer - AncientPages.com - The Celts had some very interesting gods and goddesses. Though the tales involve strange and magical elements, their deities often seem more human than those of other peoples, full of life and emotion. We can relate to these gods and goddesses, who love passionately, fight for their beliefs, and can even die in the pursuit of their goals. 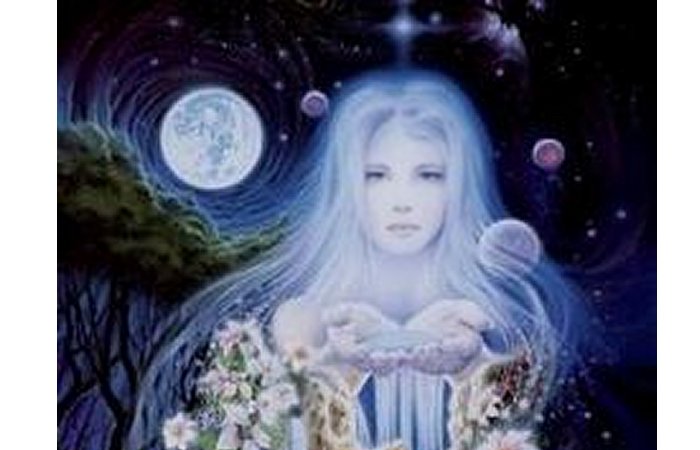 One such story is that of the goddess Boann, who was unhappy with her husband and took a lover. Ancient Celtic women were strong and free-spirited. Though Boann was forbidden by her husband to do many things she wished to do, she, like many modern people, took that as a challenge and did what she wanted anyway.

These were the people who supposedly descended from the clouds to inhabit Ireland before the invasion of the Milesians, who then banished the Tuatha to the "Underworld" below the Mounds. Boann is linked to three different gods in the tales, so we are not completely sure which of the three, was her husband. But all the stories agree on who was her lover. 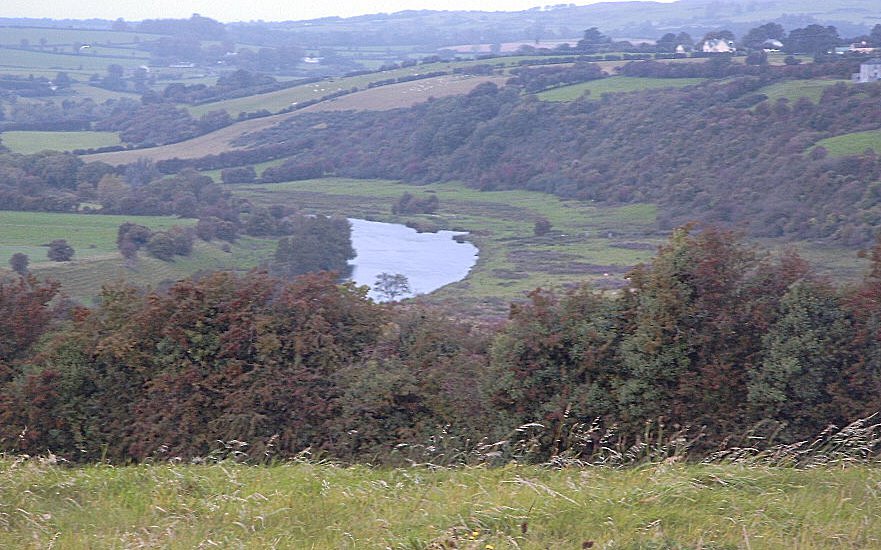 Boann loved the "Good God" Dagda and became pregnant with his child. To ensure that their child would be born without interference from Boann's husband, Dagda stopped time for the world around them. He halted the sun for nine months, and their son Angus Og was therefore born the day after Boann told Dagda of the pregnancy. Angus became the god of youth, love and poetry, and there are some beautiful stories of him in Irish myth. Some accounts say that Boann was the wife of the Dagda. Perhaps after the birth of Angus she left her former husband for the Dagda.

How The River Boyne Was Born

The Dagda and the Goddess Boann were said to reside in a mound at Brugh na Boyne (palace of the Boyne), where there are several famous passage tombs, including Newgrange. This famous winter solstice site connects Boann to the solar year. It was here that she was supposedly seduced by the Dagda. 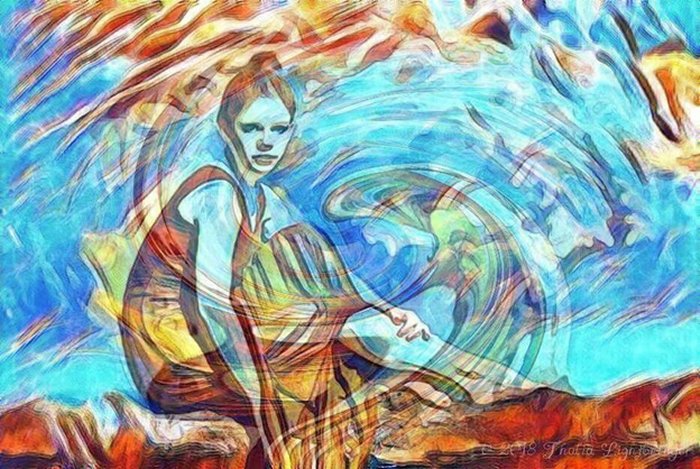 The river Boyne is in Northern Ireland and winds about 70 miles through County Leinster. Its source is said to be the Well of Segais (Tobar Segais). This was where the one-eyed Salmon of Wisdom, sometimes called Fintan, could be found. Segais is also said to have been Boann's name in the Otherworld. This pool or well of Segais in which the salmon swam was reportedly surrounded by nine hazelnut trees, as well as some standing stones. It was said that if you ate the nuts of these sacred hazelnut trees, you would gain knowledge of everything. Since the salmon in the well ate the nuts, eating the fish would also give you this knowledge.

Some tales say that Boann went to the Well of Segais, which was forbidden to all by its guardian, Nechtan, son of Labraid. Nechtan is associated with water and wisdom,  and was one of the gods Boann is said to have married, though some accounts say he was her father. Other sources say Boann’s father was Delbaeth, son of Elada.

At the forbidden well of knowledge, Boann caused the river Boyne to spring forth from its sacred waters by walking counter-clockwise (widdershins) around the stones found there and lifting its covering stone. This made the water gush out of the earth with great force and rush down all the way to the sea. Some of the accounts say that Boann was caught in the initial forceful spray of water and was carried in the flow out to sea, others that the waters just chased her to the sea, forming the river Boyne where she ran.

Some accounts say that Boann was maimed and drowned. Others say she was then transformed into the Salmon of Wisdom, which was later found in the Boyne river by Finn mac Cool. Legends also claimed that if you drank from Boann's river in June, you would become a poet and a seer.

The Meaning Behind The Name

Boann's name is linked to old Gaelic words bo find meaning "woman of white cows" or "shining cow." Though Boann is not a cow goddess, there is another ancient goddess called Bo Find who is linked with cattle and maybe an earlier form of Boann. In ancient times, cattle represented wealth, power and fertility, so being called a "cow" did not have a negative association as it does today. 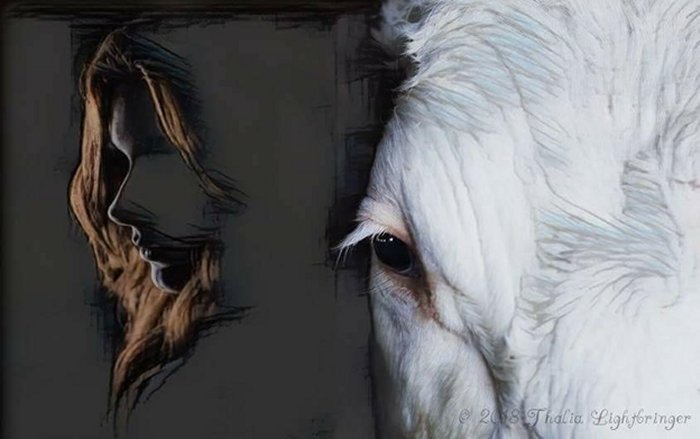 She of the White Cows, Graphic art by Thalia Lightbringer

A white cow would be a precious and rare thing to the Celtic people. Indeed, Boann is linked with flowing water and fertility, but also music, poetry, creativity, knowledge, spiritual insight, and inspiration.

Boann sacrificed her life to form the river Boyne, which created fertility by bringing water needed to grow crops in the area. Though she seems a minor goddess in the Celtic pantheon, she must have been very precious to the people of Leinster. She was a tragic heroine, but she left the Irish people a fertile legacy through her son Angus and her gift of the river Boyne.

Cuchulain of Muirthemne: The Story of the Men of the Red Branch of Ulster, arranged and put into English by Lady Augusta Gregory, with a preface by W. B. Yeats, London, J. Murray, 1902

Gods and Fighting Men: The Story of the Tuatha De Danaan and of the Fianna of Ireland, arranged and put into English by Lady Augusta Gregory, with a preface by W. B. Yeats, London, J. Murray, 1904

The Encyclopedia of Celtic Mythology and Folklore, by Patricia Monaghan, 2004, published by Facts On File, Inc., New York, NY