Conny Waters - AncientPages.com  - The history of the mysterious Hyksos people is still debated, and new evidence suggests the “Foreign Rulers” who founded the Fifteenth Dynasty of Egypt did so through marriage and not invasion.

It is unknown where the Hyksos came from, but most researchers think they originated from somewhere in the Near East. Architectural features and grave accoutrements of Tell el-Dab’a /Avaris support this theory.

They were officially known as “Foreign Rulers ('Heka Khawaset'). Their historical name “Hyksos” is of Greek origin. 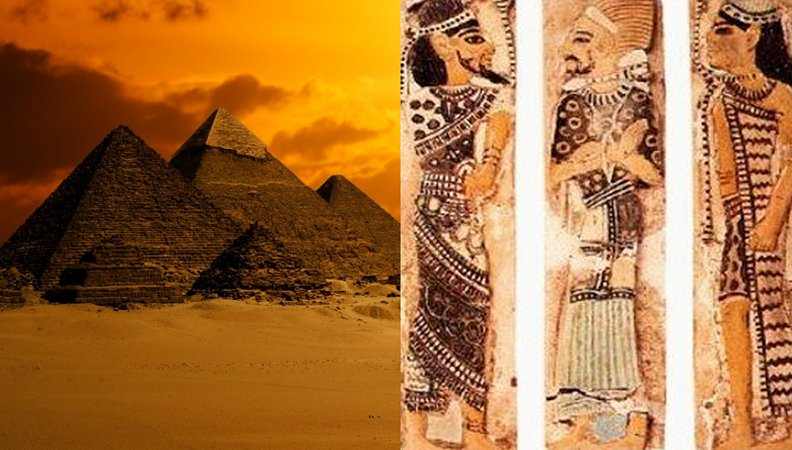 The Hyksos kingdom was located on the eastern Nile Delta and Middle Egypt and the Hyksos Fifteenth Dynasty rulers established their capital and seat of government at Memphis and their summer residence at Avaris.

Historians are still struggling to understand how the Hyksos people came to power. It was previously thought these people invaded ancient Egypt in 1650 B.C. but this assumption could be wrong.

As previously mentioned on Ancient Pages, the Hyksos occupation was later described as a highly traumatic event for the Egyptian people, but it is not clear whether this was actually the view of contemporary Egyptians who lived under their control.

Biological anthropologist Christina Stantis and Holger Schutkowski of Bournemouth University England have put forward an interesting theory suggesting ancient Egypt was never invaded by the Hyksos Dynasty. Instead there was a peaceful migration.

It is strange that Egyptian pharaohs described the Hyksos people as invaders and yet, there are no traces of any battle between these two kingdoms. Are we missing an important historical event that could shed more light on this interesting period in ancient Egypt?

At the annual meeting of the American Association of Physical Anthropologists, Stantis said the Hyksos people rose to power through an internal dominance and victory of a foreign elite.

Together with a team of archaeologists, Stantis and Schutkowski analyzed strontium in teeth from 71 individuals previously excavated at Tell el-Dab’a. “Around half died within a few centuries before Hyksos rule; the rest died during the Hyksos dynasty,” Science News reports. By determining the proportion of isotopes of oxygen and strontium in the teeth, it is possible to understand from what area the person originated.

The study revealed that 21 women out of the 27 women buried in the elite graves dating to a period shortly before Hyksos rule, came from outside the Nile Valle. These women were not locals but almost all the males were natives to the region. This has led researchers to believe that shortly before the migration started, Hyksos women married into Egyptian royal families.

Stantis said Tell el-Dab’a was an international city and attracted high-ranking foreigners during the Hyksos dynasty.

However, it’s still too early to draw any conclusion from this study. Whether the Hyksos people really did rise to power through an invasion or marriage remains to be further investigated and in time it’s possible scientists can learn more about the beginnings of these enigmatic people. The rule of the Hyksos period remains an unclear historical period we may soon be able to understand better.