A. Sutherland - AncientPages.com - Thor was the proud possessor of his hammer Mjölnir because it always served him well. His frustration was great when he awoke one morning and found that his most prized possession was gone.

The hammer Mjölnir was crucial to the Aesir God’s security and it was urgent to find it as soon as possible. 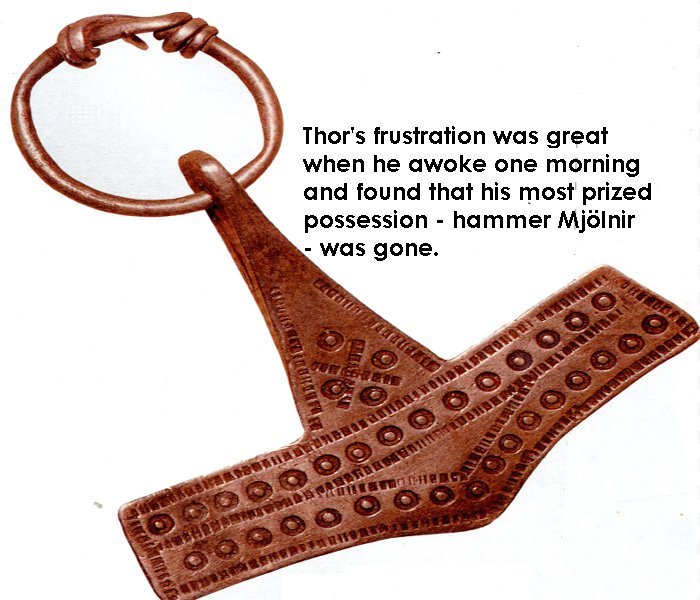 Thor immediately contacted Loki and to him, he revealed the secret of his great loss, stating that were the giants to hear of it, they would attempt to storm Asgard in a short time and destroy the gods.

One thing that the mighty god Thor did not know was that he had to suffer great humiliation to retrieve the hammer, his greatest treasure.

Loki decided to contact the goddess Freya as soon as possible at her home, where he borrowed Freya’s feather coat, which transformed him into a falcon that could travel fast even to foreign lands. 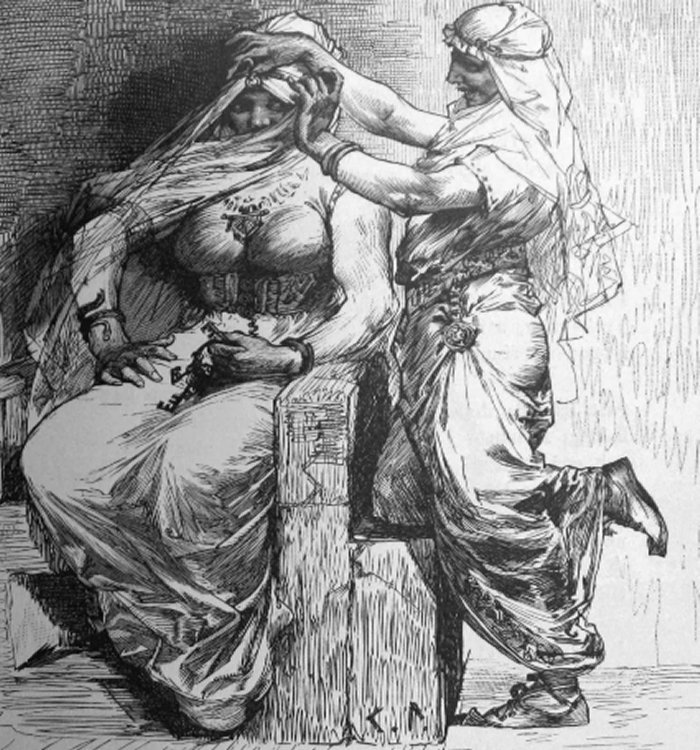 God Thor dressed as Freya by Carl Larsson and Gunnar Forssell, published in Fredrik Sander’s 1893 edition of the Poetic Edda.

Freya was eager to help: “I would give my gift even if it were made of gold or silver to find Mjölnir, “she said.

Loki flew off and began his search and so he found at last Thrym, Lord of the Giants, who asked Loki why he did come.

Then Loki asked: “Have you hidden Thor’s hammer?

“Yes”, said Thrym. I’ve hidden it deep down in the earth and no one shall have it, unless I am given Freya as my bride.”

When Loki and Thor told to Freya what Thrym said, the goddess was furious and did not want to hear about it. The Aesir gods’ reaction was at first – the great consternation, but then, they met together to discuss the situation, which was difficult, dangerous and embarrassing. 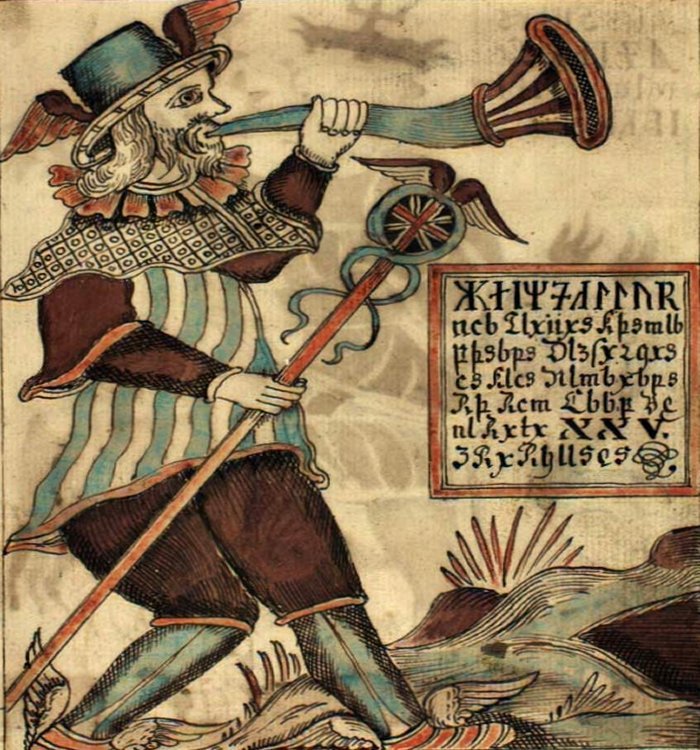 They could not force Freya to marry Thrym but how could they retrieve the hammer, then?

Heimdallr came up with a solution. His plan was good because they could get back the hammer without any risk for Freya.

“Let us dress Thor in the bride’s clothes and send him to Thrym in place of Freya. Thor protested intensively but he had no other choice as Loki reminded him of Asgard’s fate if he did not do so.

Wrapped in the finest bridal clothes and Freya’s most precious jewelry, Thor made his journey to Jotunheim accompanied by Loki disguised as the bride's handmaid.

Both Thor and Loki were welcomed in the abode of Thrym, who was very pleased to see Freya. He ordered a great feast to be prepared. Thrym noticed that “his Freya” (Thor) had an unbelievable appetite and ate a whole ox, eight salmon, and other delicacies along with three drinking horns of mead.

Thrym was surprised but Loki, a clever trickster god, explained that this appetite was caused by the bride’s longings for the wedding in Jotunheim. 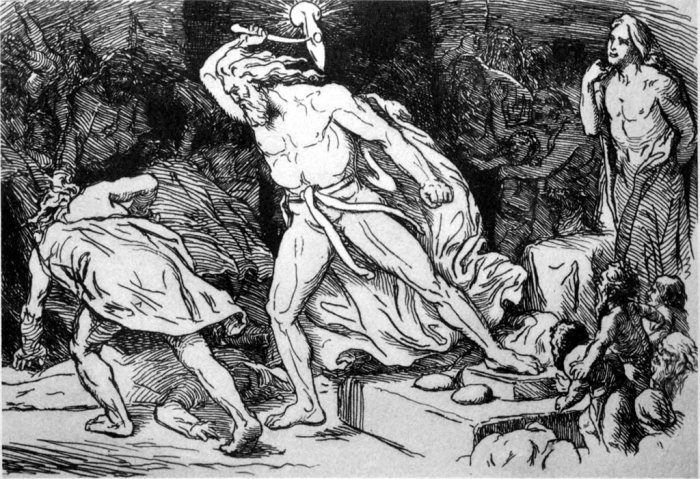 Hearing the story, Thrym was so happy that he went to kiss Freya, but suddenly he became very frightened.

“Why are Freya’s eyes so red and fierce”? Thrym wondered but he was still eager to proceed with the wedding ceremony.

He ordered the stolen hammer to be brought in to hallow the bridal couple and laid in the lap of the bride.

Then, Thor grabbed the hammer and tore off his veil. Armed once again, he crushed all the giants in the hall along with Thrym.